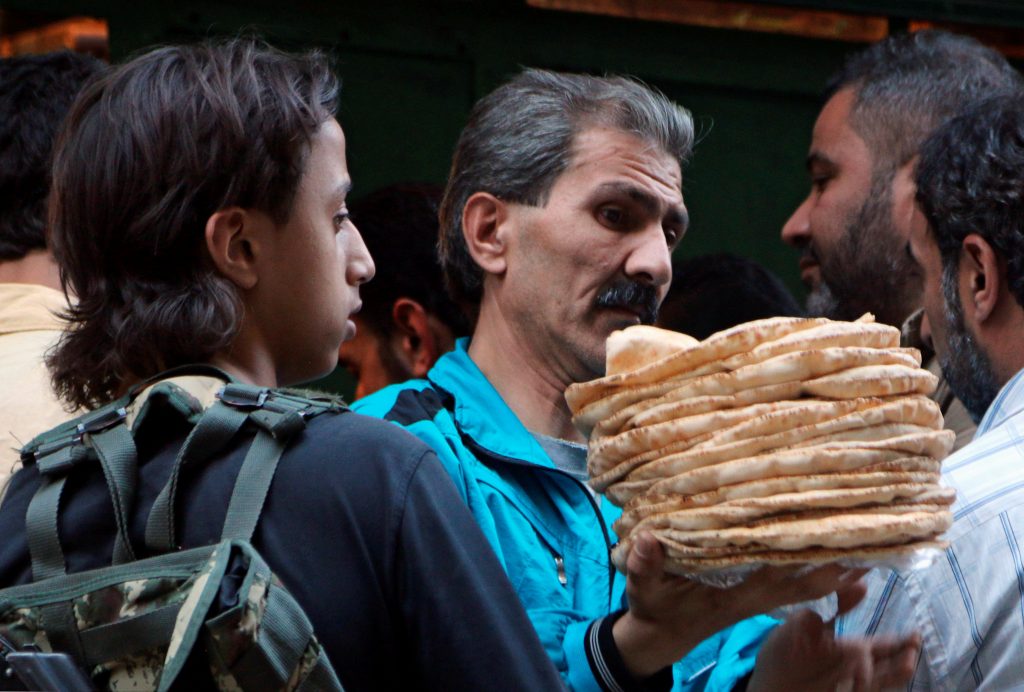 The first aid convoy since June to reach to al-Waer, a besieged suburb of the Syrian city of Homs, arrived on Thursday, the International Committee of the Red Cross (ICRC) said.

A total of 19 trucks carrying wheat flour, medical items, and water and sanitation material arrived in a joint convoy of the United Nations, the Syrian Red Cresecent and the ICRC, said Ingy Sedky, an ICRC spokeswoman.

The last convoy to reach al-Waer arrived on June 16. Aid agencies in Syria have repeatedly called for regular access to areas under siege, saying that one-off deliveries quickly run out.

The U.N. says there are more than half a million people living in 18 areas across Syria that are besieged by warring sides in the five-year conflict. Aid agencies reported deaths from starvation in government-besieged Madaya earlier this year.

U.N. humanitarian advisor Jan Egeland said last month that despite some recent positive momentum, not a single siege had been lifted and the fighting had worsened. He also said that there were no guarantees that aid access, which was largely opened up by U.S. and Russian pressure, would continue.

The Syrian government has given intermittent and often conditional approval to aid convoys. The opposition says this is a ploy by Damascus designed to defuse international pressure for full humanitarian access, which Syria is obliged to grant under international law.