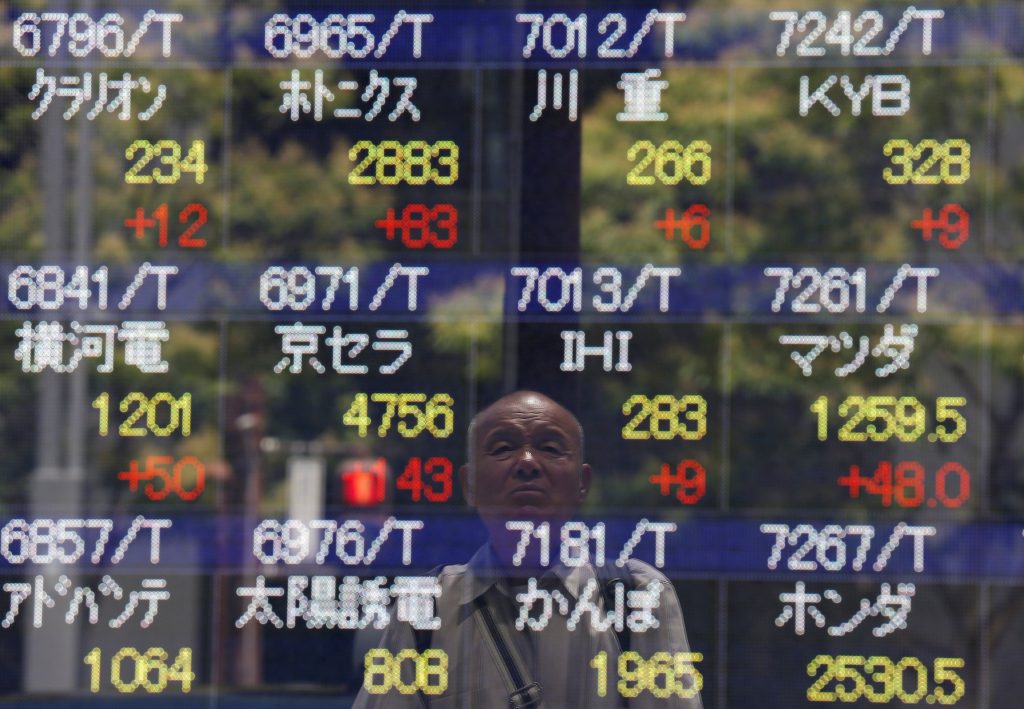 Asian shares came within reach of their 2016 highs on Wednesday as prospects of solid U.S. growth and accommodative economic policy in major markets whet investors’ risk appetite that had been damaged by uncertainty from Brexit.

“A while ago, everything looked so uncertain on Brexit. But now that the U.K. looks set to have a new prime minister … that is soothing investor sentiment,” said Masahiro Ichikawa, Senior Strategist at Sumitomo Mitsui Asset Management.

Britain’s Interior Minister Theresa May is set to take over as prime minister on Wednesday.

In Japan, Prime Minister Shinzo Abe ordered a new round of fiscal stimulus spending, as expected, after an election victory on Sunday. Abe’s meeting on Tuesday with former Federal Reserve Chair Ben Bernanke, a proponent of “helicopter money” policies – printing money and directly handing it to the private sector to stimulate the economy – fueled speculation that some of Abe’s stimulus plan might be funded by the Bank of Japan, whose fiscal roles include the issuance of banknotes.

Such expectations pushed down the yen 4 percent over the last two days. The yen last traded at 104.22 to the dollar.

The Bank of England makes its policy announcement on Thursday, with some players expecting a rate cut.

The European Central Bank is also widely expected to take a dovish stance when it holds its policy review a week later.

“After being faced with the prospect of a major slowdown in global activity in the wake of the Brexit vote, governments and central banks worldwide are now expected to do their utmost to reassure markets and provide stimulus,” wrote Angus Nicholson, Market Analyst at IG in Melbourne. “This has led to an incredible rally in equities and industrial commodities. Of course, should those expectations fail to eventuate that could stop the rally short. The greatest unknown for markets is what will happen in mainland Europe.”

The pound traded at $1.3308 after surging almost two percent on Tuesday, pulling away from a 31-year low of $1.2798 struck late in June, as investors bought back the currency on May’s appointment as prime minister.