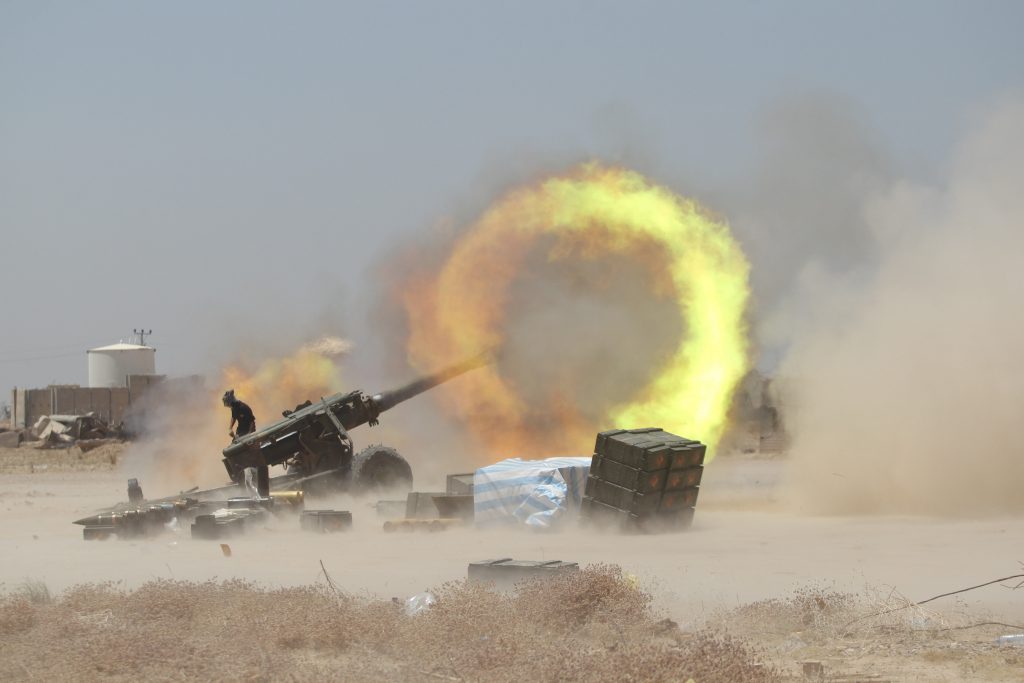 Islamic State lost an area the size of Ireland – a quarter of its territory – to hostile forces in the last 18 months in Iraq and Syria and is likely to further step up attacks on civilians in coming months, IHS said in a report on Sunday.

The territory controlled by the ultra-hardline Sunni terror group shrank from 35,000 square miles in January 2015, six months after it declared a caliphate in Syria and Iraq, to 26,370 square miles, the research firm said.

This has led the group to step up attacks on civilian targets in the Middle East and in Europe and this is likely to intensify, IHS said.

“As the Islamic State’s caliphate shrinks and it becomes increasingly clear that its governance project is failing, the group is re-prioritizing insurgency,” said Columb Strack, senior analyst at IHS and lead analyst for the IHS Conflict Monitor.

“As a result, we unfortunately expect an increase in mass casualty attacks and sabotage of economic infrastructure, across Iraq and Syria, and further afield, including Europe.”

The Iraqi military’s recapture of Fallujah, an Islamic State stronghold just west of Baghdad, last month has led the terrorists to step up bombings on Shiite Muslim targets.

Nearly 300 people died when an Islamic State suicide bomber struck in a busy shopping district in Baghdad a week ago, in one of the worst such attacks by the group to date.

Islamic State lost control of the city of Ramadi at the end of last year, another key stronghold for the group which captured large swathes of Iraq in 2014. The army is now gearing up to retake Mosul, the largest city in Iraq’s north and Islamic State’s de facto capital.

In Syria, the terrorists lost ground this year to both Russian and Iranian-backed forces supporting President Bashar al-Assad and to the U.S.-backed Syria Democratic Forces (SDF) alliance.

In February the SDF captured the town of al Shadadi, a major logistics hub for the militants, and in March Syrian and allied forces backed by Russian air strikes drove Islamic State out of the ancient Syrian city of Palmyra and surrounding areas.