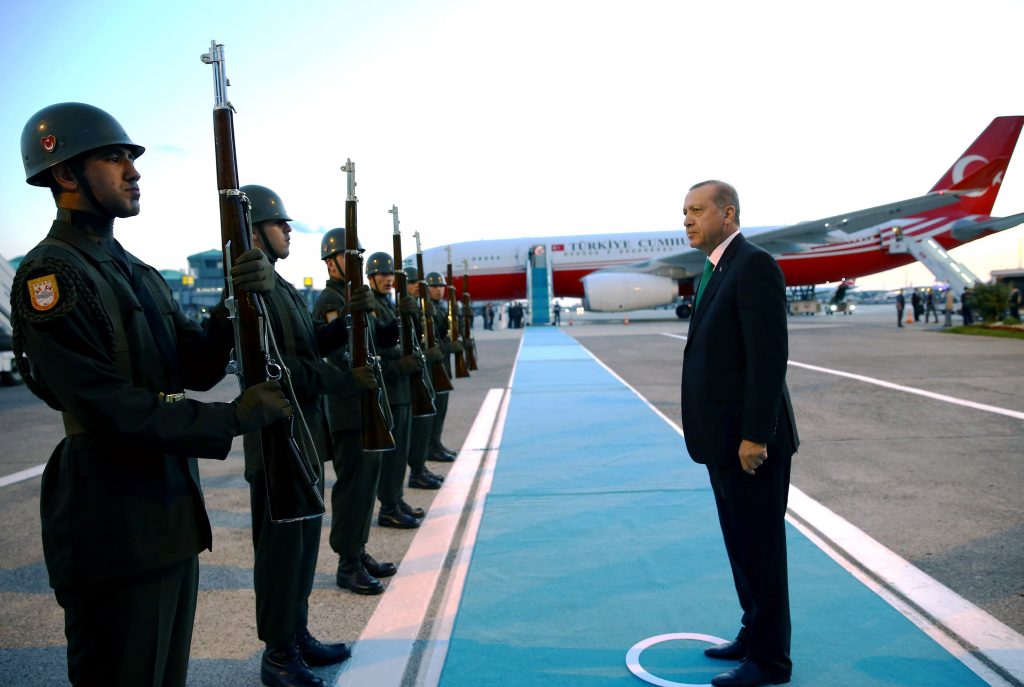 Turkish President Tayyip Erdogan called on NATO to do more to fight the threat of global terrorism, saying the 28-nation alliance needed to “update” itself to better adapt to new security threats.

NATO leaders are meeting at a summit in Warsaw on Friday where they are expected to display their resolve toward a resurgent Russia – despite what some see as a weakening of the West due to Britain’s vote to leave the European Union.

Speaking to reporters before his departure to Warsaw late on Thursday, Erdogan said he would press the leaders of fellow NATO countries to do more to fight terror attacks like the triple suicide bombing last week that killed 45 people at Istanbul’s main airport.

“As we have seen from the terrorist attacks first in Istanbul and then in Iraq and Saudi Arabia, international security is becoming more fragile,” he said.

“The concept of a security threat is undergoing a serious change. In this process, NATO needs to be more active and has to update itself against the new security threats,” he said.

The Istanbul bombing, the deadliest in a string of similar attacks in Turkey this year, is believed to be the work of Islamic State terrorists from the former Soviet Union, Erdogan has said.

It was followed by major attacks in Bangladesh, Iraq and Saudi Arabia, all apparently timed for the run-up to Eid al-Fitr, the holiday that this week marked the end of the Muslim fasting month of Ramadan.

NATO member Turkey faces multiple security threats. It is a member of the U.S.-led coalition against Islamic State in Syria and is fighting a violent insurgency in its mainly Kurdish southeast. It also faces attacks from leftist terrorists.

Turkey has taken in nearly three million refugees fleeing the war in neighboring Syria, at a cost of $11.5 billion, Erdogan said.

“As a NATO country, we want fellow members not to forget about Turkey,” he said.