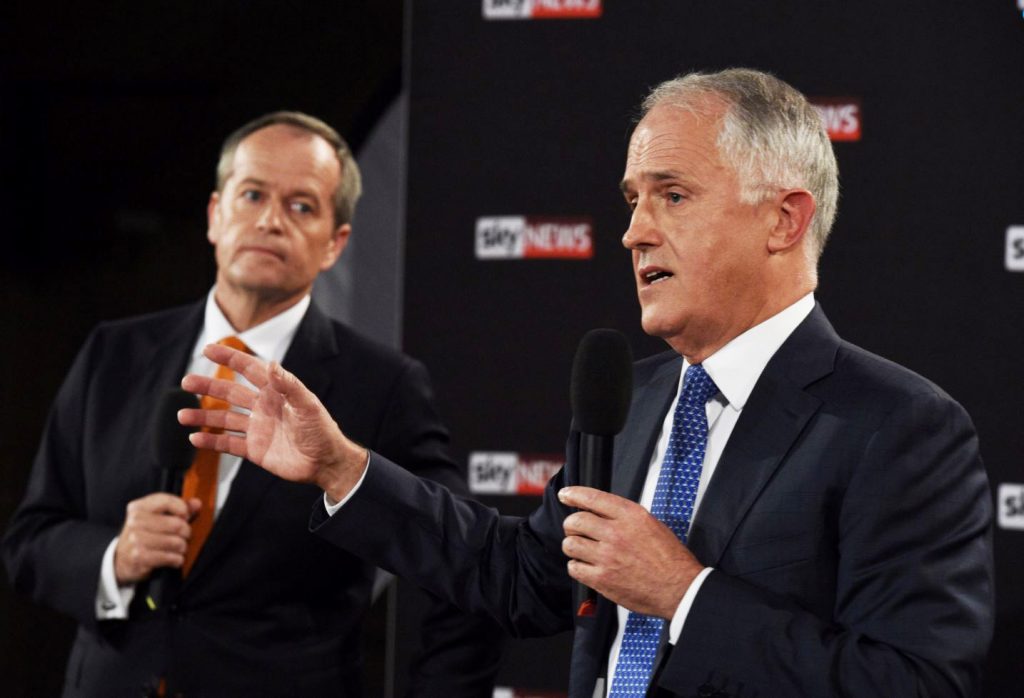 Australia’s current government remained hopeful on Wednesday of clinging to power, after weekend elections turned too close to call. But the opposition leader warned that even if the government musters a majority, it will emerge a divided administration without a mandate for its agenda.

Prime Minister Malcolm Turnbull hopes to know this week whether his Liberal Party-led coalition will achieve a 76-seat majority in the House of Representatives where it had controlled 90 seats.

Bill Shorten, who leads the center-left Labor Party, said on Wednesday that if Turnbull clung to power, he would still have to deal with the most conservative lawmakers in his party who are angry that Turnbull, a moderate, had ousted his predecessor Tony Abbott in an internal leadership ballot less than a year ago.

Turnbull would also have to deal with a more fragmented Senate, which would include One Nation party founder Pauline Hanson, a conservative firebrand denounced by major parties who opposes Muslim and Asian immigration as well as free trade. With no party holding a majority in the Senate, the next government might have to do deals with Hanson and other crossbenchers to get contentious legislation passed.

As of Wednesday, Australian Broadcasting Corp. election analysts — considered among the most reliable — were predicting that the coalition had 70 seats, Labor 67, and the minor parties and independents had five seats in the House of Representatives. Another eight seats were in doubt. Chief analyst Antony Green said a coalition majority government remained a possibility and that Labor would win fewer seats.

The Australian Electoral Commission put the coalition ahead in 72 seats, Labor in 70 and the minor parties and independents in five seats. Another three seats were in doubt. Mail-in and absentee votes that were being counted days after the weekend poll are favoring the conservatives.

At least 70 percent of votes by Wednesday had been counted in districts where the results were closest.

Abbott, who remains a Liberal lawmaker, said that a majority coalition government “does look more and more likely.”

If the government falls short of a majority, Governor General Peter Cosgrove will give Turnbull the first chance to form a minority government with the support of one or more crossbench lawmakers.

If Turnbull can’t, then Shorten will be given a chance to form a minority government. If neither side can form a government, then another election will be held.

Turnbull has taken responsibility for the campaign strategy leading into the election that was widely expected to return his government with a reduced but comfortable majority.

“We need to listen very carefully to the concerns the Australian people have expressed at this election,” Turnbull wrote on social media Wednesday.

Australian Electoral Commissioner Tom Rogers rejected criticisms in the media about the pace at which his agency was counting the votes to resolve the uncertainty. Rogers said in statement that the rare double dissolution election conducted under new voting rules was “the largest, most complex election in Australia’s history.”

The makeup of the Senate will likely take a month to calculate, the agency said.