World Duda: No Room for Anti-Semitism or Racism in Poland Today
World 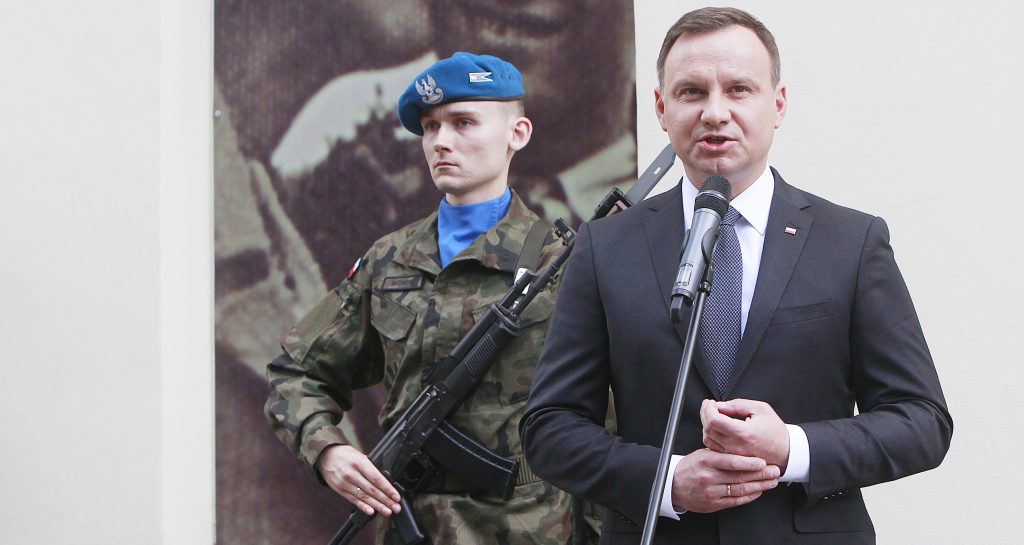 Poland’s president strongly condemned all forms of racism, xenophobia and anti-Semitism as he led commemorations Monday marking the 70th anniversary of a massacre of Jews after World War II.

Duda spoke in Kielce, where communist police and a mob killed 42 people on July 4, 1946. Coming a year after the end of World War II, the killings sent waves of fear through Poland’s Jewish community and sparked a wave of Jewish emigration from Poland.

“In a free, sovereign and independent Poland there is no room for any form of prejudice, for racism, for xenophobia, for anti-Semitism,” Duda said in a speech in Kielce, according to remarks carried by the Polish news agency PAP.

Duda and other leaders with the governing Law and Justice party, which backs Duda, have sent mixed messages on matters of prejudice since the election last year that brought them to power.

The party has taken a staunchly anti-migrant stance, with party leader Jaroslaw Kaczynski accusing refugees during the election campaign last year of carrying “parasites and protozoa” to Europe.

Duda himself won the presidency after a remark in a debate that seemed aimed at winning the support of anti-Semitic voters.

The massacre in Kielce occurred when townspeople and communist-era police attacked the Jews of Kielce with guns and clubs little more than a year after the defeat of Nazi Germany.

The mob killed 42 people, mostly Jews, while about 30 more were killed in a violent frenzy that spread across the area. The massacre was a huge blow to the estimated 250,000 Jewish Holocaust survivors — those left from a prewar Jewish population of nearly 3.5 million — leading many to feel unsafe in their homeland.