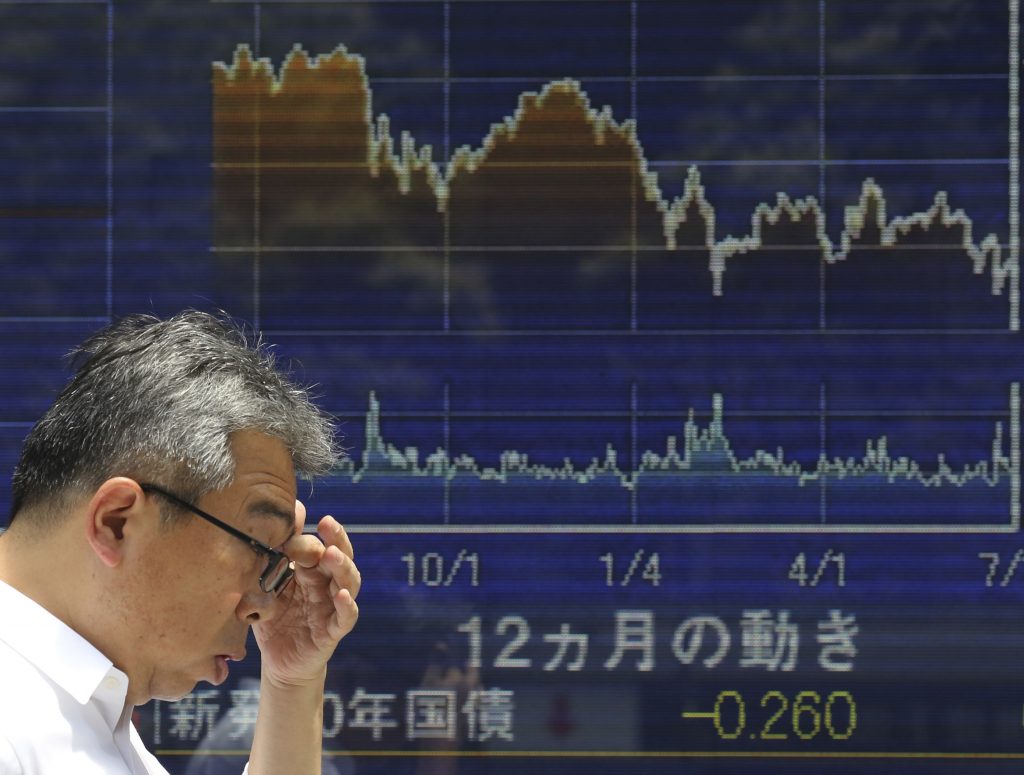 Asian shares shrugged off early losses and edged higher on Monday, while the Australian dollar was under pressure after no clear winner emerged from a weekend election. Activity across much of the region was subdued ahead of the U.S. Independence Day holiday, when financial and commodity markets will be closed.

Investors also continued to take stock of the potential financial market and economic fallout from the Brexit vote after days of volatile trade that followed in its wake.

While Australian politics usually have a muted impact on broader markets, the vote count so far suggests possible policy paralysis ahead, which could pose a threat to the country’s triple A credit rating.

But both Australian shares and the country’s currency turned higher after Moody’s Investors Service said short-lived political uncertainty would have limited implications for the country’s coveted triple-A credit rating.

Australian shares also clawed their way out of negative territory and rose 0.3 percent.

The Reserve Bank of Australia (RBA) will hold its July board meeting on Tuesday, and almost all 37 economists polled by Reuters last week expect it to keep the cash rate unchanged at a record low 1.75 percent.

But some analysts say it might hint at future policy easing in the wake of Brexit, which roiled financial markets and raised fears about a further blow to fragile global growth.

“The possibility of a hung Parliament (with possible ratings outlook implications) and the risks that we see an easing bias reinstated in the RBA statement on Tuesday due to Brexit and a deteriorating global outlook suggest that the Australian dollar should trade on the back foot,” strategists at Westpac said in a note.

The U.S. dollar took a breather ahead of the holiday, with the dollar index steady at 95.630, but it remained pressured by a fall in U.S. Treasury yields on Friday that saw the benchmark 10-year yield briefly touch a four-year nadir.

Volatile trade around the world has pressured bond yields. Early on Monday, the yield on the 5-year Japanese government bond fell to a record low of minus 0.375 percent, and the 20-year JGB yield wallowed at a record low of 0.035 percent.

“Globally, positive yields are disappearing, which has investors concerned, so they rush to purchase government bonds with positive yields,” she said.

Crude oil prices built on Friday’s surge and extended gains on Monday in Asia, bolstered by the Saudi energy minister’s view that the oil market is heading towards balance.

Silver surged 3.6 percent to $20.43 an ounce, breaking the $20-dollar level for the first time in nearly two years.