World Too Much Brussels in EU, New Presidency Says After Brexit
World 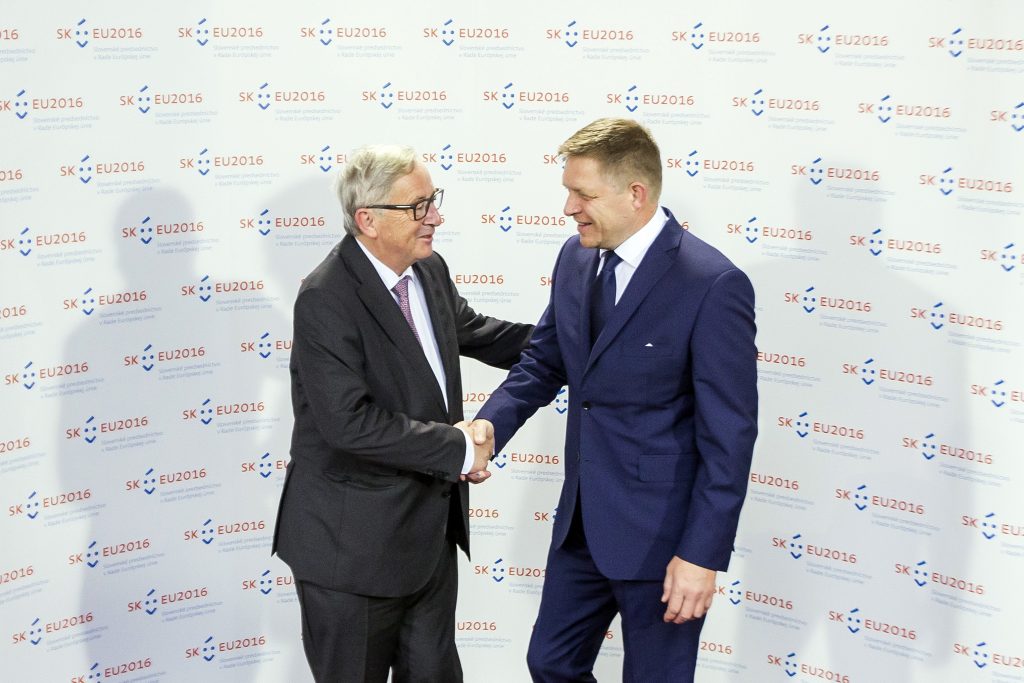 Slovakia takes over the European Union’s presidency on Friday, saying it is determined to help reconnect the EU with its citizens and put decision-making back in the hands of Europe’s nations as the bloc reels from Britain’s vote to leave.

Unveiling Slovakia’s plans for the next six months, Slovakian Prime Minister Robert Fico said the EU’s migration policy does not work and Europe has failed to properly communicate with its citizens.

He said EU heavyweight member states like France, Germany and Italy have run the show for too long, and they should start listening to the countries like Slovakia that have joined the 28-nation EU since 2004.

Slovakia, which split amicably from the Czech Republic in 1993, has a population of 5.4 million — just over 1 percent of the EU population. It is geographically at the heart of Europe, and for the next six months it will be at its political heart too.

“The crucial decisions on the future of Europe cannot be defined by the decisions of one or two member states, or by the founding member states,” Fico told reporters in Bratislava on the eve of his presidency.

“Can we be successful by selling policies that don’t work?” he wondered aloud, as the EU wrings its hands over losing a member state for the first time, and particularly the bloc’s second biggest economy.

Fico’s government also took aim at the EU’s executive arm, the European Commission, which has gained increasing power since the governing Lisbon Treaty was introduced in 2009, for dictating policy from Brussels.

“There is a feeling among the member states that they are being sidelined,” Foreign Minister Miroslav Lajcak said. “Policy should be driven by the member states and the Commission should turn it into legislation.”

Lajcak said nations should wield more power because “this is where citizens live, they don’t live in the institutions.”

He partly attributed the loss of public support for the EU to the workings of Brussels, saying “it’s probably because there’s too much [of the] institutions and too little [of the] member states.”

Migration was cited as a key reason for last week’s decision by British voters to exit the EU. But British concerns centered on migrants from other EU countries that some Britons thought were taking advantage of their country’s welfare benefits.

Other EU nations have been upset at EU’s refugee policy. Slovakia has been particularly peeved by the Commission’s mandatory quota scheme to share among all EU nations refugees from Syria or Iraq that have flooded into overburdened Greece and Italy. EU members voted to pass the measure but Slovakia was among a small minority, along with Hungary, to be overruled.

The EU’s presidency, which rotates between its member countries every six months and has most recently been with the Netherlands, sets priorities for the EU agenda and works to bridge differences and broker compromises.

Slovakia’s entrance onto the stage appears to break with the recent tradition of low-profile terms. It also promises an interesting six months ahead as the EU reflects on how best to handle the divorce with the U.K. and what direction the bloc wants to take with the rest of its members.