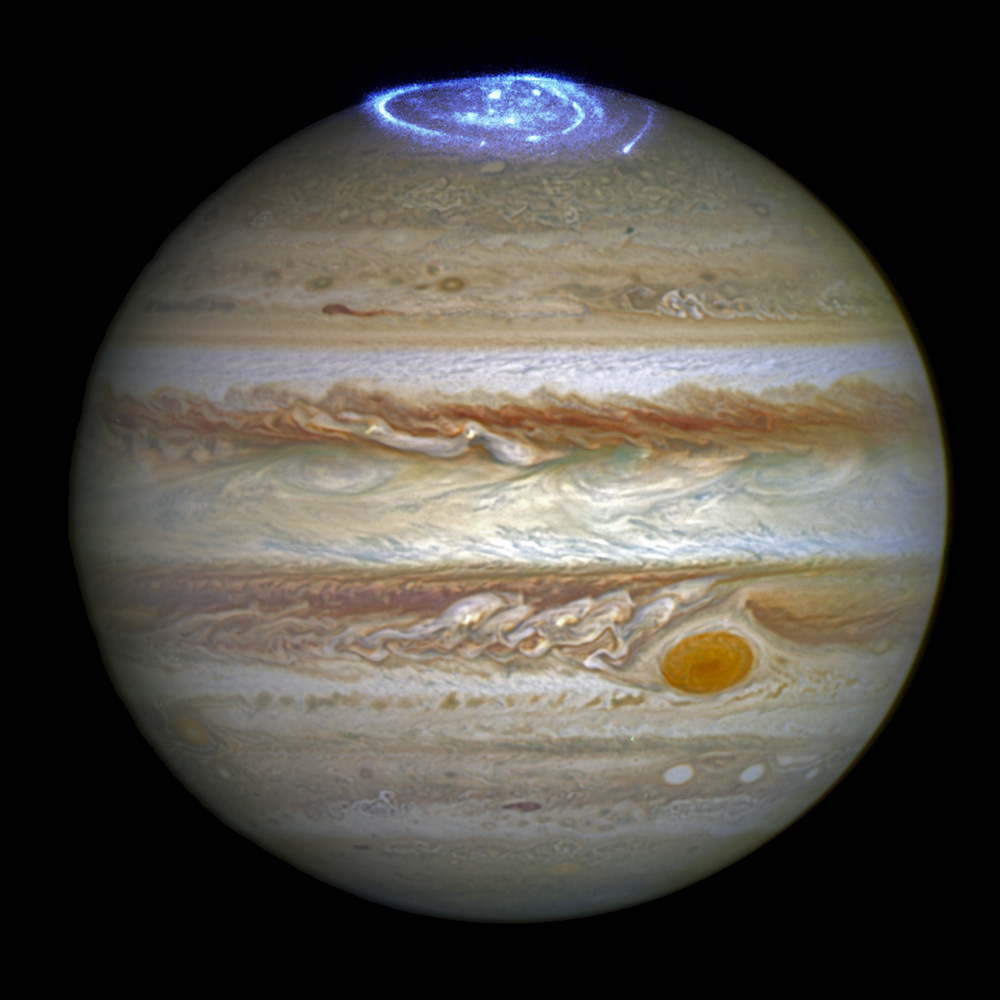 Jupiter takes center stage with the arrival next week of a NASA spacecraft built to peek through its thick, swirling clouds and map the planet from the inside out.

The solar-powered Juno spacecraft is on the final leg of a five-year, 1.8 billion-mile (2.8 billion-kilometer) voyage to the biggest planet in the solar system.

Juno promises to send back the best close-up views as it circles the planet for a year. Jupiter is a gas giant made up mostly of hydrogen and helium, unlike rocky Earth and its neighbor Mars.

As Juno approaches Jupiter late Monday, it will fire its main rocket engine to slow down and slip into orbit around the planet. This carefully orchestrated move, all preprogrammed, is critical because Juno will zip past Jupiter if it fails to brake. The engine burn — lasting about a half hour — is designed to put Juno on a path that loops over Jupiter’s poles.

Since it takes 48 minutes for radio signals from Jupiter to reach Earth, mission controllers at NASA’s Jet Propulsion Laboratory won’t be able to intervene if something goes awry. They’ll watch for beeps from Juno that’ll signal whether the engine burn is going as planned.

Spacecraft have visited Jupiter since the 1970s, but there are still plenty of questions left unanswered. How much water does the planet have? Is there a dense core? Why is its signature Great Red Spot — a hurricane-like storm that has been raging for centuries — shrinking?

During the mission, Juno will peer through Jupiter’s dense clouds, flying within 3,100 miles (5,000 kilometers), closer than any other spacecraft.

Earlier visitors included the Voyagers and Pioneers, Galileo, Ulysses, Cassini and most recently, New Horizons, which reached Pluto last year. Most were quick flybys en route to other destinations. Only Galileo — named for the Italian astronomer who discovered Jupiter’s large moons — orbited the massive planet and even released a probe.

Previous trips to Jupiter have relied on nuclear power because of the distance from the sun. Juno is the first spacecraft to venture this far out on solar power. Juno, about the size of an SUV, has three tractor-trailer-size solar wings that extend outward like blades from a windmill. The solar panels are designed to face the sun during most of the mission.

After its launch on Aug. 5, 2011, Juno took a roundabout journey to Jupiter, swinging around the inner solar system and using Earth as a gravity boost to the outer solar system.

The Hubble Space Telescope and other spacecraft have returned stunning pictures of Jupiter, including a new photo released Thursday of its northern lights. But scientists said the best views are yet to come. Juno will get in closer and will provide the most detailed look at the planet’s polar regions, clouds and auroras.

The camera onboard — the JunoCam — has been snapping pictures of Earth, Jupiter and its moons along the way. But the camera and other instruments were turned off this week to avoid any interference during the critical arrival. So there won’t be images at the nail-biting moment when Juno enters orbit around Jupiter.

The public can also vote on where to point the camera. NASA has said pictures from the mission won’t be publicly released until late August at the earliest.

Once Juno wraps up its work, it will deliberately dive into Jupiter’s atmosphere and burn up. The fiery finale — expected in 2018 — ensures that the spacecraft doesn’t accidentally crash into Jupiter’s moons, particularly the icy moon Europa, a prime target for future missions.