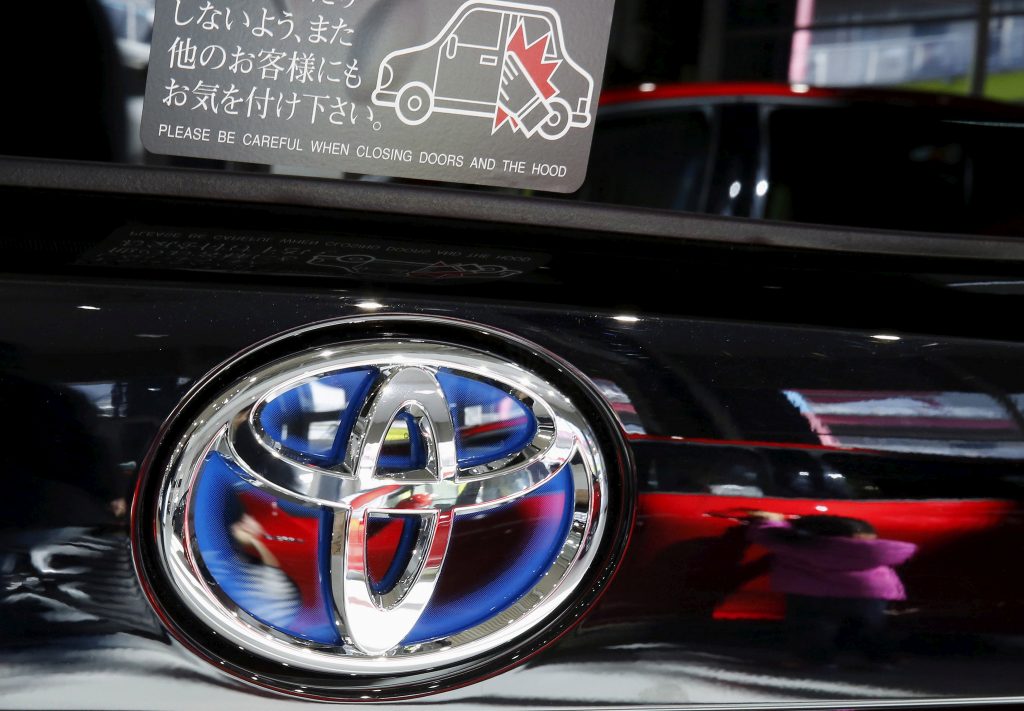 The automaker on Wednesday said it was recalling 2.87 million cars over a possible fault in emissions control units. That followed an announcement late on Tuesday that 1.43 million cars needed repairs over a separate issue involving air bag inflators.

Since some of the automaker’s gasoline-electric hybrid Prius models contain both of the potential defects, the total number of vehicles affected by the recalls is 3.37 million.

No injuries have been linked to either issue.

Toyota on Wednesday said evaporative fuel emissions control units in models produced from 2006 to 2015 including the Prius, Auris compact hatchback, and its popular Corolla models, were prone to cracks, which could expand over time and lead to fuel leaks.

Late on Tuesday it recalled Prius models and Lexus CT200h cars made from 2010 to 2012 over air bag inflators that could have a small crack in a weld, which could lead to the separation of the inflator chambers.

The inflators (which were not supplied by Takata Corp, the troubled Japanese car parts manufacturer that has had its own share of airbag recalls) could partially inflate and enter the vehicle interior, increasing the risk of injury, Toyota said.