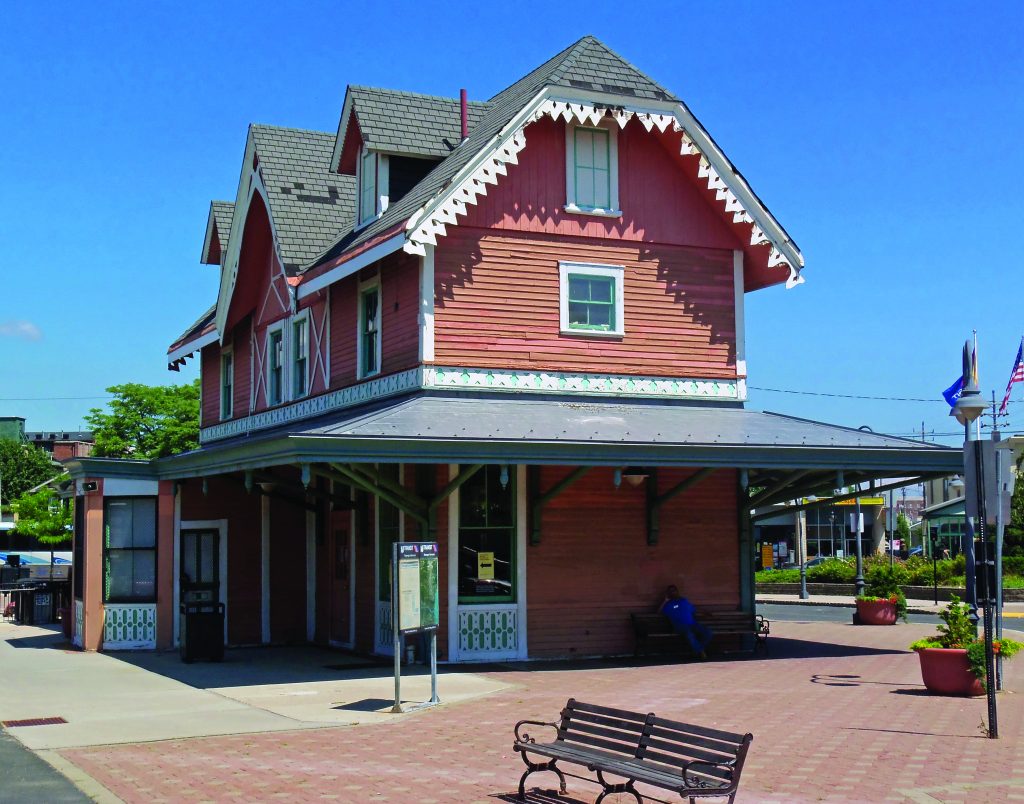 Some New Jersey commuters are lucky enough to walk through historic train stations with stories as unique as the cities and towns in which they were built.

Of the state’s historic train stations, some have been preserved and enshrined in the National Register of Historic Places. They range from majestic terminals to simple wood frame buildings. Others stations, cast off by a railroad, have been recycled as local museums, community centers and restaurants.

Some remain derelict, with uncertain futures. Here are some with backstories beyond serving masses of travelers.

Restoring a historic station isn’t easy or inexpensive. NJ Transit spent $19.8 million in fiscal year 2016 to maintain all of its stations.

In 2014, NJ Transit spent $2.5 million to stabilize and do a reconstruction of Red Bank’s station, one of the agency’s oldest, and which had fallen into disrepair. It was built in 1876 and rebuilt to its historically-accurate appearance, down to the correct colors of paint.

Its claim to fame is that the King of England and his daughter, the current Queen Elizabeth II, stopped off there while on a pre-World War II train trip. Other notable visitors included Presidents Ulysses S. Grant, Theodore Roosevelt and Franklin D. Roosevelt.

Many historic stations have similar stories. In New Brunswick, the Pennsylvania Railroad paid tribute to the city’s Revolutionary War past by building a station with architecture similar to that of a large Colonial-era home.

Califon officials felt the community deserved a better station and paid the Central Railroad of New Jersey to build the borough a large stone building, which became the centerpiece of its downtown and is now a museum.

While New Jersey hasn’t lost a station on the scale of New York’s magnificent old Pennsylvania Station, two of four large terminals located on the Hudson River in Hudson County were demolished in the early 1960’s.

Some smaller buildings, such as Denville’s station, were lost to fire.

Other stations defied the odds, such as the former Jersey Central Railroad Terminal in Liberty State Park, which is used for events. It was abandoned by the cash strapped railroad in 1967, along with the rail yards, which were used for the park in 1976.

The Victorian building reopened in June after damage from Hurricane Sandy was repaired.

In Hoboken, restoration work uncovered a Tiffany stained glass ceiling in the waiting room, which had been painted black during World War II.