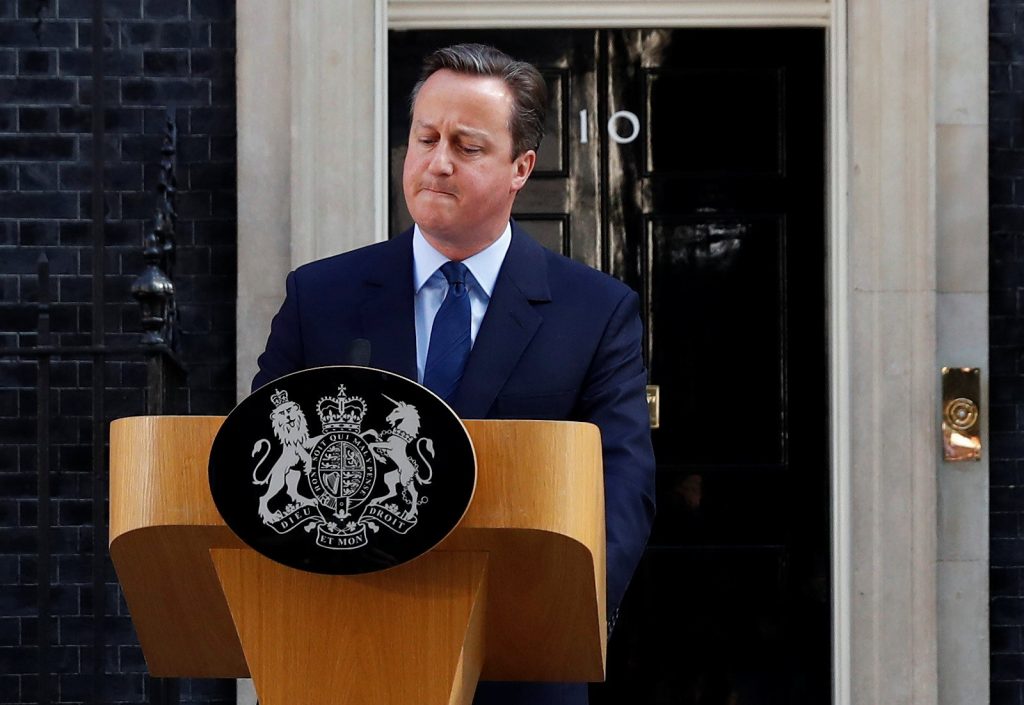 British Prime Minister David Cameron said he would resign as prime minister by October after Britons ignored his pleas to stay in the European Union and voted in a referendum to leave.

“I do not think it would be right for me to try to be the captain that steers our country to its next destination,” Cameron told reporters on Friday outside his Downing Street office. Cameron, who choked back tears, gave no detailed timetable but said there should be a new leader by the time his Conservative Party holds its annual conference in October.

“This is not a decision I’ve taken lightly but I do believe it is in the national interest to have a period of stability and then the new leadership required,” he said.

“I think it’s right that this new prime minister takes the decision about when to trigger article 50 and start the process of leaving the EU.”