Politics Sanders: ‘It Doesn’t Appear That I’m Going to Be the Nominee’
Politics 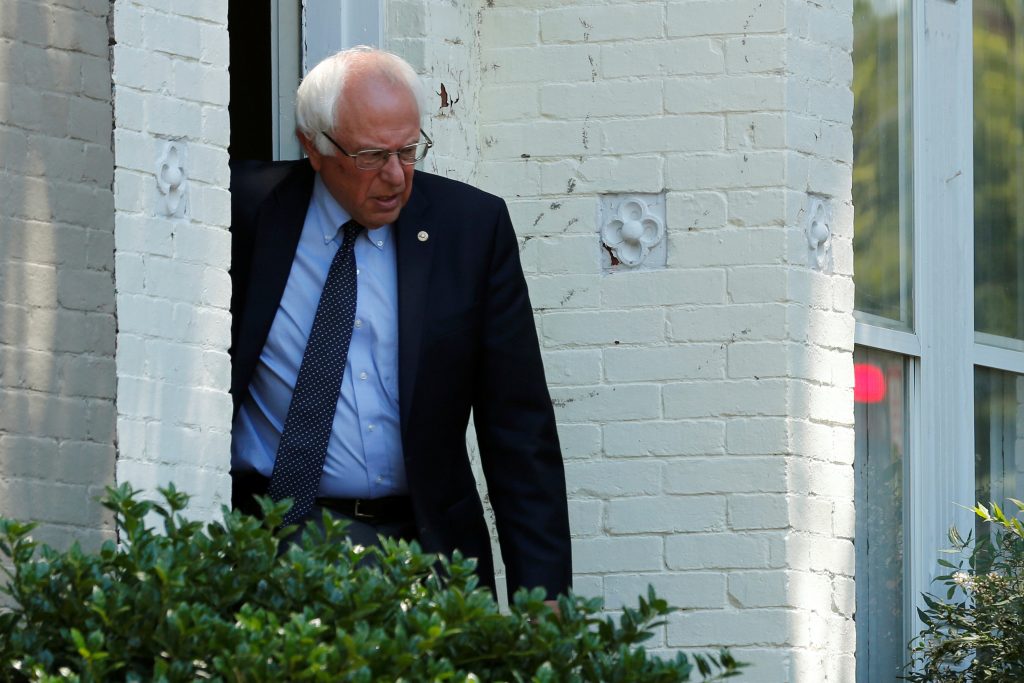 Sen. Bernie Sanders acknowledged Wednesday that he will likely not be the Democratic presidential nominee.

“It doesn’t appear that I’m going to be nominee,” Sanders said in an interview with C-SPAN, responding to a question of whether he would speak at the Democratic Convention in July.

Sanders has pledged to stay in the race for the Democratic nomination, even after former Secretary of State Hillary Clinton secured the number of delegates necessary to win the nomination. But he has also said that he would work to defeat the presumptive Republican nominee, billionaire Donald Trump.

Sanders told C-SPAN that he wants to help change the Democratic Party, particularly the role of so-called superdelegates, or party officials and elected leaders who are not bound to a certain candidate but have a vote at the convention.

“They should reflect votes of people in their states,” Sanders said.

The Vermont senator also said his staff was negotiating with the Clinton campaign on nearly a daily basis.

“What we want to do is see Secretary Clinton stake out the most progressive positions that she can on campaign finance reform, on health care, on education, higher education in particular, on the economy and minimum wage,” Sanders said.

Rep. Elijah Cummings, a Maryland Democrat who heads the committee drafting the platform, said Wednesday the panel could finish a draft by this weekend.

Sanders also discussed his role in the Senate when he returns from the campaign trail. A number of his colleagues have predicted that he would have more clout in the chamber after his presidential bid that energized thousands of voters.

The Vermont Independent is a senior member of the Budget Committee, but told C-SPAN that he would prefer to lead the Health, Education, Labor and Pensions Committee. Sen. Patty Murray (D-Wash.) is currently the ranking member of that committee.

“I don’t know what the dynamics are now, where Patty may or may not go,” Sanders said. “The Democrats on that committee are pretty progressive and it also deals with the issues that I’ve been involved in my whole life”

Sanders said it was “a little bit too early” to decide on whether or not he would run for re-election to the Senate in 2018.

Sanders returned to the Senate this week for the first time since January, to cast his vote on a series of gun control measures following the shooting at a club in Orlando, Fla.