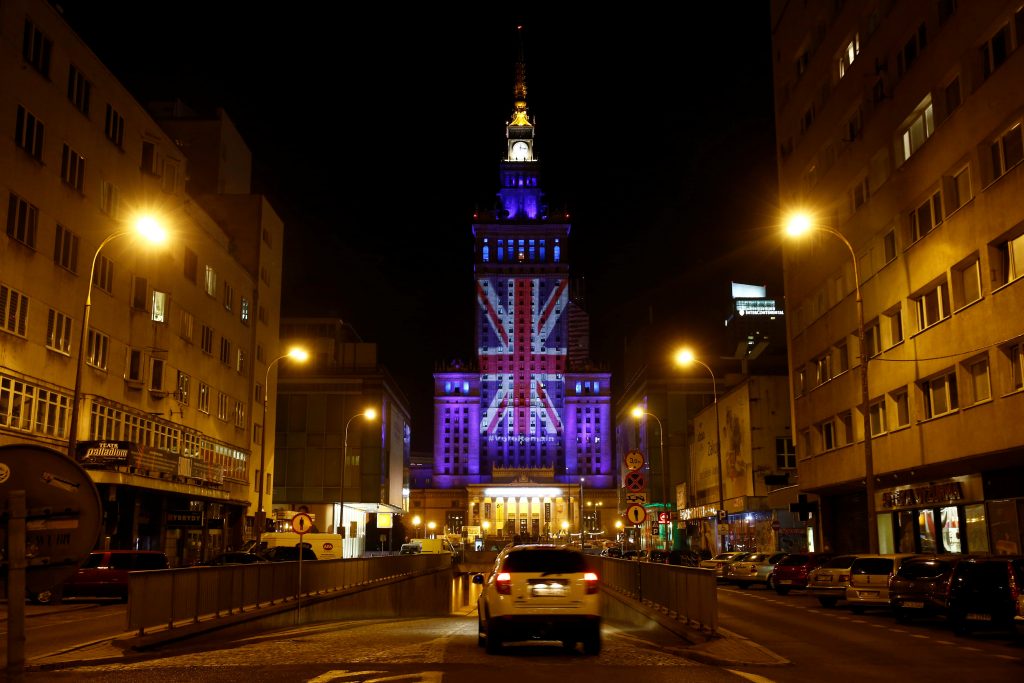 British Prime Minister David Cameron and his euroskeptic opponents made final pitches for wavering voters on Wednesday on the eve of a defining referendum on European Union membership with the outcome still too close to call.

The vote, which echoes the rise of populism elsewhere in Europe and the United States, will shape the future of Europe. A victory for “out” could unleash turmoil on financial markets.

Thursday’s vote will take place a week after the murder of ardently pro-EU lawmaker Jo Cox shocked the country, raising questions about the tone of an increasingly bitter campaign.

Much of the debate has boiled down to two issues: the economy and immigration.

The City of London financial center, the International Monetary Fund and the majority of British business leaders back Cameron and his Remain camp’s stance that to leave the EU would plunge Britain into recession, costing jobs and raising prices.

Supporters of a so-called Brexit have struck a chord with many voters by saying Britain would regain control of immigration if it cut itself loose from a bloc they see as domineering and out of touch.

In what has become an ugly and personal fight, both camps have been accused of using unfounded assertions and scare tactics. Remain campaigners accuse their opponents of embracing the politics of hate; the Leave camp say their rivals have run a “project fear” to scare voters about the economic risks.

Both sides hit the road and the airwaves to appeal to the large number of undecided voters who will be decisive, along with the level of turnout.

“It’s our last chance to sort this out and take back control,” said former London mayor Boris Johnson, the main leader of the Leave campaign and favorite to replace Cameron in the event of Brexit.

“If we don’t vote to leave tomorrow we will remain locked in the back of the car, driven in an uncertain direction frankly to a place we don’t want to go and perhaps by a driver who doesn’t speak the very best of English,” he said.

He was flying around Britain in a helicopter to spread the Brexit message, making an unashamed play to British patriotism by declaring Thursday could be Britain’s “independence day.”

The leader of the anti-EU UK Independence Party (UKIP), Nigel Farage, also played the nationalist card in an address to supporters in London.

“They (the EU) have an anthem, they are building an army, they have already got their own police force, and of course they have got a flag,” Farage said.

“At the end of the day tomorrow when people vote they must make a decision – which flag is theirs? and I want us to live under British passports and under the British flag.”

Cameron, who called the referendum under pressure from his own Conservative party and from the insurgent UKIP, urged voters to remain in the club Britain joined in 1973.

“If we leave, we will diminish our country and our ability to get things done in the world,” he told a crowd in Bristol in western England.

“We’ve got one day left to hammer out that message; stronger, safer, better off. Please give it everything you’ve got in these last hours to make sure that people go out and vote tomorrow.”

Opinion polls have painted a contradictory picture of public opinion in a deeply divided nation. Some published since Cox’s murder have suggested a slight lead for Remain, though often within the margin of error.

Election experts say turnout will be crucial because of a gulf between generations, with young voters, who have a poor voting record, strongly backing staying in the EU, while older, more regular voters tend to favor an exit.

The implied probability of a Remain vote was at 76 percent, according to polls, while the pound edged back to $1.4659 after climbing to as high as $1.4788 on Tuesday, its highest level since Jan. 4.

World leaders including U.S. President Barack Obama, Chinese President Xi Jinping, German Chancellor Angela Merkel and the NATO and Commonwealth allies have urged Britain to remain in the EU. Some have warned of the drawbacks of isolation.

France’s government spokesman said on Wednesday Britain would lose access to the EU’s prized single market if it voted to quit and ceased paying into the common budget.

Cameron’s personal future also hangs on the result. The EU issue has divided his Conservative Party since the days of his distant predecessor Margaret Thatcher, bringing an end to her decade in office in 1990.

A vote to leave would almost certainly cost him the top job, though he has said he will stay. But even narrow backing for remain could undermine his authority and shorten his term.

A Brexit vote could unleash turmoil on foreign exchange, equity and bond markets, lead to a political crisis in Britain and fragment the post-Cold War European order.

EU leaders, while unanimously urging Britain to stay, are already skirmishing over whether the right response to a Brexit would be closer integration of the remaining members or a rethink of the way Europe is governed.

The EU would have to weather the exit of its No.2 economy representing $2.9 trillion of its gross domestic product, the only European financial capital to rival New York and one of its only two nuclear powers, while Britain’s economy could stall.

Scotland’s First Minister said Brexit could also trigger another independence referendum if Scots backed staying the EU but were dragged out by the English.

The bosses of 51 of the FTSE 100 British companies, and 1,285 business leaders who together employ 1.75 million people, signed a joint letter to The Times urging voters to remain.

“Britain leaving the EU would mean uncertainty for our firms, less trade with Europe and fewer jobs,” they said. “Britain remaining in the EU would mean the opposite: more certainty, more trade and more jobs.”

A vote to remain would trigger a rise in sterling and relief in Western capitals, unleash pent-up investment in Britain but still leave the country — and the Conservatives — bitterly divided, especially if the margin of victory were thin.

Citibank estimated in a research note that there was a 60 percent chance Britons would vote to stay in the EU but said a “close remain” could still undermine political stability in both the United Kingdom and the 28-country bloc.

Bookmaker William Hill said about 20 million pounds had been staked on the outcome of the referendum across the betting industry, two-thirds of it on a vote to remain in the EU.