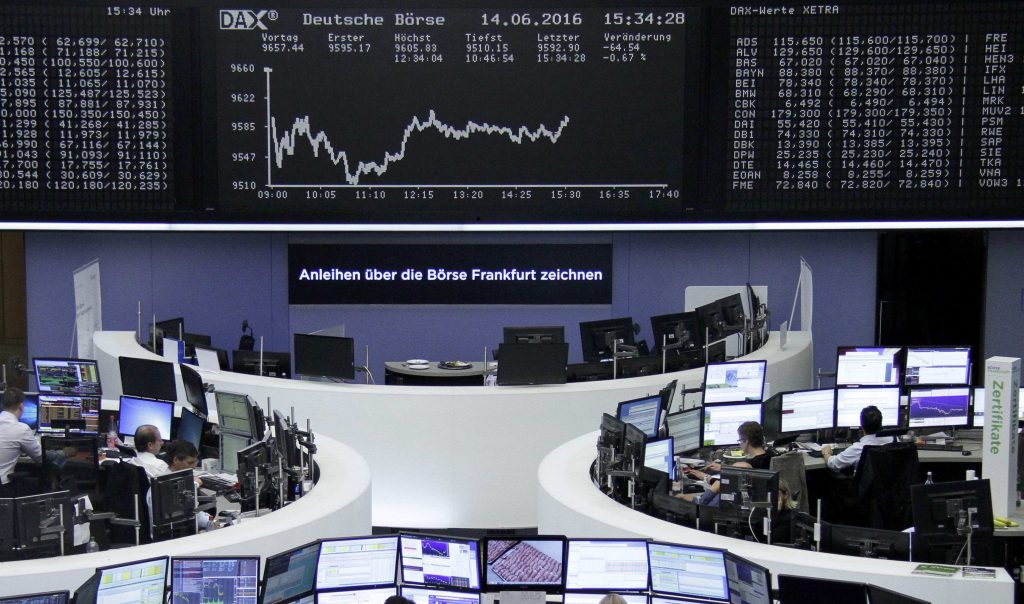 European stocks fell on Thursday, with key regional equity indexes dropping towards their lowest level in nearly four months as concerns lingered over Britain’s vote next week on its European Union membership.

The pan-European STOXX 600 index fell 1.4 percent, while the European FTSEurofirst 300 index declined 1.3 percent, with both of those indexes near four-month lows.

Shares in UBS and Credit Suisse underperformed with falls of more than 2 percent, after the Swiss National Bank (SNB) said those two banks would likely each need to raise an extra 10 billion Swiss francs ($10.4 billion) in capital to meet new leverage requirements.

U.S. stocks fell on Wednesday, with the U.S Federal Reserve having lowered its economic growth forecast and signalling it still planned two rate increases this year, even though the Fed put off an immediate rate hike.

Fed Reserve Chair Janet Yellen acknowledged that Britain’s possible exit from the European Union was one of the factors in the latest rate decision, saying the June 23 referendum would have “consequences for economic and financial conditions in global financial markets.”