Op-Ed Opinion EXCLUSIVE: Victory in Albany and the Future of the Bag Tax
Op-EdOp-Ed Opinion 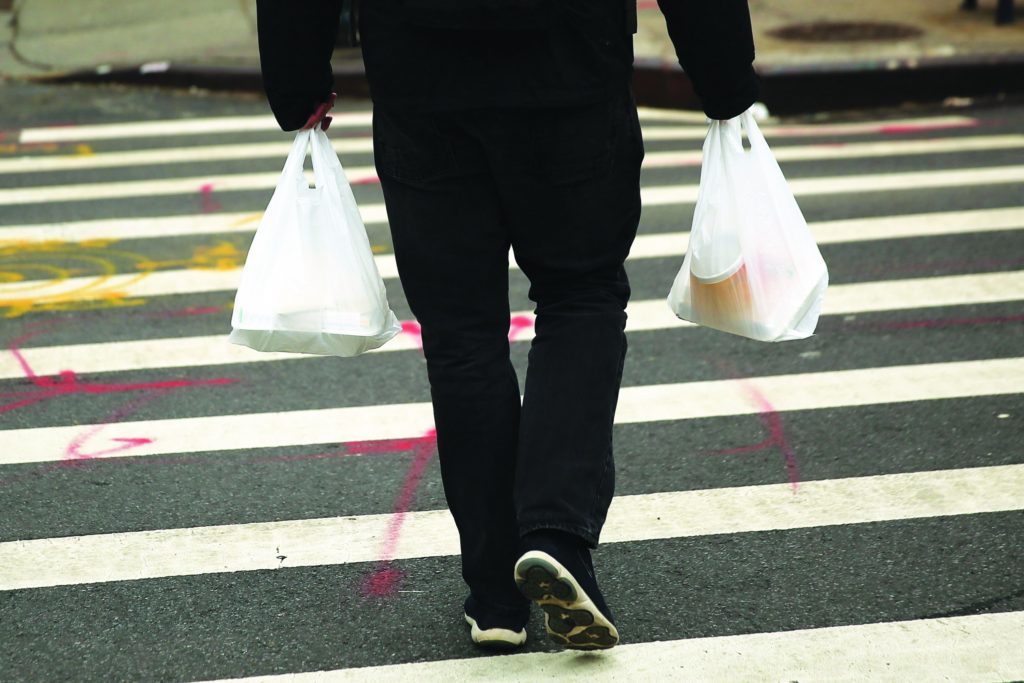 Contrary to the old saying, you can fight City Hall. But when you do, City Hall will certainly fight back — and they often fight dirty.

The recent construction and deconstruction of the unpopular Bag Tax is a case in point. The Bloomberg administration tried to push through a similar measure when I was on the City Council but we were successful in stopping it at that time. This time, under the guise of an environmental mandate, the Council put together a small majority and voted to enact a 5-cent tax on plastic carry-out bags, which the mayor signed off on. Then the Council celebrated the new tax as if a holy mission had been fulfilled.

But New York City residents were feeling anything but festive. My phone began to ring the next day as news of the new tax spread. And I wasn’t the only elected official inundated with calls. My colleagues in both the Senate and the Assembly who represent City residents could hardly believe how many calls they received, nor the level of ire that this tax had prompted. The Bag Tax’s champion on the City Council admitted that his goal was to irritate New Yorkers. Mission accomplished.

But what I saw was more than irritation. The Council had overstepped its reach on several counts. Minimally, the City has no right to levy a tax on New Yorkers. The jurisdiction to assess and collect taxes belongs to the State Legislature.

Of equal importance, the City Council — a subset of our Government for the people, by the people—had proven to New Yorkers yet again that it wasn’t representing the will of its constituents. Instead, it was dictating its own will to them. “We don’t like plastic bags anymore,” said the Council, “so we’ll make sure you don’t, either.”

Government decides people are too fat, so no more big sodas. Environmentalists decide that foam cups are no good, so ban them. Traditional circumcision seems a little dangerous so outlaw a 3,300-year-old custom… Where do we draw the line?

This is not how government is supposed to work. Elected officials are supposed to represent the interests of their constituents, not the other way around. So I did my job. I listened to my constituents, who are overwhelmingly opposed to the new Bag Tax. Moreover, I entered into discussions with my colleagues in Albany and asked what their constituents were saying. Most concurred with what I had found at home in Brooklyn: The Bag Tax was an unjust burden.

So I decided to fight City Hall.

Last month I introduced a bill that would prohibit the imposition of any tax, fee or local charge on carry-out merchandise bags. My bill was co-sponsored by nearly a dozen of my colleagues in the Senate representing a bi-partisan effort to quash the foolish Bag Tax. Assemblyman Michael Cusick introduced a similar bill, which saw equivalent bi-partisan enthusiasm. His bill quickly passed through the Assembly’s Cities Committee, while mine passed through the Senate’s Cities Committee unanimously. And then, on June 7, my bill passed in the Senate by a strong, bi-partisan majority — a far greater majority than the Council’s Bag Tax enjoyed.

I must pause to thank all of you for supporting these efforts. Together, we fought City Hall. People complained that no one was fighting for them so we stood up and, together, our efforts led to thousands upon thousands of New Yorkers becoming actively engaged in this issue. Our online petition saw impressive activity, many of you spread the word on social media, and together we made great progress.

Unfortunately, the Assembly let us down. Following the Senate’s passage of my bill, I was disappointed that the Assembly didn’t bring the bill to a vote (no surprise — the Assembly failed us on EITC [Earned Income Tax Credit], too). Instead, the Assembly accepted an offer from the City Council to revisit the Bag Tax. The nickel-per-bag that would be collected beginning in October would now be postponed until February, allowing the Council and the Assembly to “work together on a solution,” according to a statement from the Assembly Speakers’ spokesman.

What does this mean to all of us? It means the Council’s Bag Tax cannot become law before we are back in session in Albany. It means we’ll get a second shot at this issue in February before anyone is nickel-and-dimed at the grocery store. It means that together, we told the City Council that people are more important than bags, and that measures can’t be forced on people for “their own good” when the majority of us disagree with the agenda.

We’ve seen measurable progress. The foolish Bag Tax — a new darling of liberal progressives — can’t become a reality until Council revises the law to the Legislature’s satisfaction. Rest assured that Assemblyman Cusick and I will be watching closely. We’ll continue to do our jobs.

And you have to continue to do yours, too. You have to continue to tell your elected representatives on the City Council and in the Assembly that New Yorkers don’t want a tax on their carry-out bags. If the environment is really the concern, let’s do something positive rather than impose a regressive tax on families.

In the mean time, let’s take this victory for what it is: A victory.