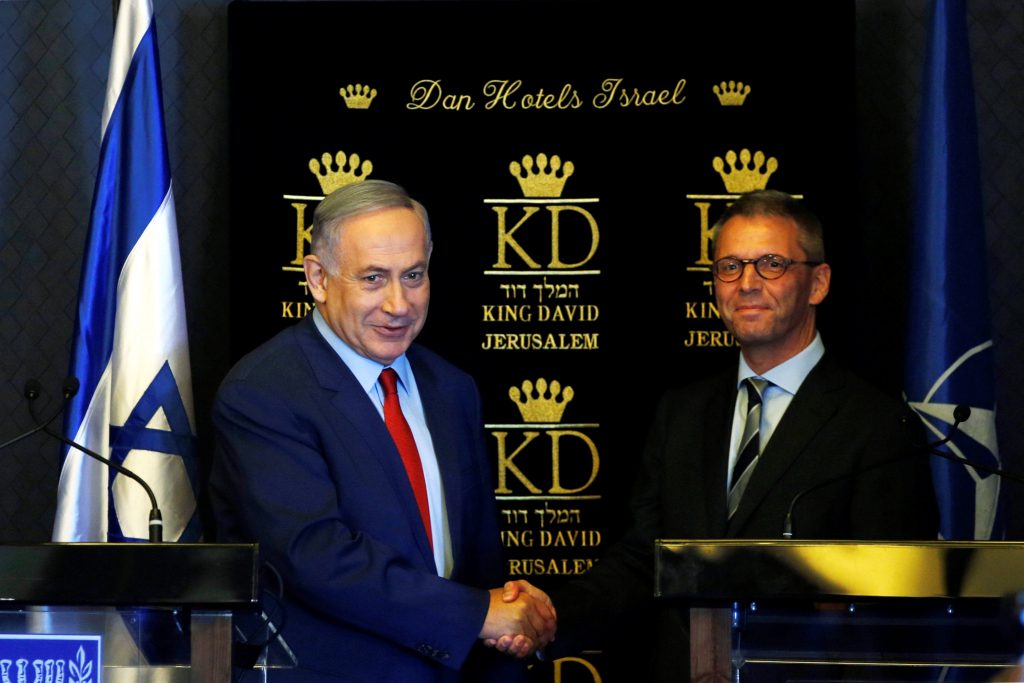 Israel’s efforts to reconcile with NATO member Turkey will help enhance Israeli intelligence sharing and other security cooperation with the alliance, a NATO diplomat said on Tuesday.

Ankara has chafed at Israeli contacts with NATO since the Mavi Marmara incident; but with both countries now working to mend fences, Turkey last month acquiesced to Israel setting up representation at the Brussels headquarters.

Hosting envoys from NATO countries in Israel, including the Turkish chargé d’affaires standing in for the ambassador who was withdrawn during the bilateral crisis, Prime Minister Binyamin Netanyahu offered to further close ranks with the alliance.

Israeli officials declined to elaborate on this, but one of the foreign diplomats who took part in the meeting cited Israeli intelligence, as well as the country’s cyber-security and battlefield medicine capabilities, as assets to NATO.

“There is a host of areas where we could start doing more (but) cooperation has been stifled. Turkey, to put it frankly, has blocked many (Israel-NATO) activities,” the diplomat told Reuters on condition of anonymity. “Now there seems to be a light at the end of the tunnel.”

Where Israel might have previously cooperated in such fields with NATO members on a bilateral basis — for example, by giving the United States intelligence findings on Islamic State terrorists in the region — its closer involvement with the alliance would streamline the process for all 28 members, the diplomat said.

“It means that it (Israeli input) is easier to share through the NATO command structure, if we have that framework,” said the diplomat, who cautioned, however, that this framework required that Israel and Turkey finalize their reconciliation deal.

Both sides have said the deal could be imminent, though it remains unclear how they might reach terms on Turkey’s long-standing demand that Israel remove its naval blockade on Gaza.

“There are creative solutions to be found, and I think that both sides have the political will to find a solution,” a Turkish official told Reuters, describing an agreement with Israel as “very close.”

Israel’s role in the NATO-sponsored Mediterranean dialogue has allowed it to hold security contacts with several Arab countries with which it does not have formal bilateral relations — a boost to Netanyahu’s vision of outflanking arch-enemy Iran through regional cooperation.

“In the Middle East, terrorist groups spread chaos and violence, posing a threat to our security and our way of life,” Danish Ambassador to Israel Jesper Vahr, the point-man for NATO envoys in Israel, said in public remarks.