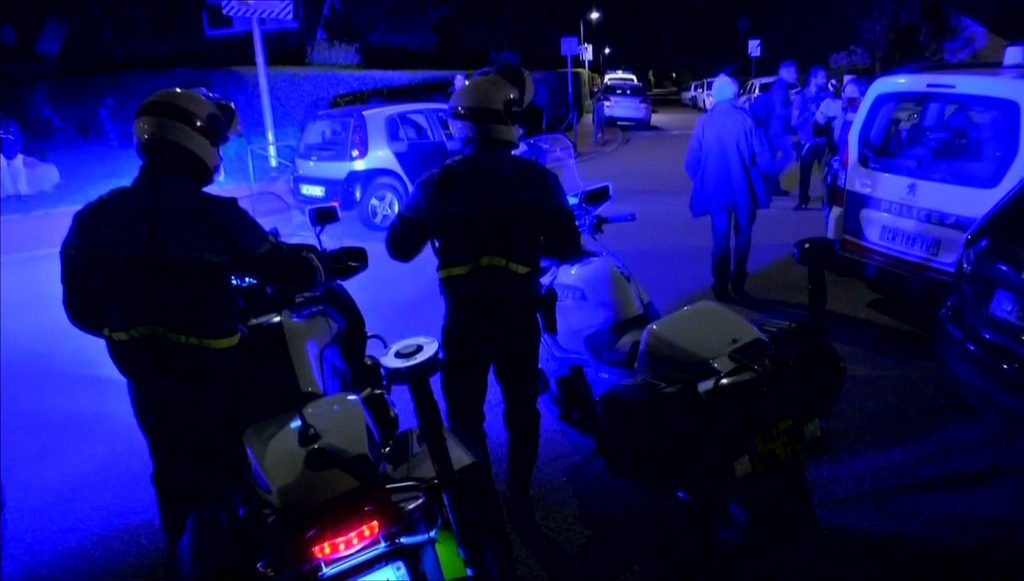 A knife-wielding terrorist stabbed a French police chief to death in front of his home late on Monday and then entered his house and killed the chief’s wife, an administrative police official, in an attack claimed by Islamic State and denounced by the government as “an abject act of terrorism.”

The terrorist repeatedly knifed the 42-year-old commander in the stomach before barricading himself inside the house in a Paris suburb, an Interior Ministry spokesman said.

He was shot dead by members of an elite police unit after negotiations failed.

Police and judicial sources said that the terrorist was a 25-year-old man who had been monitored by security and anti-terrorist services after he received a three-year prison sentence in 2013 for helping Islamist terrorists go to Pakistan.

The man, whom police and justice sources named as Larossi Abballa, was shot dead by members of an elite police unit after negotiations failed.

A judicial source said the antiterrorism unit of the prosecutor’s office had been given responsibility for the investigation because of comments made during lengthy exchanges between the terrorist and negotiators. The source gave no further details.

“Source to Amaq agency: Islamic State fighter kills deputy chief of the police station in the city of Les Mureaux and his wife,” Amaq said on its news site.

President Francois Hollande held an early morning emergency meeting over the killings, his office said before Amaq posted its statement, underscoring the seriousness with which the Elysée presidential palace is treating the incident.

If it is confirmed that Islamic State was behind the murders, it would be the first terror attack on French soil since the government imposed a state of emergency after multiple attacks on Paris in November that killed 130 people.

Monday’s killings took place as France, a founding member of the U.S.-led coalition waging air strikes against Islamic State, was already on high alert for terrorist attacks during the Euro 2016 tournament which began on Friday.

The terrorist struck in the Paris suburb of Magnanville, about 30 miles northwest of the French capital and about 15 miles from Les Mureaux, where the police commander was stationed.

He stabbed the police commander nine times in the stomach before forcing his way into the house.

“Negotiations were unsuccessful, a decision was made to launch an assault,” Interior Ministry spokesman Pierre-Henry Brandet said. Officials have not revealed the identity of the 42-year-old officer.