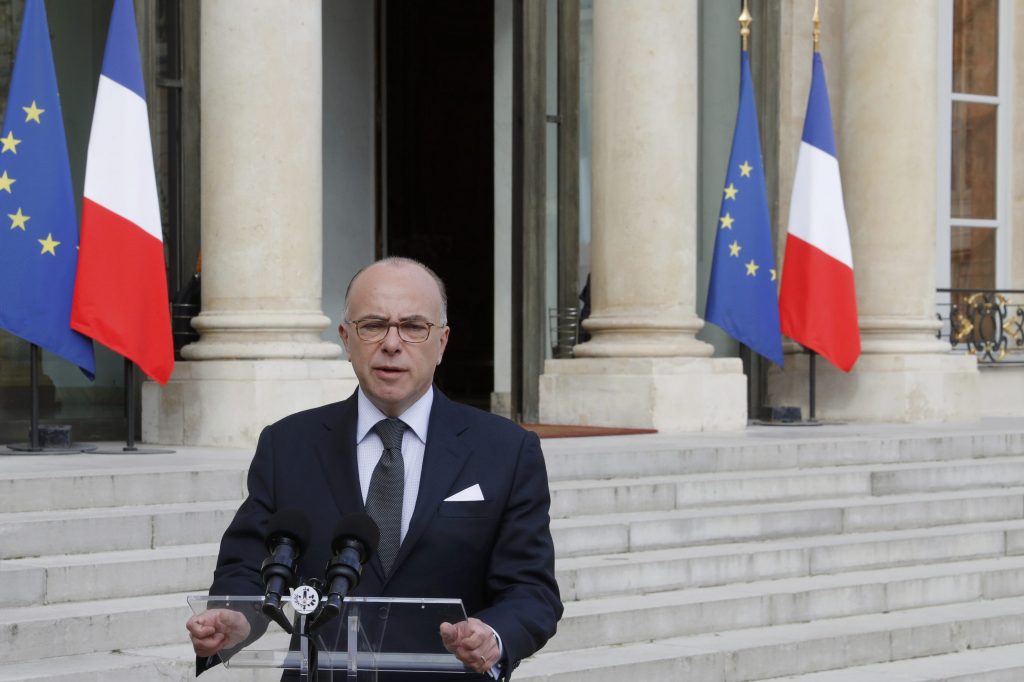 French Interior Minister Bernard Cazeneuve has denounced what he called “an abject terrorist act” after a terrorist killed two police officials outside Paris, and warned that France, Europe and the West remain under a high threat of the kind of extremist violence seen in the Orlando shooting.

Speaking after an emergency meeting convened Tuesday morning by French President François Hollande, Cazeneuve said more than 100 people seen as potential threats have been arrested in France this year, including in recent weeks.

France has been on particularly high alert, and is still under a state of emergency after deadly Islamic State terror attacks in November.

The threat “is high in France, it’s high in Europe, it’s high in the Western world as shown by the events that happened 48 hours ago in the United States,” Cazeneuve said.

He did not give details about Monday’s attack in the Paris suburb of Magnanville, in which a knife-wielding attacker stabbed to death an off-duty senior police officer and a woman police official. The couple’s 3-year-old son was unharmed, and the terrorist was killed in a police raid.

The police commander was attacked outside his home, then retreated indoors and elite police commandos laid siege to the residence, eventually storming it after a roughly three-hour standoff.

France, like other countries in Europe, has seen a series of stabbings aimed at police officers or soldiers and carried out by Muslim radicals. IS has encouraged its supporters to stage such attacks.