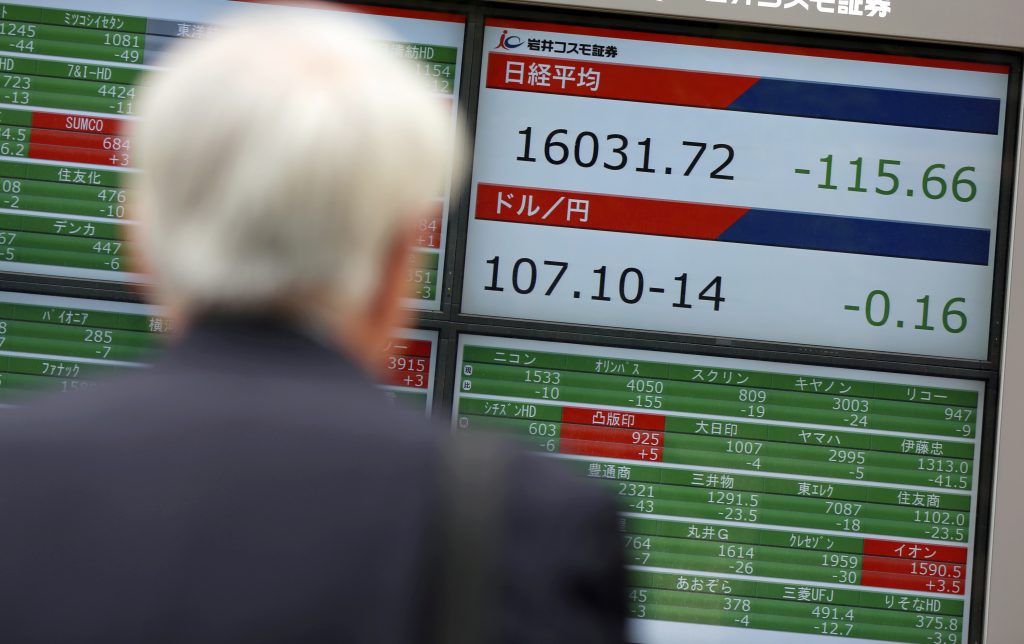 Emerging market stocks saw their biggest fall since February on Monday as anxiety grew ahead of a referendum on Britain’s potential exit from the European Union and a U.S. Federal Reserve policy meeting.

Data pointing to a slowdown in China’s economy and a break back to $50 a barrel for oil added to the pressures, with MSCI’s benchmark EM index declining 1.7 percent to take its losses over the last three sessions to over 4 percent.

Brexit jitters found traction in eastern Europe as Polish zloty and Hungarian forint volatility forward surged to their highest in a year and six months respectively.

Eastern European exports to Britain as percentage of GDP are also significant. The Czech Republic is most exposed at around 4.6 percent of GDP, followed by Poland at around 3 percent and Hungary at around 2 percent, according to Morgan Stanley.

“There is increasing concern about Brexit as the (June 23) vote gets closer and the market is now in a risk-off mode,” said TD Securities head of emerging markets strategy Cristian Maggio.

Concerns about a slowdown in China’s giant economy were fanned by data showing the growth in fixed-asset investment had slipped below 10 percent for the first time since 2000 and investment by private firms slowed to a record low.

Chinese stocks closed down over 3 percent, their biggest tumble since February, as investment in real estate also posted its first year-on-year slowdown in growth since December, though property sales by area surged 32 percent.

“These leading indicators seem to be telling us that the Chinese economy won’t be as strong this quarter and going forward,” UBS economist Manik Narain said.

China does not want a trade war with Europe, Premier Li Keqiang said on Monday at a news briefing alongside German Chancellor Angela Merkel, who called for more talks with Beijing on its market economy status under the World Trade Organization.

China watchers are also gearing for a decision on Tuesday by equity index provider MSCI on whether to add domestically-listed Chinese stocks, also known as A-shares, to its EM benchmark.

It already includes Chinese shares listed in other parts of the world and the addition of A-shares would be a symbolic step.

“We haven’t really seen any ability of Chinese stocks to rally ahead of the MSCI decision,” said Narain, who expects MSCI to start by adding around 5 percent of A-shares from next June, before building the amount up over a number of years.

Elsewhere, Russia’s rouble fell for its third day running as oil prices broke below $50 a barrel.

Emerging Asian currencies also lost ground against the safe-haven yen as the Japanese currency touched a three-year high against both the euro and sterling on Brexit nerves, and ahead of meetings of both the Bank of Japan and Fed this week.