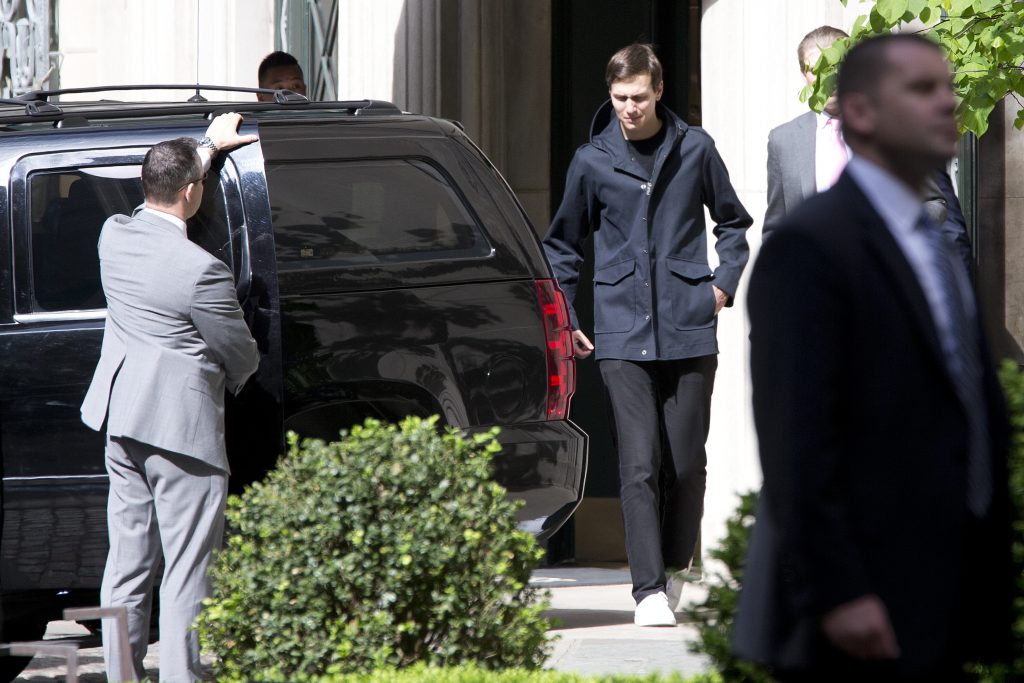 A new power player has emerged among the feuding factions behind Donald Trump’s presidential campaign, one that through the bonds of marriage enjoys a direct line to the Republican billionaire.

Despite limited political experience, Trump’s son-in-law Jared Kushner is playing an active role in virtually every aspect of the New York real estate magnate’s presidential bid. And empowered through his marriage to Trump’s trusted daughter Ivanka Trump, the 35-year-old Kushner operates with an extraordinary level of autonomy within an organization now struggling to shift its focus toward the general election.

Kushner’s growing influence in recent weeks, as described by several people with direct knowledge of his role, has included the selection and vetting of potential running mates, planning for his father-in-law’s transition to the White House, the campaign’s nascent push to incorporate voter data into its strategy, fundraising, and the development of major policies. He also played a hand in writing Trump’s closely watched speech, delivered with the aid of a teleprompter, on Tuesday night meant to reassure jittery Republicans after the candidate’s attacks on a federal judge. Those confidants were not authorized to speak publicly.

Kushner’s background has little to do with politics or public policy, as noted by internal campaign critics who worry he has too much power. Others described Kushner, while inexperienced, as a mild-mannered and valuable presence with helpful connections in the media world and across the Jewish community.

He took over his family’s New Jersey-based real-estate firm at the age of 23 from his father, Charles Kushner. The younger Kushner later became the publisher of the New York Observer, a Manhattan-based newspaper read largely for its high society and real estate coverage.

Kushner, a very private individual who rarely speaks to journalists despite being a newspaper publisher, declined an interview request through a representative. And even those who work with him regularly in the business world know little about his work on the presidential campaign.

“You wouldn’t know anything about it even if you interact with him multiple times a day like I do,” said Asher Abehsera, CEO of real estate development company LIVWRK. He added, “He’s creative and exceptionally well-connected.”

And as Trump’s senior aides jockey for internal influence, the level of Kushner’s access to the presumptive Republican presidential nominee has surprised campaign officials at times. One aide recalled having a private phone conversation with Trump when he heard Kushner’s voice unexpectedly. Trump was talking on speaker phone, the aide realized, while Kushner was in the room.

Kushner is considered a critic of campaign manager Corey Lewandowski, who has been locked in a months-long power struggle with Trump campaign chairman Paul Manafort.

Kushner has operated largely above the internal feud, acting as a freelance power center across multiple areas of the campaign.

He was part of a Trump delegation that met with House Speaker Paul Ryan’s policy team late last month in Washington, attended an hours-long meeting of Trump’s transition team in New York, joined Trump’s first fundraising swing last month in California, and recently courted opinion leaders such as former secretary of state Henry Kissinger to discuss Trump’s foreign policy. He is also playing an active role in the selection and vetting of Trump’s pick for vice president, expected to be unveiled during the GOP’s national convention next month, and is expected to spend more time traveling with the candidate.

Leveraging his connections to media executives, Kushner also leaned upon his friendship with media mogul Rupert Murdoch to improve the campaign’s strained relationship with the Fox News Channel. And on policy, Kushner had a large hand in crafting a well-received address to American Israel Public Affairs Committee earlier this year. The speech was also reviewed by the Observer’s editor, Ken Kurson, prompting political reporters at the paper to call for a firewall between the paper and any activities for the campaign.

Kurson told The Associated Press that Kushner has “no role” in the Observer’s content.

“We talk often and share many world views. We disagree about some things as well but are always able to discuss respectfully,” Kurson said, describing him as a calm presence.

Kushner married into the Trump family in 2009 at a wedding held at one of Trump’s golf clubs in New Jersey. Ivanka Trump converted to Judaism before the wedding and they’re raising their three children as Orthodox Jews.