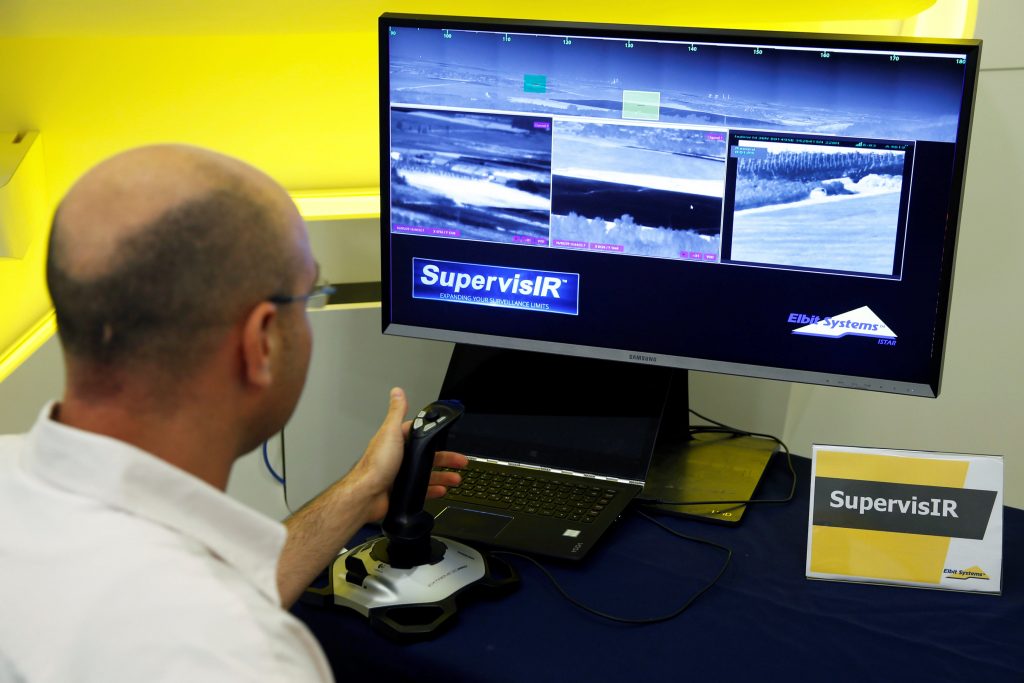 The products, to be displayed at next week’s Eurosatory defense show in Paris, include a ground-based infrared surveillance system that can cover a continuous space of about 3 miles, 24 hours a day. This prevents the occurrence of gaps that occur when using standard imagers, Elbit said.

The system, called SupervisIR, is equivalent to 150 thermal imagers placed side by side and can detect and track imagery of moving air, ground and sea targets, making it suited for border and sea patrol. It uses surveillance capabilities typically found in aerial platforms, said Elad Aharonson, a division general manager at Elbit.

“Europe is waking up after several years in a coma,” he said, adding defense budgets are growing as Europe faces a migration crisis and heightened security fears.

Elbit also unveiled IronVision, a 360-degree helmet display system for tank troops based on more costly systems it sells for pilots. The system enables tank commanders and drivers to see what is outside when the hatch is closed.

The new products could bring Elbit tens of millions of dollars in added revenue the first year, according to market estimates.

Gilad Alper, an analyst at brokerage Excellence Nessuah, said the biggest opportunity for Elbit lies in homeland security products, which are in daily use.

“You don’t need a full-blown war,” Alper said. “This is where the market is today.”

Alper downgraded his rating on Elbit to “hold” from “outperform” after shares hit a year-high of $102.52 in April and as revenue growth was “disappointing.” Revenue in the first quarter rose 2.1 percent to $721 million while its backlog grew 8 percent to a record $6.8 billion.

Known for its drones, helmet display systems and electronic warfare, Elbit has been strong in the past in identifying trends, Alper said, adding that he is waiting to see sales growth catch up with its backlog before he upgrades the shares.