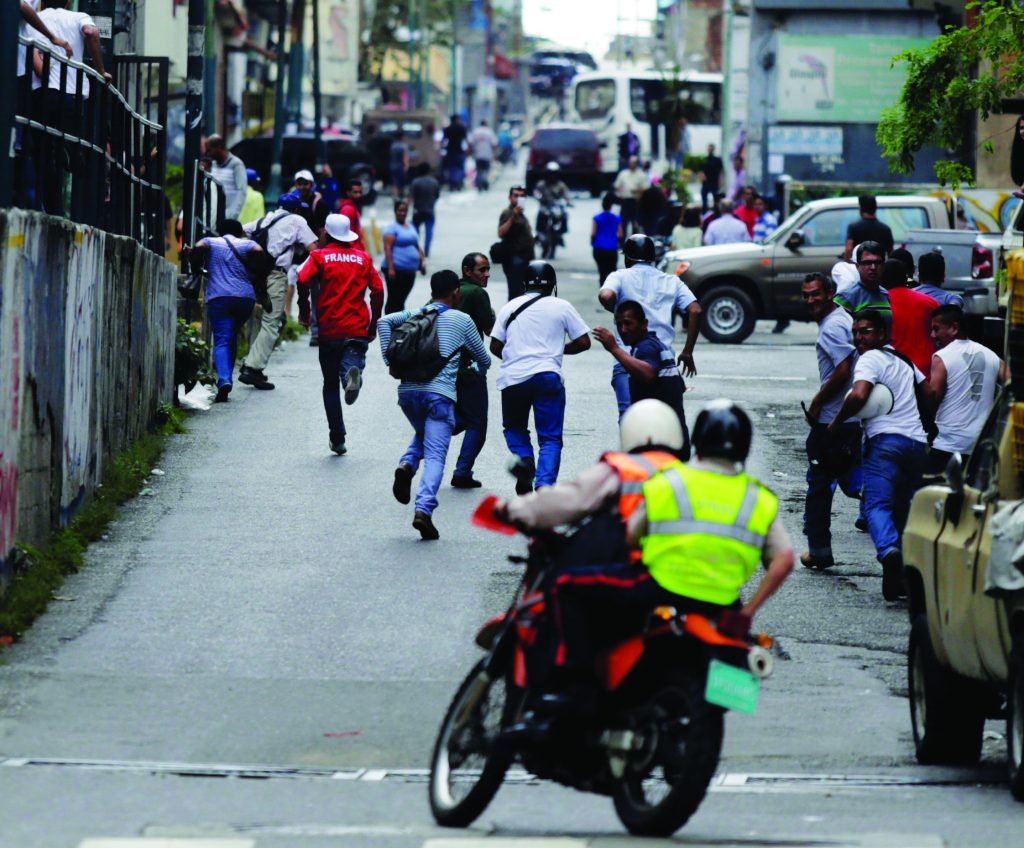 Hundreds of angry Venezuelans heading for Miraflores palace in downtown Caracas& were met by National Guard and police who blocked a major road.

President Nicolas Maduro, under intense pressure over a worsening economic crisis in the South American nation of 30 million, had been scheduled to address a rally nearby.

The protest spilled out of long lines at shops in the area, witnesses said, after some people tried to hijack a food truck.

“I’ve been here since eight in the morning. There’s no more food in the shops and supermarkets,” one woman told broadcaster Vivoplay.

The government accused opposition politicians of inciting the chaos but said security forces had the situation under control.

Despite the country having the world’s biggest oil reserves, Venezuelans are suffering severe shortages of consumer goods ranging from milk to flour, the highest inflation in the world and a shrinking economy.

Maduro blames “economic war” by his foes and the fall in global oil prices. Critics say the crisis is the consequence of failed socialist policies for the last 17 years.

The opposition coalition is seeking a referendum this year to recall Maduro, protests over shortages, power cuts and crime occur daily around the nation, and looting and lynchings are on the rise. Several local journalists said they& were robbed during Thursday’s chaos in downtown Caracas.

The government’s top economic official, Miguel Perez, acknowledged the hardships Venezuelans were undergoing but promised the situation would improve.

“We& know this month has been really critical, it’s been the month with the lowest supply of products, that’s why families are anxious,” he told local radio.

“We& guarantee things will improve in the next few& weeks.”&