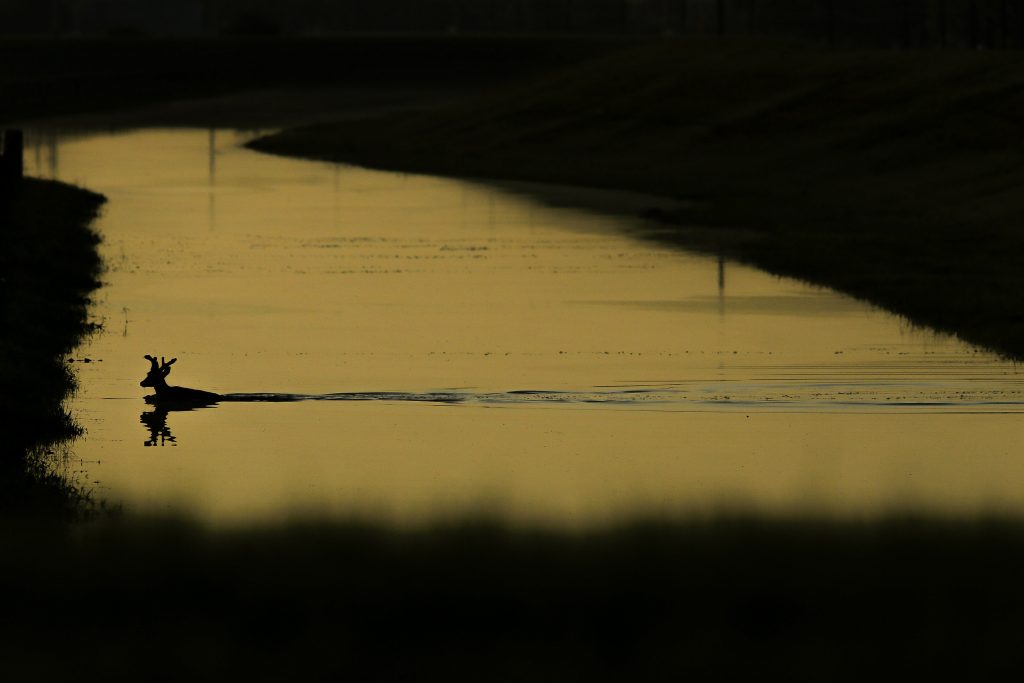 Residents of some rural southeastern Texas counties were bracing for more flooding along a river that reached a record high Tuesday as more rain was expected in the coming days.

Large swaths of suburban communities southwest of Houston were underwater and hundreds of people were evacuated from their homes before the Brazos River reached 54.37 feet in Fort Bend County, just two years after it had run dry in places because of drought.

National Weather Service meteorologist Charles Roeseler said the 54.37 feet at Richmond early Wednesday was not yet the crest and the river was expected to slowly rise even more overnight.

An additional 1 to 3 inches of rain expected later this week could keep the Brazos in major flood stage into the weekend.

Scott Overpeck, a National Weather Service meteorologist, said that the Brazos will recede in the coming days but that its levels will remain high for up to three weeks, in part because water will need to be released from swollen reservoirs upriver.

“There’s so much water on the Brazos that it’s going to take a long time to drain through the whole river and drain out into the Gulf of Mexico,” Overpeck said.

Four of the six people killed in flooding were recovered in Washington County, which is between Austin and Houston, County Judge John Brieden said Monday. Lake Somerville, one of the Brazos reservoirs, was “gushing uncontrollably” over the spillway and threatening people downriver, he said.

About 40 people were rescued Sunday and Monday from low-lying homes in a flooded neighborhood of Simonton, a Fort Bend County community of about 800 residents. The county had set up a pumping system to divert the water from the neighborhood, but it was overpowered by the flooding, county spokeswoman Beth Wolf said.

Wolf said any additional rain in the region would be a problem.

“The ditches are full, the river’s high, there’s nowhere else for that water to go,” she said.

In the Fort Bend County city of Rosenberg, which is next to Richmond, about 150 households were evacuated and city officials were coordinating with the county’s office of emergency management to have rescue boats in place, city spokeswoman Jenny Pavlovich said.

Heavy rains moved across the Dallas-Fort Worth area on Tuesday. In Hood County, southwest of Fort Worth, several roads were washed out and authorities performed about 15 water rescues, including from homes and vehicles, said Sheriff Roger Deeds. He says they were still trying to determine how many homes flooded.

Elsewhere, authorities were searching for the body of an 11-year-old boy who fell into a creek in Wichita, Kansas, and is presumed dead. Relatives have identified the boy as Devon Dean Cooley, who disappeared Friday night.