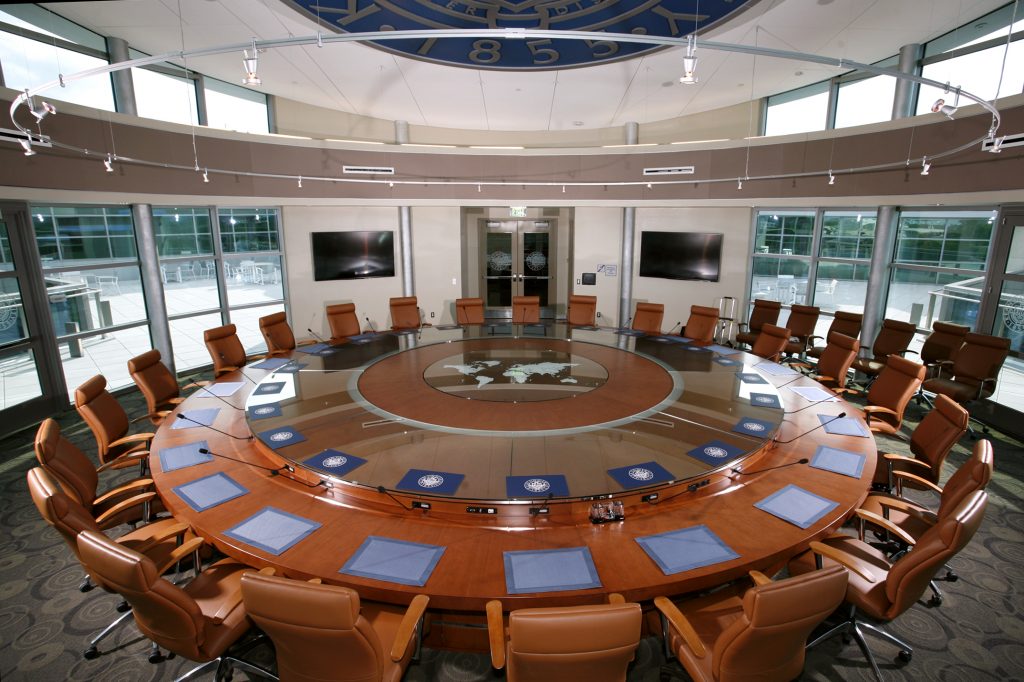 New Jersey officials said Wednesday that a college didn’t comply with state law or its own procurement policy when it spent nearly $250,000 to buy a custom-built, multimedia conference table from a Chinese company.

A report issued Wednesday by the state comptroller’s office found Kean University made the $219,000 purchase in 2014 without needed board approval or competitive bidding. It also noted that school officials paid an architect $30,000 for a full-scale plywood mockup of the 22-foot circular table, which seats 23 people and is made of oak with cherry veneer and includes lighting and electronics.

Kean officials disputed the report’s findings, saying it has “significant omissions” that explain the school’s actions.

The comptroller’s office recommended more training for Kean staff and said the school should comply with the law and its own procedures.