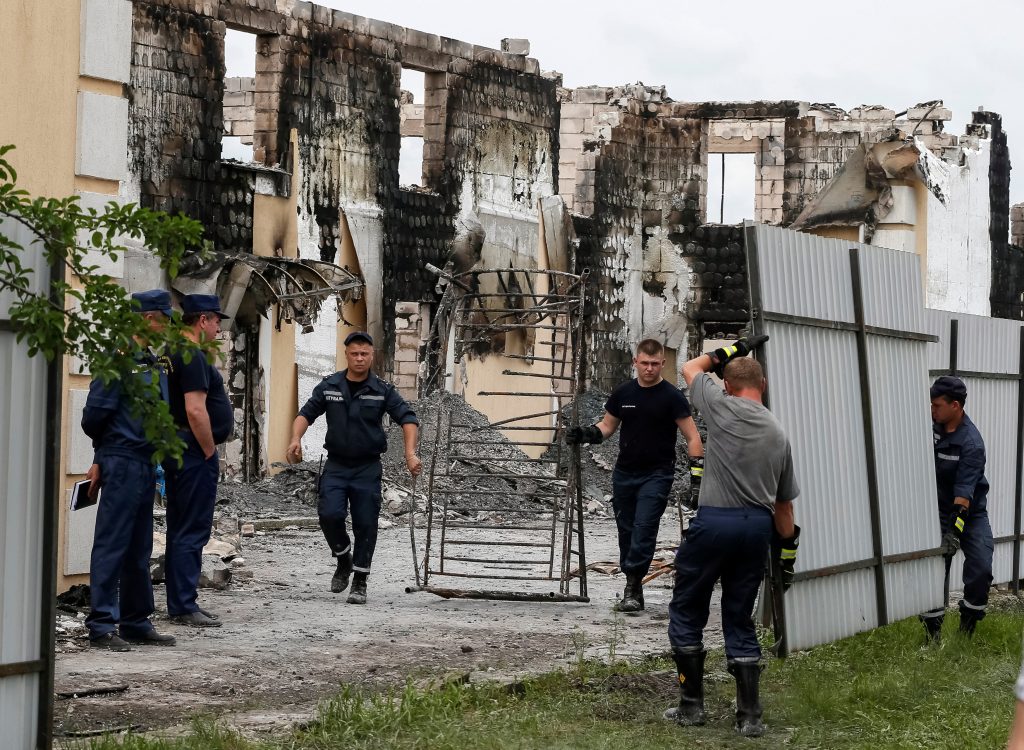 At least 17 people were killed when a fire broke out at a privately run home for the elderly outside the Ukrainian capital Kiev, authorities said Sunday.

Eighteen people were rescued from the building, five of whom were injured, two of them seriously, Ukrainian emergency services chief Nikolai Chechyotkin said, according to Russia’s Tass news agency.

Thirty-five residents had been in the two-story building.

The cause of the fire, which broke during the night and was extinguished by Sunday morning, was unknown.

Chechyotkin said the authorities had not known there was a retirement home in the house in the town of Litochky, and said it was illegal, according to the Tass report.

It said that the owner of the home has been charged with violating fire protection regulations.