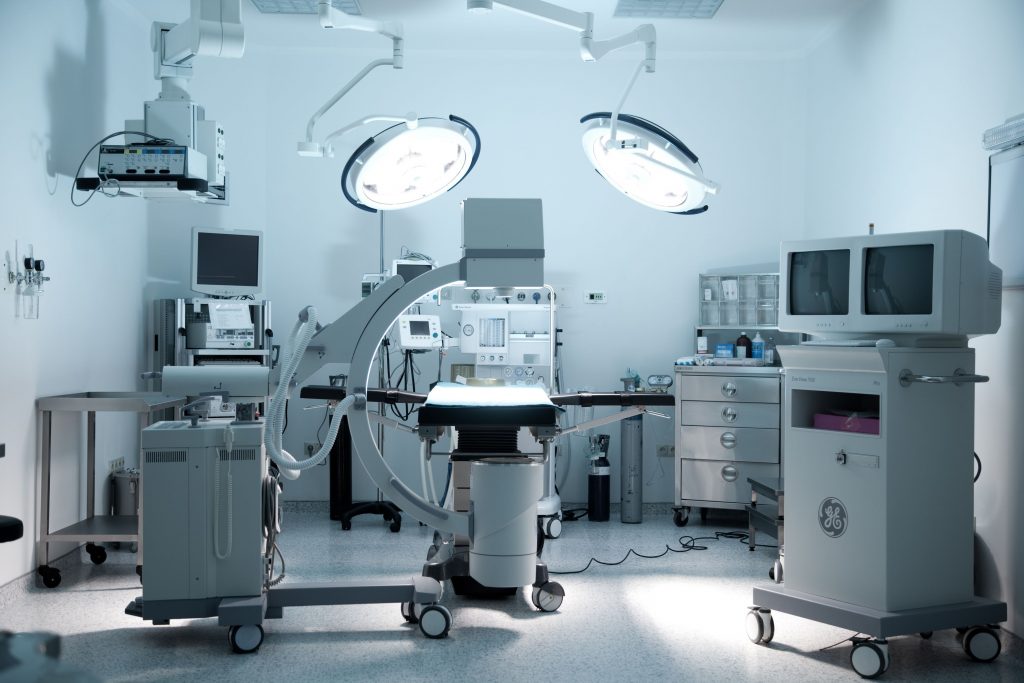 Jeff West, his kidneys failing, was dreading having to quit his job and spend years tethered to a dialysis machine. But shortly before treatments even began, the Boynton Beach man received an unexpected gift — a kidney donated by a volunteer whom he had never met.

It happened through what’s called a transplant chain: a set of surgeries, stacked like dominoes, that depend on people willing to literally give a part of themselves to someone they don’t know.

A growing trend in kidney donation, the coordinators of transplant chains say they aim to get kidneys to more renal patients, and do it faster. They also say they can sometimes make better medical matches than through traditional one-on-one donations between friends or relatives.

They do it by signing up hundreds of renal patients and their loved ones who are willing to donate to them but are incompatible due to blood type or other issues. These programs then use sophisticated computer software to generate new donor-recipient pairs between strangers. Chains involve live kidneys that have a much longer potential life span than a deceased donation.

“It can open up an option for a kidney that people otherwise might not get,” said Michael Spigler, vice president of patient services and kidney disease education for the American Kidney Fund.

West’s chain started in December when Heather Sherman, a 41-year-old software support technician from Jacksonville, agreed to donate to anyone in need through the nonprofit National Kidney Registry. That person ended up being a 47-year-old mother of two who received Sherman’s donation on Dec. 9 at Cleveland Clinic in Ohio.

West’s transplant happened a month later, at the end of the chain, when he received a kidney removed from a 53-year-old anonymous person in Atlanta and flown to South Florida.

In between was a tightly choreographed dance involving five hospitals in five states, eight recipients and donors, kidneys being flown or driven hundreds of miles — and four lives saved, or even more when you consider those successful transplants moved other people up on wait lists.

“It literally gave me my life back. It’s a reaffirmation that there still is good in the world, that we can impact others in a positive way,” said West, 52, still emotional four months after his successful surgery at Cleveland Clinic Florida in Weston. Sherman’s kidney also was removed there.

It was the first time Cleveland Clinic Florida — one of nine Florida hospitals certified to do living kidney transplants, and one of two in the state currently affiliated with the registry — had participated in a chain. It’s an emerging option for people with serious renal disease who, depending on their blood type and medical condition, could wait five years or more for a lifesaving donation.

West, who loves his job as a technical representative for a heating and air conditioning manufacturer, said his doctors had told him last spring he would wait at least two years for an organ and probably could not work as his kidneys deteriorated.

“I accepted my career was over, although I thought dialysis would be like a death sentence,” said West, who has genetic polycystic kidney disease. “Then suddenly, they said: ‘We have a donor for you. Are you available in January?’ I was blown away.”

Improving the odds for renal patients is critical, Spigler said. About 100,000 people nationwide are waiting for kidneys, including 4,500 in Florida. With only about 18,000 transplants done annually, Spigler said the average wait is about two years but goes up to five years for patients with rarer blood types.

“It’s a remarkable process. People are connecting around it. We are seeing a dramatic improvement … in our ability to take patients off waiting lists and [get] better quality kidneys,” said Dr. Diego C. Reino, a transplant and hepatobiliary surgeon at the Cleveland Clinic Florida’s transplant center.

Paired donations, or swaps between strangers, within a single hospital began about 15 years ago. Expanding on paired exchanges, the first chains involving multiple hospitals came about six years later.

Ruthanne Leishman, director of the UNOS network, said kidney transplant chain registries remain largely unregulated, although there have been calls for drafting policies or forming one national network.

“This is a new world, and things are sorting themselves out,” Leishman said. “The nice thing about having competing kidney paired donation programs is it fosters innovation.”

A year ago, Cleveland Clinic Florida became one of 77 transplant centers nationwide affiliated with the Long Island-based National Kidney Registry, one of the three main U.S. nonprofits involved with transplant chains. It was started in 2008 by a software and data processing entrepreneur, Garet Hil, after his family struggled to find a kidney donor for his 10-year-old daughter.

In eight years, the registry has generated more than 1,700 transplants, with 88 percent of them through chains, said Joe Sinacore, the registry’s director of education and development. Most people enter the registry as pairs — someone who needs a kidney and a friend or relative who did not match with the patient but still is willing to donate — with between 200 to 300 pairs in the system.

Donors and recipients are not charged, but transplant centers pay a fee for the registry’s services, Sinacore said, which is billed back to the recipient’s insurance. He declined to say how much.

The registry generated the nation’s longest transplant chain last year, involving 35 transplants at 25 hospitals in 15 states and the District of Columbia, and spanning 3 1/2 months. Most chains, however, run about five transplants long, Sinacore said.

All of them start the same way, with a donor, someone who simply wants to give the gift of life and enters the system alone. In the case of Jeff West, that person was Heather Sherman.

As per registry protocol, West and Sherman were told nothing about anyone in the chain prior to the transplants. Sherman knew little about renal disease and first heard of the registry through a news story.

“It’s the first time it occurred to me that I could donate to a stranger,” Sherman said. “It was unbelievable that I could make that kind of difference, that I could give life to someone.”

Donors are carefully screened psychologically as well as physically, “to make sure they understand what they are doing, and not just trying to fill some hole in their lives,” Sinacore said. Sherman said her family initially questioned why a healthy young woman would want to give one of her organs to someone she didn’t know.

Yet Sherman said she never had any doubts — a feeling confirmed when she began corresponding with the woman who received her kidney in Ohio in December. Sherman said her recipient had been on dialysis for several years but now was able to attend her son’s track meets and go to church again.

Although Sherman’s kidney is not the one nestled in his body, West said he considers her a lifesaver along with his own anonymous donor because she started the chain that ended with him. Meeting Sherman three weeks after his surgery “was very emotional for me,” he said. “I was very moved by her altruism.”

Reino said Sherman’s response is typical among donors, who are a variety of ages and come from all walks of life. “You think the recipients are the winners,” said Reino, the surgeon who removed Sherman’s kidney as well as a doctor on West’s transplant team. “But the donors get a lot out of it, too.”

Transplant chains involve bartering, with surgeons having the right to accept or reject kidneys offered by chain organizers. Participating hospitals get “payback” kidneys for donors who started chains, allowing renal patients on their internal wait list, like West, a shot at a transplant.

Chains also are complicated to organize, as multiple transplant surgeries must be precisely timed and often depend on freshly harvested organs being driven or flown in by commercial airlines from different states. A patient or donor suddenly is sick on transplant day and surgery must be scratched? The plane carrying a kidney is delayed? The chain collapses.

That fragility is one reason the Miami Transplant Institute, a joint effort between the University of Miami Health System and Jackson Memorial Hospital, opts to do internally paired exchanges all at their own facility rather than chains, said Dr. Giselle Guerra, the center’s director of the Living Donor Kidney Program.

“Logistically, [chains] are more challenging. And when you join these big programs, you don’t have the same control,” Guerra said. “But the main reason [we don’t participate] is we have been extremely successful with our paired exchanges.”

One of the largest transplants centers in the country, Miami does 300 to 350 transplants annually, Guerra said, and last year had 25 recipients who received kidneys through paired donations with strangers. One was a four-way kidney exchange last year, a first in Florida, between three married couples, a mother and her son, with all the transplants performed on the same day.

“It’s about finding the right kidney for the right patient,” Guerra said.