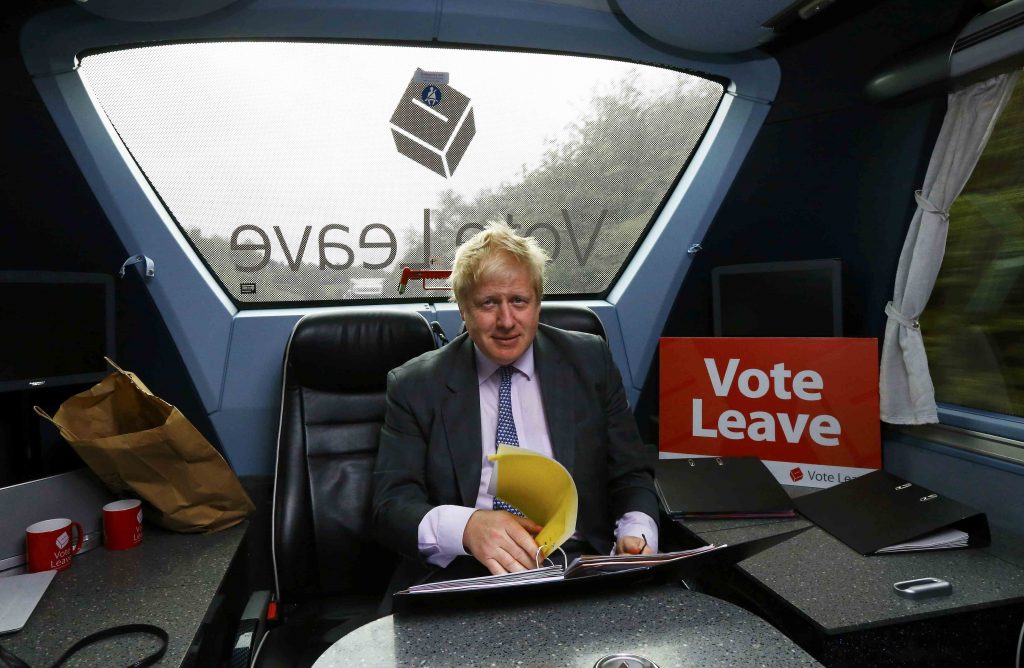 Boris Johnson, who is leading the “Out” campaign ahead of Britain’s European Union membership referendum, said in an interview that the bloc was following the path of Adolf Hitler and Napoleon by trying to create a European superstate.

Johnson told The Sunday Telegraph newspaper that the EU lacked democracy and a unifying authority and was doomed to fail.

“Napoleon, Hitler, various people tried this out, and it ends tragically,” Johnson was quoted as saying in an interview.

“The EU is an attempt to do this by different methods. But fundamentally what is lacking is the eternal problem, which is that there is no underlying loyalty to the idea of Europe,” the former London mayor said.

“There is no single authority that anybody respects or understands. That is causing this massive democratic void.”

Johnson, who is a front-runner to succeed Prime Minister David Cameron, has emerged as the most important voice in the “Out” camp ahead of the June 23 referendum.

Cameron, who is leading the “In” campaign, has argued that Britain’s membership of the EU makes the country more secure, more influential and more prosperous. He also says Britain, which is not part of the single-currency euro zone, will not be dragged into ever closer union among the EU’s member states.

But an opinion poll published earlier on Saturday suggested that twice the number of voters believed Johnson was more likely to tell the truth about the EU than Cameron.

With less than six weeks to go until the referendum, voters are evenly split between wanting to remain in the EU and preferring to leave, other opinion polls have shown.

In his interview with The Sunday Telegraph, Johnson said he wanted the British people to be “the heroes of Europe” again, creating echoes of the language used by war-time prime minister Winston Churchill, the newspaper said.

It also quoted him as saying tensions between EU member states had allowed Germany to grow in power within the bloc, “take over” the Italian economy and “destroy” Greece.