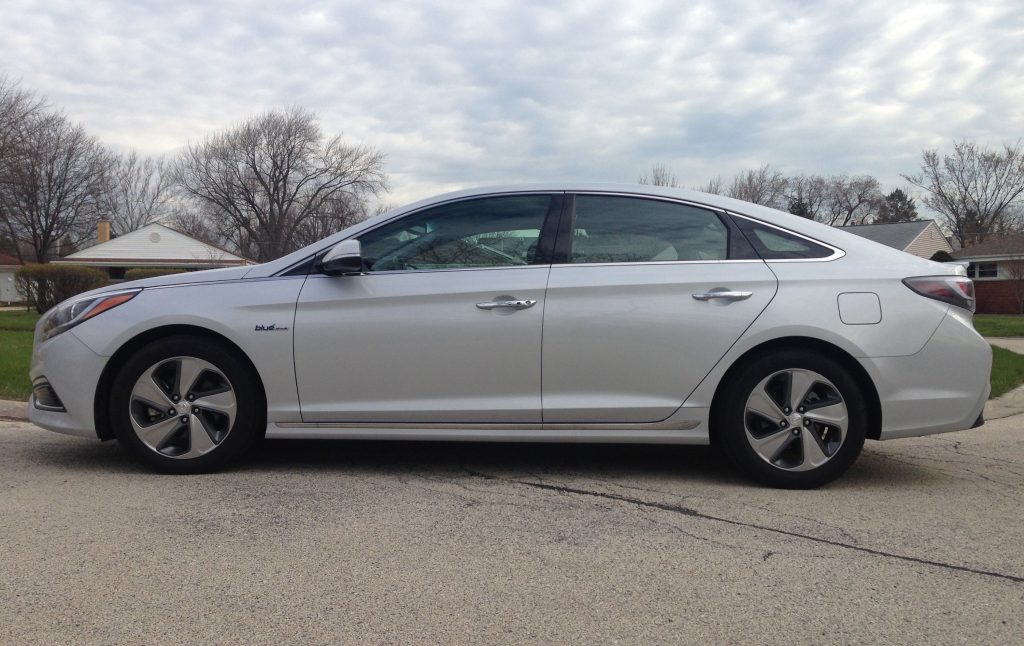 Hybrids are like the salad section on today’s paleo-heavy, crossover-rich menu: You probably should, but there so many more appetizing selections.

It’s a tough time to be a hybrid sedan. Internal combustion engines have improved their efficiency, crossovers are America’s preferred segment and hybrids aren’t worth the estimated 10 percent upcharge with a national gas price of about $2.10.

And yet, automakers continue to push hybrids to boost compliance with ever-increasing fuel economy standards. They’re hoping consumers look beyond their immediate hunger to long-term health.

The redesigned 2016 Hyundai Sonata Hybrid Limited is much improved over its predecessor where it matters most, gaining 3 mpg in both city (39 mpg) and highway (43 mpg) fuel economy (41 mpg combined) thanks to a smaller combustion engine and a larger electric motor. The lighter, base model SE does it better by one mpg.

Despite edging out the redesigned Toyota Camry hybrid, the Sonata fuel economy still trails the Ford Fusion Hybrid, Honda Accord Hybrid, and the new Chevy Malibu Hybrid, which leads the segment with 46 mpg highway. The Accord hybrid, which is on hiatus for model year 2016 as production shifts from Ohio to Japan, gets 50 mpg city, 45 mpg highway, or 47 mpg combined.

The gas model Limited gets 36 mpg combined and costs $2,750 less than the hybrid. Hybrid owners could recoup the hybrid upcharge in five years, depending on gas prices, driving style and other variables. So the hybrid is still a good investment for longer-term car buyers.

The $30,100 Limited trim comes with 17-inch alloy wheels (16-inch for the base), power everything, heated front and rear seats, leather on the seats, steering and door, and woodlike dash trim. It’s nice, but so are the $30,140 Toyota Camry Hybrid XLE and $30,520 Ford Fusion Hybrid Titanium. The Malibu Hybrid starts under $30,000 but isn’t as well equipped.

Bottom line is they are very similar except for quirks of automotive character, like the egg in a Cobb or the anchovies in a Caesar.

To get all the advanced driver assist systems like forward collision warning, lane departure warning et al., you’ll have to buck up another $4,500 in Hyundai’s case as part of the Ultimate Package. It includes Hyundai’s wonderful panoramic sunroof and its relatively good 8-inch touch screen and navigation system.

So what does stand out?

Trunk space increases by 10 percent to a best-in-class 13.3 cubic feet, thanks to a slimmer battery pack that fits under the trunk floor. This enables 60/40 split rear seats that fold down flush with the trunk floor to maximize storage. The Camry, Accord and Fusion hybrid batteries are located between the trunk floor and rear seat, causing a shelf in the Fusion and a wall in the Camry and Accord.

The roominess carries over to the inside. The Sonata Hybrid has the largest passenger volume of the class by 2 to 3 inches.

Behind the wheel, the transition between electric motor and gas engine doesn’t seem as smooth as the Camry. It’s not intrusive or rough, it’s just not Toyota, who is the worldwide hybrid leader for a reason.

The four-cylinder engine uses a six-speed transmission that feels more like a traditional car, while most other hybrids use a continuously variable transmission, or something gearless like it. The accelerator is a bit more responsive, so there’s a little less guilt than when mashing the pedal of a full hybrid and hearing it cry. Eco mode handles the quiet electric-only driving under 20 mph, but it can also use all-electric power at speeds up to 75 mph by decoupling the gas engine. Not sure why you would want to cancel the engine at its peak efficiency on the highway, but you can.

Also behind the wheel, the Sonata has a user-friendly trifecta of redundant steering controls, touch screen, and good old dials and buttons. Most vehicle operations, from trip odometers to multimedia, can be accessed with the steering controls. There is a customizable 4.2-inch digital display in the center of the instrument cluster to gauge energy flow between the gas engine and electric motor, as well as multimedia functions, so you don’t have to use the touch screen.

The Sonata hybrid is a satisfying dish in a marginalized, homogenized menu section. It doesn’t stand out in price, fuel economy or styling, though it may be the roomiest.

Parting shot: Roomier than other hybrids, but that’s all