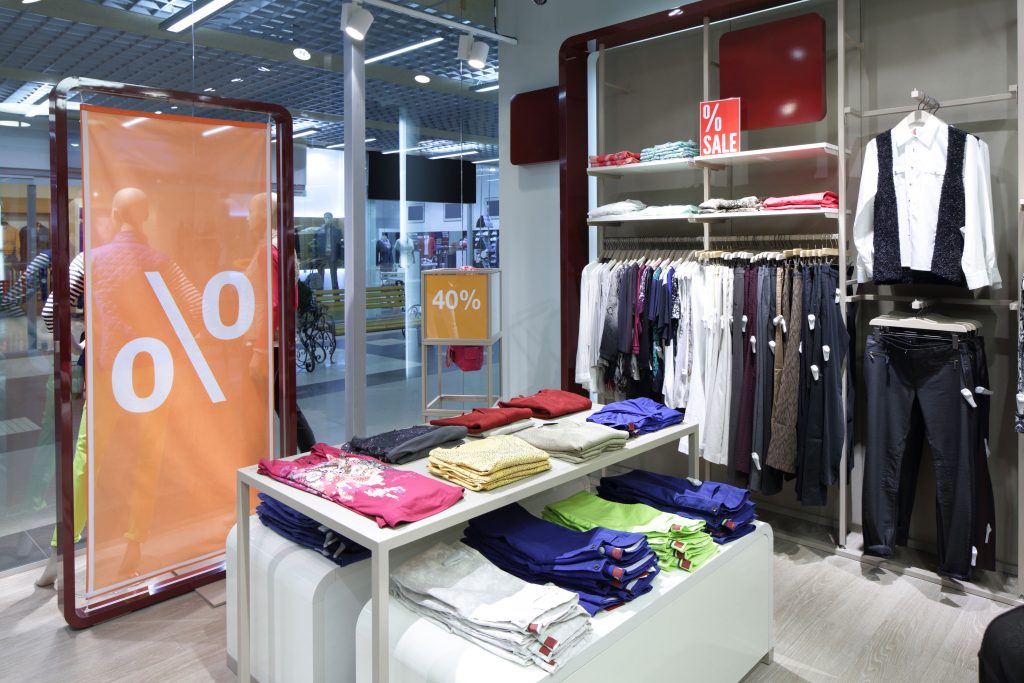 Macy’s is acknowledging that there will be no consumer splurge anytime soon.

A gloomy year-end shopping season across the retail spectrum has seeped into a spring funk. And after some startling numbers and projections from the Gap earlier this week and then Macy’s Wednesday, investors had seen all they needed to see.

Shares tumbled across the sector with the bulk of retailers yet to report quarterly earnings.

Ralph Lauren, Nordstrom, J.C. Penney and Kohl’s are all reporting this week, followed by Sears, Target and Wal-Mart the next.

Macy’s slashed its profit and sales expectations for the year after same-store sales dropped for the seventh time in 10 quarters. It announced plans to cut expenses and plow that money into more sales help at the stores and online.

“We are not counting on the consumer to spend more, so we are working harder to give customers more reasons to buy from us, “said Chairman and CEO Terry Lundgren in a company release.

Macy’s report, which kicks off the first-quarter earnings season for major retailers, raises fresh concerns about the consumer and the health of stores, even after companies aggressively closed lower-performing locations.

It had appeared retailers were recovering after a terrible year-end shopping season as sales accelerated earlier this year. That trend appeared to stall in mid-March.

Gap Inc. issued a profit warning for the first quarter Monday as an attempted turnaround this spring sputtered. On Wednesday, Fitch Ratings cut its rating to junk status.

The red flags from Gap and Macy’s follow a report last week from Lbrands, usually a strong performer, which showed that sales in April had stagnated.

Retailers suffered tremendously during the recession but the economy has bounced back strongly since then and consumers are spending.

The U.S. reported Friday that employers had added 160,000 jobs in April, suggesting that the job market continues to generate steady hiring. The average job gain in the prior six months before April was 243,000.

While consumers are spending again, they’re not doing it at department stores, with more money going toward restaurants, travel and home improvement. And when they do shop for clothes, increasingly they are doing it at discount stores like T.J. Maxx, or online at Amazon.com

Macy’s had been a stand-out among retailers in the aftermath of the recession. Yet in the last year, the malaise suffered by others seemed to catch up even with a sector superstar.

“Consumers are being very selective in their spending,” said Ken Perkins, president of Retail Metrics LLC, a retail research firm. “The economy is not likely to get much stronger so retailers are going to have to batten down the hatches and cut expenses and look for new growth areas.”

And retailers will face even more adversity with growing pressure to raise wages, both from a national social movement and because some workers have become more willing to leave jobs, knowing better pay can be found elsewhere.

But retailers have to find a way to win back customers.

Kohl’s, Nordstrom and J.C. Penny are all trying to reinvent themselves, seeking a winning formula to bump up store traffic.

Macy’s opened a group of Macy’s Backstage stores last fall to compete with T.J. Maxx and other off-price stores. It’s also expanding online and it acquired Bluemercury, an upscale beauty and spa company.

The company said Wednesday it plans nine additional Macy’s Backstage stores by the fourth quarter. It’s also expanding its upscale jewelry department to more than 350 stores by the end of the year, after testing 40 of them last fall.

But the numbers during the most recent quarter, even if profit beat expectations, were grim.

First-quarter net income was $115 million, or 37 cents per share. Adjusted per-share earnings were 40 cents per share, 4 cents better than Wall Street had expected, according to FactSet.

Revenue fell to $5.77 billion from $6.23 billion in the year-ago quarter. That was worse than the $5.93 billion analysts were projecting.

Revenue at stores open at least a year fell 5.6 percent. That marked the fifth consecutive quarter of declines, and those declines are accelerating. Those same-store sales are one of the best indicators of a retailer’s health.

Macy’s expects comparable store sales this year to fall between 3 percent and 4 percent, which was much worse the 1 percent decline that industry analysts had been projecting.