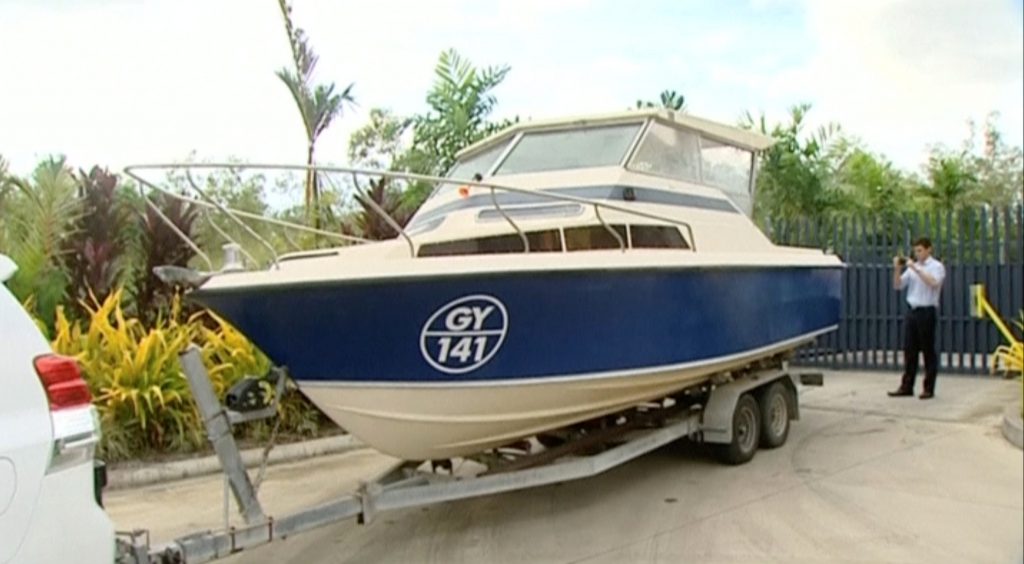 Five men have been arrested on suspicion that they planned to leave Australia in a 23-foot boat to fight in Syria, police said Wednesday.

The men, aged 21 to 33, had towed the half-cabin power boat with a car 1,700 miles from their homes in the southern city of Melbourne to Cairns in Australia’s tropical north before they were arrested Tuesday, police said.

All had their passports canceled to prevent them leaving the country to fight for terror groups such as the Islamic State movement.

The men were being held on suspicion of breaking a federal law banning foreign incursions, Australian Federal Police Deputy Commissioner Neil Gaughan said. Entering or preparing to enter a foreign country to engage in a hostile activity is a crime punishable by life imprisonment.

“This is a serious attempt by five men who are of security interest to us who have had their passports canceled in attempting to exit Australia … and then ultimately we’re investigating the intention to possibly end up in Syria to fight,” Patton told reporters.

“We can’t allow Australians to leave Australia and support terrorism anywhere,” he said.

The men had been under police investigation for weeks. Police would not say when they left Melbourne or where they intended to leave Australia.

Gaughan said the men were known to have “extremist views.” Police declined to identify them.

Attorney-General George Brandis later said the men were arrested in Queensland state north of Cairns but would not say where.

It was the first suspected attempt by would-be foreign terrorists to leave Australia by boat, he said.

Security officials estimate 110 Australians are fighting for the Islamic State terror group in the Middle East.