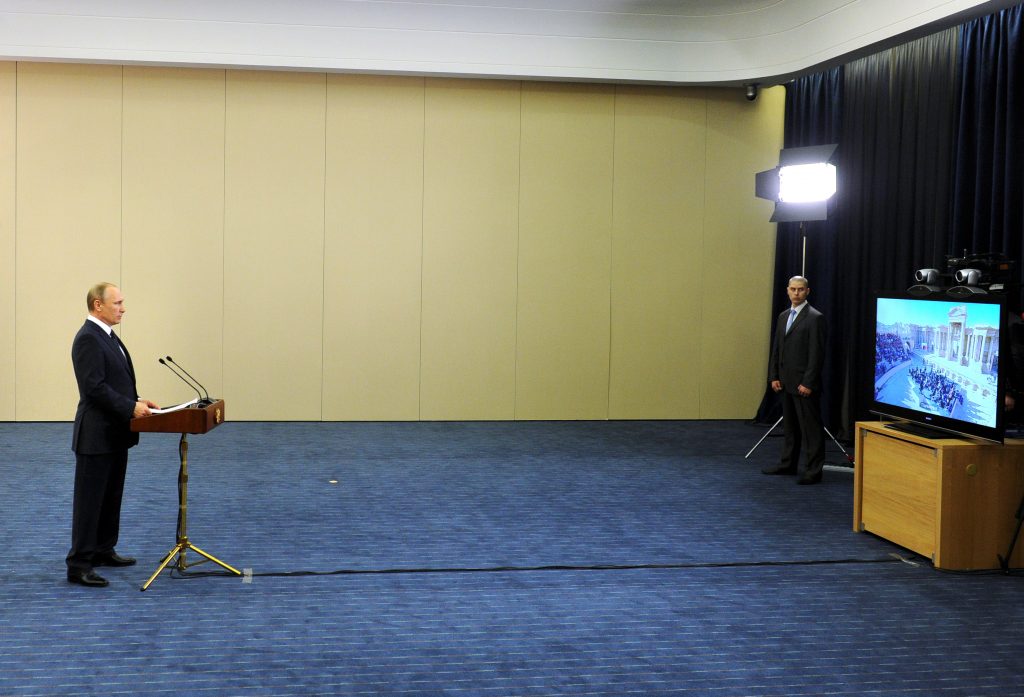 Russia’s Mariinsky Theatre staged a surprise concert in the amphitheater of the Syrian city of Palmyra on Thursday, in what looked like an attempt by the Kremlin to win hearts and minds and remind the world of its role in the city’s recapture.

Sergei Roldugin, a cellist friend of Putin’s named in the Panama Paper leaks as owning a network of offshore firms that have handled billions of dollars, also performed. (He has denied any wrongdoing.)

Putin, addressing the audience by video link from his Russian Black Sea residence of Sochi, called terrorism a contagion the world needed to rid itself of and said the fact the concert was taking place at all was “surprising.”.

“Today’s action involved major inconvenience and dangers for everyone, being in a country at war close to where hostilities are still ongoing. That has demanded great strength and personal courage from you all. Thank you very much,” said Putin.

Gergiev, a longtime Putin supporter, described the concert as a protest against the barbarism and violence exhibited by Islamic State terrorists who had destroyed parts of Palmyra and used the city’s Roman amphitheater as a place to execute prisoners.

The event was made public just hours before it began. Russian and Syrian military personnel as well as locals could be seen in the audience.

Russian special forces called in airstrikes in March to help the Syrian government retake the city and Russian engineers later demined the historic part of Palmyra. Moscow has said its experts are ready to help restore the city, a UNESCO World Heritage site.

Thursday’s concert had echoes of a performance conducted by Gergiev in August 2008, when the Mariinsky performed in front of the bombed-out parliament of the self-proclaimed Republic of South Ossetia after Russian forces defeated the Georgian army in a short war over the territory.