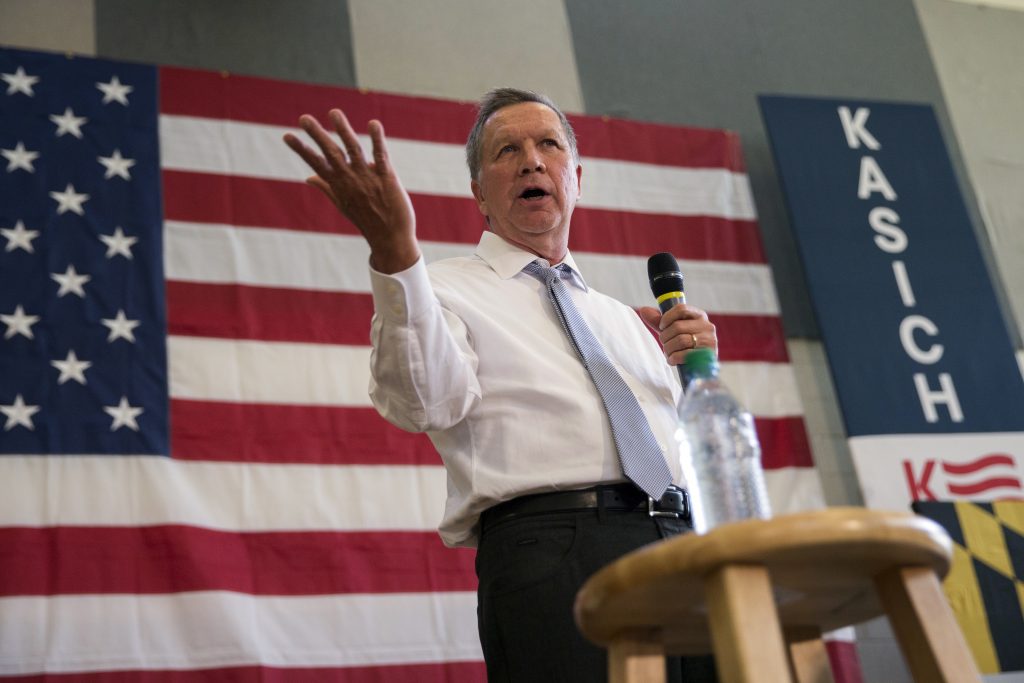 Kasich will announce the end of his underdog White House bid on Wednesday, according to three campaign officials who spoke on the condition of anonymity because they were not authorized to discuss the candidate’s plans. The decision comes a day after Trump’s only other rival, Ted Cruz, dropped out.

With no opponents left in the race, Trump becomes the Republican Party’s presumptive presidential nominee to take on the Democratic nominee in November — presumably Hillary Clinton.

Though armed with an extensive resume in politics, the second-term Ohio governor struggled to connect with Republican primary voters in a year dominated by anti-establishment frustration. Kasich was a more moderate candidate who embraced social programs and elements of President Barack Obama’s health-care overhaul.

Even before news of Kasich’s decision surfaced, Trump signaled a new phase of his outsider campaign that includes a search for a running mate with experience governing and outreach to one-time competitors in an effort to heal the fractured Republican Party.

“I am confident I can unite much of” the GOP, Trump said Wednesday on NBC.

Several prominent Republicans have said they’d prefer Clinton over Trump. In a shot at his critics, Trump added: “Those people can go away and maybe come back in eight years after we served two terms. Honestly, there are some people I really don’t want.”

His comments on several networks came a few hours after Trump, once dismissed as a fringe contender, became all-but certainly the leader of the Republican Party into the fall campaign against Clinton. The former secretary of state suffered a defeat Tuesday in Indiana to her rival, Bernie Sanders, but holds a definitive lead in Democratic delegates who will decide the Democratic nomination.

The Republican competition changed dramatically with Trump’s Indiana victory and Ted Cruz’s abrupt decision to quit the race. Trump won the Indiana contest with 53.3 percent of the vote, to Cruz’s 36.6 percent and Ohio Gov. John Kasich’s 7.6 percent, according to unofficial results.