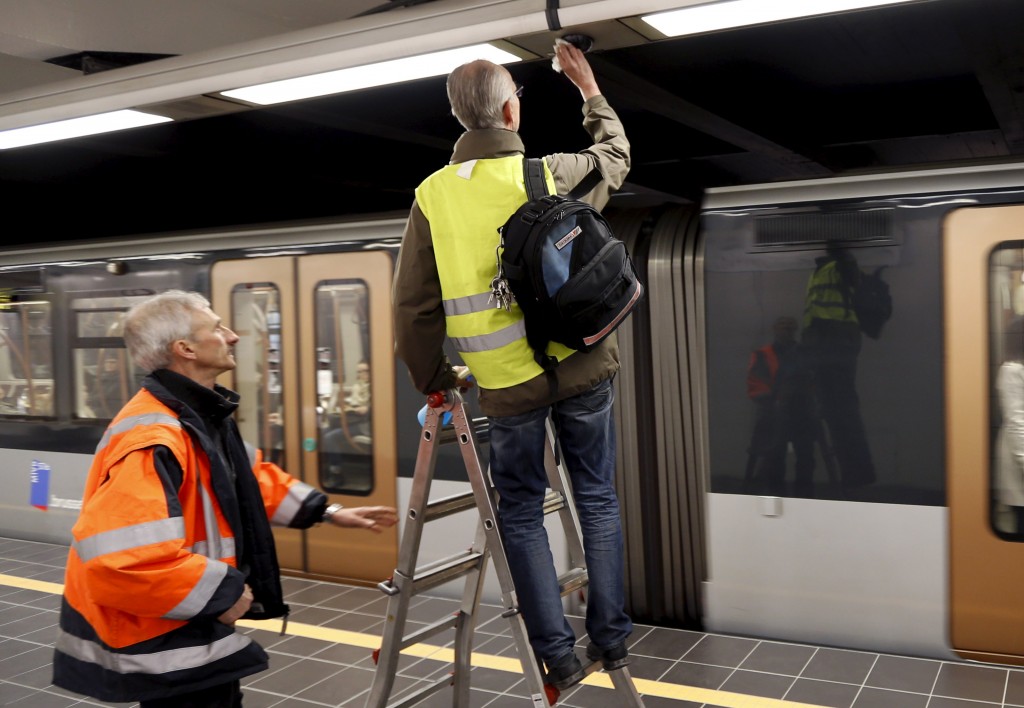 Standing guard outside and on the platforms, armed soldiers and security from Brussels’ transport network patrolled the station, where on March 22 a bomb was detonated on a rush-hour train, killing 16 people.

The blast came after suicide bombers had earlier struck Zaventem airport departure lounge. The attacks were claimed by the Islamic State terror group.

Commuters who returned to Maelbeek for the first time since the attacks on Monday morning were visibly moved.

“My heart is beating fast, I’m not feeling okay,” said passenger Hanane Attar, who felt the blast in her office above the station on the day of the attacks. “It’s quite emotional, very emotional.”

Many stopped to read messages written on a wall left by victims’ families and survivors, who had visited the station in private.