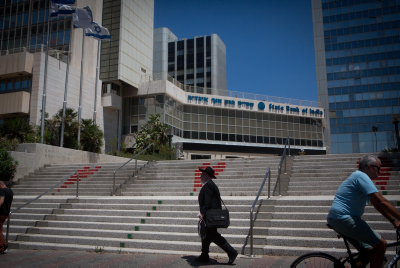 A diamond dealer who has been accused of stealing millions of shekels from fellow diamond dealers in the biggest scandal ever to hit the Israeli diamond business claimed in an interview Thursday that he had done nothing wrong, and that the “theft” he was accused of was actually a crash of his business. The dealer’s remand was extended until Friday, after he was arrested Tuesday in the incident.

The dealer turned himself into the police voluntarily after hearing he was wanted, he told Channel Two. “People have been talking about me behind my back, and I wanted to clarify that everything I have done was aboveboard,” he said.

Police said that the dealer executed several sales of diamonds to wholesalers as an agent, brokering between importers and sales firms. According to police, he took possession of diamonds on numerous occasions and transferred them to customers, receiving payment, which he was supposed to transfer to the seller, minus a commission. However, police said, he kept the money for himself on many occasions over at least the past seven months –pocketing more than NIS 225 million.

Speaking to Channel Two, one of the dealer’s alleged victims said that he had been strung along for months. “He told me that I would get all my money to the last penny, but eventually I realized what was going on. We were very taken in by him,” the alleged victim said.

The dealer’s attorney said that the allegations of theft were nonsense. “Every day in Israel there are hundreds of businesses that fail, and my client’s was one more. He is not happy that this happened, but to turn this into a criminal case is a major leap. I don’t believe a court will look at it this way. This case will not hold water.”