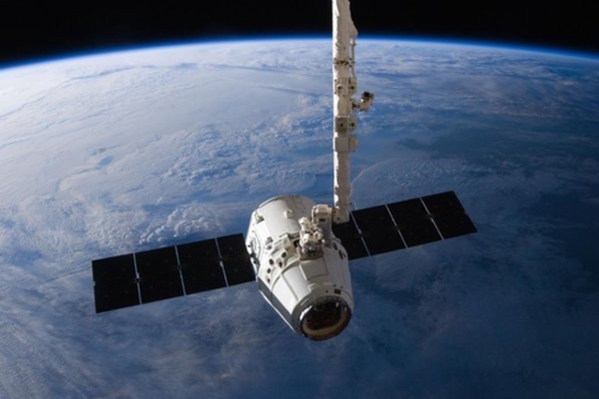 China will launch a “core module” for its first space station some time around 2018, a senior official told the state-run Xinhua news agency on Thursday, part of a plan to have a permanent manned space station in service around 2022.

Advancing China’s space program is a priority for Beijing, with President Xi Jinping calling for the country to establish itself as a space power. Apart from its civilian ambitions, Beijing has also tested anti-satellite missiles.

China insists its space program is for peaceful purposes, but the U.S. Defense Department has highlighted its increasing space capabilities, saying it was pursuing activities aimed at preventing adversaries from using space-based assets in a crisis.

The “core module” for the space station would be called the “Tianhe-1,” the Chinese word for galaxy or Milky Way, Wang Zhongyang, spokesman for the China Aerospace Science and Technology Corp, told Xinhua.

“Two space labs will be launched later and dock with the core module, Tianhe-1,” he said. “The construction of the space station is expected to finish in 2022.”

He gave no details of what the “core module” would consist.

“If the International Space Station, which has extended its service, is retired by 2024, China’s new space station will be the only operational one in outer space,” Wang added.

In a manned space mission in 2013, three Chinese astronauts spent 15 days in orbit and docked with an experimental space laboratory, the Tiangong (Heavenly Palace) 1.

This year, China will launch the Tiangong 2 and Shenzhou 11 spacecraft, which will carry two astronauts and dock with Tiangong 2, Xinhua added.

Next year, China’s first cargo ship, Tianzhou 1, will attempt to dock with Tiangong 2, it said.

China also plans a space telescope similar to the Hubble Space Telescope, which will “be on a separate space unit and share orbit alongside the space station,” Wang added.

Xinhua, in a separate report, said China was also working on its own reusable rocket technologies and has already built a prototype model.

“The experiment has laid a solid foundation for the realization of reusable rockets in the country,” an unnamed source told Xinhua.

China has been moving to develop its space program for military, commercial and scientific purposes, but is still playing catch-up to established space powers such as the United States and Russia.

The Jade Rabbit and the Chang’e 3 probe that carried it there marked the first “soft landing” on the moon since 1976. Both the United States and the Soviet Union had accomplished the feat earlier.