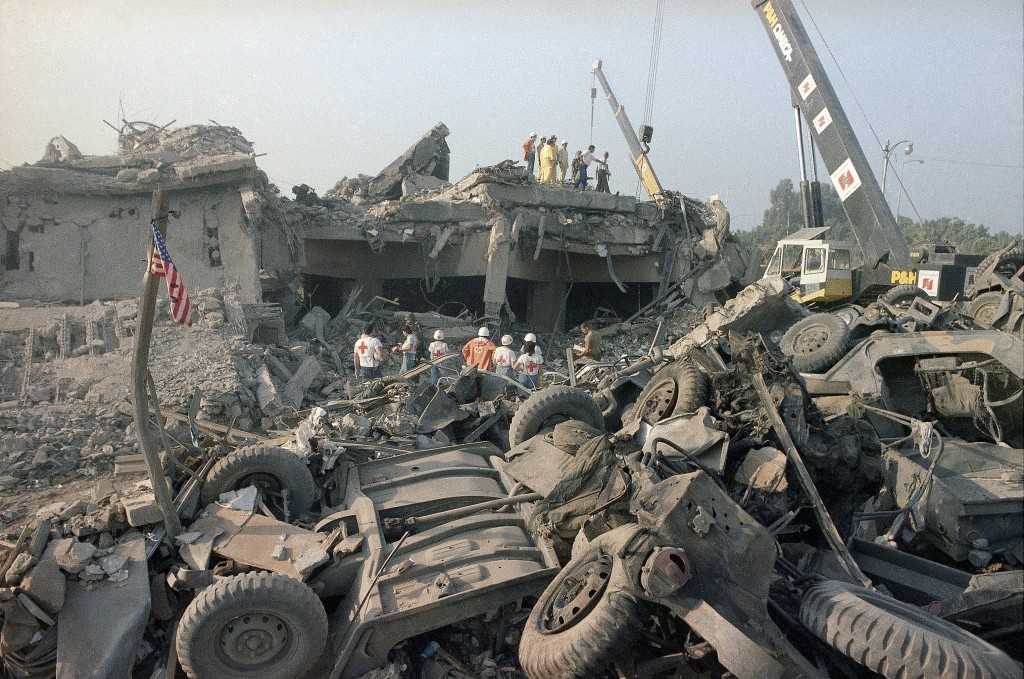 The Supreme Court on Wednesday cleared the way for families of victims of the 1983 Marine barracks bombing in Beirut and other terrorist attacks linked to Iran to collect nearly $2 billion in frozen Iranian funds.

The court’s 6-2 ruling directly affects more than 1,300 relatives of victims of attacks, some who have been seeking compensation for more than 30 years. They include families of the 241 U.S. service members who died in the Beirut bombing.

Other terror victims and their families who are not covered by Wednesday’s decision also could benefit because they now stand to reap a larger share of a government-administered fund intended for victims of state-sponsored terrorism.

The decision, issued amid a warming in relations with Iran, is important because it is the first time Iran is being made to feel the sting of its past support for terrorism, said Notre Dame law professor Jimmy Gurule, a former Treasury Department official.

The ruling also comes as controversy swirls over pending legislation in Congress that would allow families of the Sept. 11 attacks to hold the government of Saudi Arabia liable in U.S. court.

The Obama administration, which supported the families in the Supreme Court case, opposes the bill. President Barack Obama met with King Salman in Riyadh Wednesday at the start of a brief trip to the country.

Justice Ruth Bader Ginsburg wrote the opinion for the court rejecting efforts by Iran’s central bank to try to stave off court orders that would allow the relatives to be paid for their losses. The money is sitting in a federal court trust account.

The law, Ginsburg wrote, “does not transgress restraints placed on Congress and the president by the Constitution.”

Chief Justice John Roberts and Justice Sonia Sotomayor dissented. “The authority of the political branches is sufficient; they have no need to seize ours,” Roberts wrote.

Congress has repeatedly changed the law in the past 20 years to make it easier for victims to sue over state-sponsored terrorism; federal courts have awarded the victims billions of dollars. But Iran has refused to comply with the judgments, leading lawyers to hunt for Iranian assets in the United States.

The Supreme Court case involved $1.75 billion in bonds, plus accumulating interest, owned by the Iranian bank and held by Citibank in New York.

The plaintiffs in the lawsuit included relatives of the victims of the Marine barracks bombing in Beirut, the 1996 terrorist bombing of the Khobar Towers in Saudi Arabia which killed 19 service members, and other attacks that were carried out by groups with links to Iran. The lead plaintiff is Deborah Peterson, whose brother, Lance Cpl. James C. Knipple, was killed in Beirut.

“We are extremely pleased with the Supreme Court’s decision, which will bring long-overdue relief to more than 1,000 victims of Iranian terrorism and their families, many of whom have waited decades for redress,” said Theodore Olson, the former Bush administration Justice Department official who argued on behalf of the families at the Supreme Court.

Liberal Democrats and conservative Republicans in Congress supported the families in the case. “The court made the right decision today. Families of Iranian terror victims have had to wait far too long to recoup these payments. While we can only provide so much comfort to those who grieve, I hope this ruling will help bring justice,” said House Speaker Paul Ryan.

The fund has $1 billion that must be distributed by the end of the year, said Stuart Newberger, a partner at the Crowell & Moring law firm in Washington who represents roughly 500 people in claims against Iran for embassy bombings in Kenya and Lebanon.

Wednesday’s Supreme Court decision will reduce the number of people who are eligible to collect from the new fund, Newberger said.