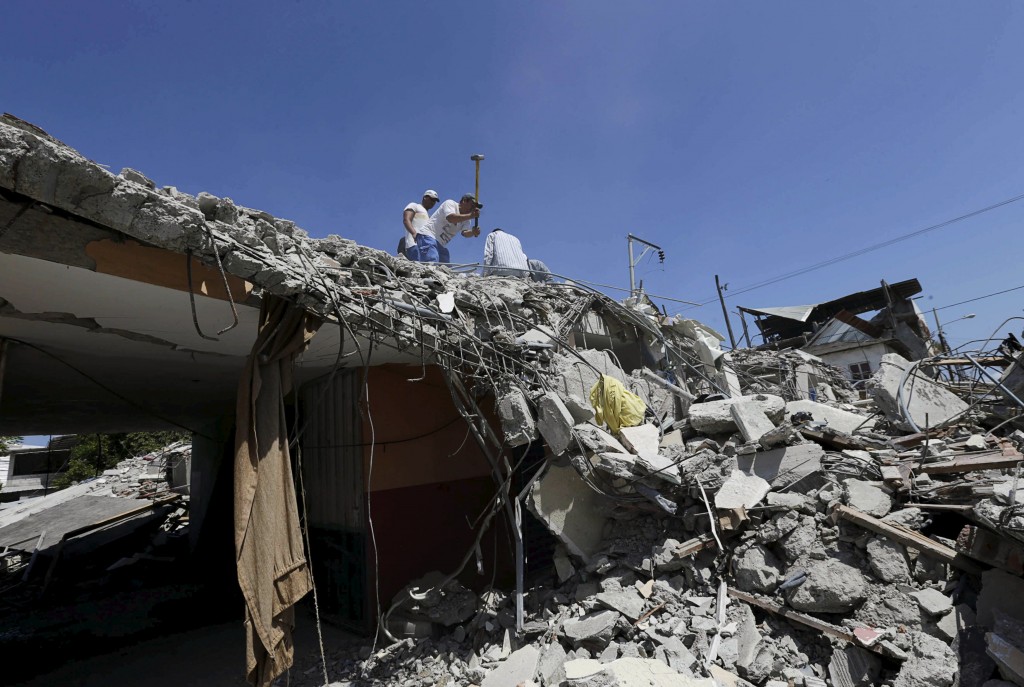 A magnitude 6.2 earthquake struck off the coast of Ecuador on Wednesday, the Pacific Tsunami Warning Center said, just days after a major quake hit the country, killing nearly 500 people.

The quake was centered 70 km (44 miles) west-southwest of Esmeraldas at a shallow depth of 10 km, it said, not far from the epicenter of Saturday’s 7.8 magnitude quake.

Reuters witnesses in the zone said two strong tremors of about 30 seconds each were felt, waking people up and sending them racing into the street.

The quake was not felt in the highland capital of Quito.

There was no immediate word from authorities on the impact of Wednesday’s earthquake.