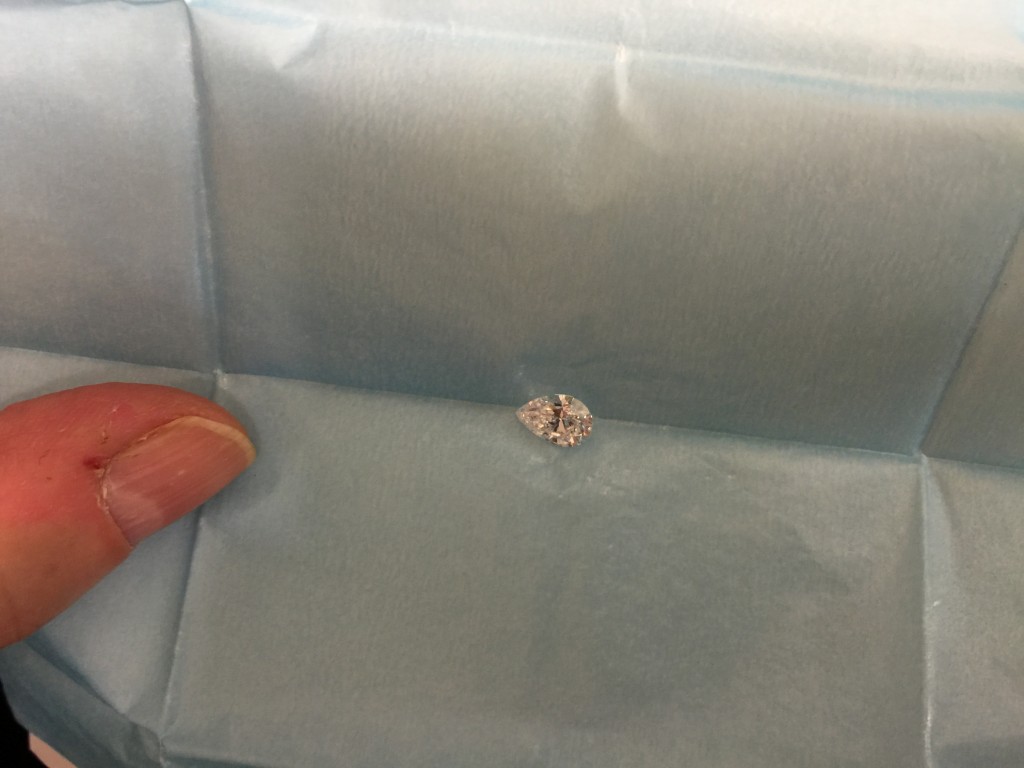 The jewelry industry is in the midst of a dispute about how diamonds that look like the real deal, but are not exactly, can be advertised.

As it stands, sellers of synthetic diamonds must label them as “lab-grown” or “lab-created.” But marketers of these man-made gems have launched a campaign to allow them to describe their merchandise as “cultured” diamonds, a move that sellers of natural jewelry and gemstones vehemently oppose.

“The phrase ‘cultured’ usually refers to pearls, not diamonds,” said Cecilia Gardner, CEO of the Jeweler Vigilance Committee in New York. “The JVC has taken the position that the word ‘cultured’ should only be used to describe pearls and nothing else.”

The issue has come to the forefront due to a looming June 3 deadline at the Federal Trade Commission for submitting public comments on proposed amendments to its official Jewelry Guides. The guides are a set of rules to help businesses steer clear of making deceptive claims about precious metal, pewter, diamonds, gemstones and pearl products, including what types of disclosures are needed.

John Henne, owner of Henne Jewelers in Pittsburgh, said the guides play an important role in policing the industry. The industry organization he belongs to — Jewelers of America in New York — also will be submitting some pearls of wisdom for the new edition.

“You want to make sure it’s a level playing field, so that when jewelry sellers are describing their items they use similar terminology,” Henne said. “This avoids confusion for the consumer. There are ways people can talk around things and lead someone to believe something is better than it is.”

The Jewelry Guides address virtually all aspects of the jewelry and precious metals industry. For instance, if a jewelry retailer’s advertisement shows a diamond or gemstone greater than its actual size, there must be a disclosure about its actual size.

Retailers cannot use terms such as “faux pearl,” “fashion pearl” or “Mother of Pearl” to describe or qualify an imitation pearl unless it is immediately preceded with equal conspicuousness by the word “artificial,” “imitation” or “simulated.”

Reenah Kim, an attorney with the FTC in Washington, D.C., said the commission has been addressing jewelry industry trade practices for nearly 100 years.

The first Jewelry Guides originated in 1918 following a trade practice conference. The guides were reissued in 1979. Typically, she said, the FTC seeks to do a full comprehensive review every 10 years. The last came in 1996.

“These are industry guides intended to help the jewelry industry practice in conformance with the law,” Kim said. “They are not independently enforceable as rules, but a failure to follow the guidance could result in enforcement action under the FTC act, which prohibits unfair or deceptive practices, if the commission finds the act or practice is unfair or deceptive.”

This time around, it seems the main issue that has the jewelry industry buzzing is the potential change in how synthetic diamonds can be marketed.

Henne said synthetic diamonds have all of the exact chemical composition of a natural diamond, but are made in a laboratory. They are typically sold online, but some jewelers are building their business model on synthetic diamonds. One synthetic diamond company — Wedding Day Diamonds — has eight store locations throughout Minnesota.

Henne Jewelers neither sells or stocks synthetic, but Henne said he has had a customer or two over the years who has inquired about them. “We brought in some synthetic diamonds for their inspection, but so far we have not sold any,” he said. “They have always chosen natural diamonds when we’ve shown them the difference.”

He said when synthetic diamonds came onto the scene about two years ago, they were selling at only a slight discount of 20 percent to 30 percent to natural diamonds.

The FTC currently permits sellers of synthetic diamonds to label them as “lab-created” or “lab-grown,” but one of the recommendations submitted to the commission is that marketers be allowed to describe synthetic diamonds as “cultured.”

Lou Guarino, owner of Louis Anthony Jewelers in suburban Pittsburgh, said consumers need to be aware of exactly what they are buying.

“In the past, certain stores or online companies sold diamonds that had been enhanced to alter the original color and clarity of the diamond, which would obviously make that a less expensive stone,” he said. “The problem then is that buyers will have purchased something of less value than they believed it is.”

He suggests consumers look for stores credentialed by institutions such as the American Gem Society. “I recommend shopping locally and developing a relationship with a store or individual who has the background and qualifications to be known for selling accurate jewelry and gem stones.”