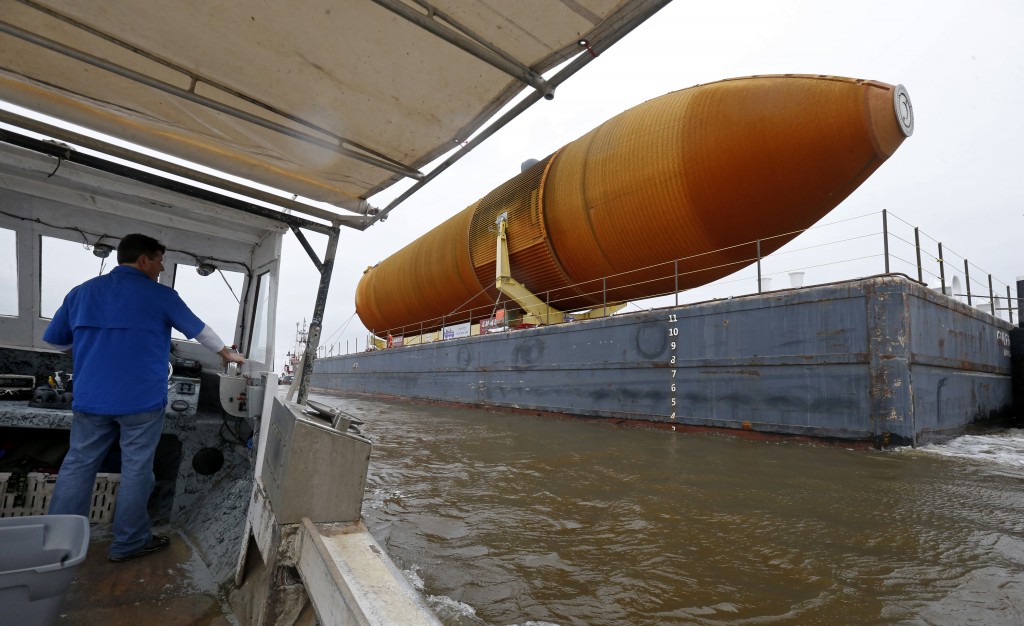 NASA’s only remaining space shuttle external fuel tank is headed to California where it will end up as part of a permanent display with the retired space shuttle Endeavor.

The tank, ET-94, was built for the space shuttle program but never used in flight. The 15-story, 32½-ton external tank left the NASA assembly facility in New Orleans Sunday on a barge and was to arrive at the dock in Marina Del Rey on May 18 before beginning a 12-mile ride through the streets of Los Angeles to its new home, the California Space Center.