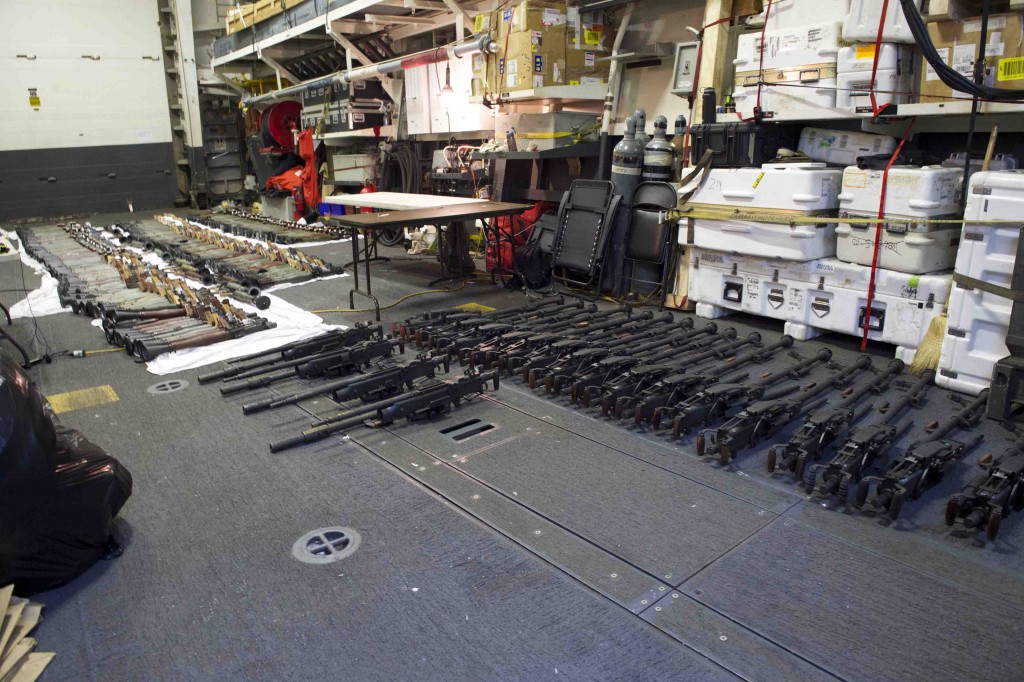 The U.S. Navy says it has seized a weapons shipment in the Arabian Sea from Iran likely heading to war-torn Yemen.

The Navy said in a statement Monday that the USS Sirocco on March 28 intercepted and seized the shipment of weapons hidden aboard a small dhow, a type of ship commonly used in the Persian Gulf and Indian Ocean.

The Navy said the shipment included 1,500 Kalashnikov assault rifles, 200 rocket-propelled grenade launchers and 21 .50-caliber machine guns. It said those aboard the dhow were released after sailors confiscated the arms.

A Saudi-led, U.S.-backed coalition is fighting in Yemen against Shiite rebels and their allies there. Officials have linked similar weapons seizures to Iran and the Shiite rebels, though the rebels deny receiving support from the Islamic Republic.