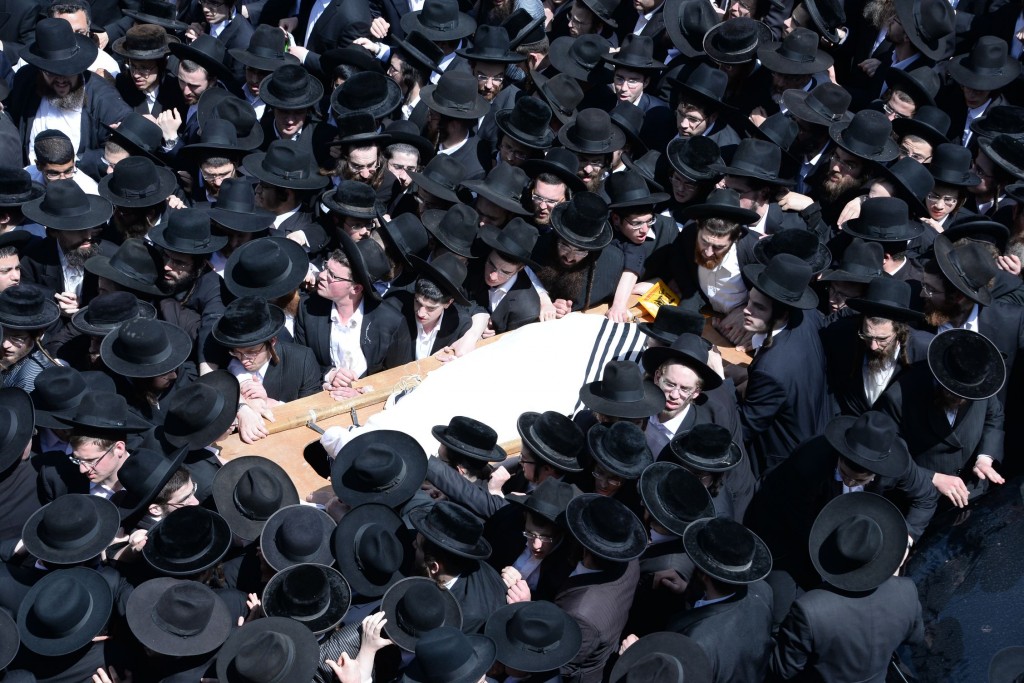 Harav Meir was the Rosh Yeshivah of Yeshivas Brisk in Zichron Moshe, Yerushalayim. He was 87 at his petirah.

Two weeks ago, the Rosh Yeshivah was hospitalized in the Shaarei Zedek hospital after a serious stroke. Tefillos were held on his behalf across the Torah world, including at the kever of his father, the Brisker Rav, on Har Hamenuchos, but unfortunately, the gezeirah was sealed and late Motzoei Shabbos he was niftar, in the presence of family members and talmidim.

Harav Meir Soloveichik was born in 5689/1929 to his illustrious parents, Harav Yitzchak Ze’ev (Reb Velvel) and Rebbetzin Hendel, in Brisk, Belarus, where his father served as Rav and Rosh Yeshivah following the petirah of his father, Harav Chaim Brisker, zt”l. Growing up in the home of the Torah giants of Brisk left an everlasting impression on Reb Meir.

The Brisker Rav and his family managed to leave Europe and arrived in Eretz Yisrael in 5701/1941, where the Rav reestablished the Brisker Yeshivah in Yerushalayim. Reb Meir was twelve years old at the time. He learned in Yeshivas Eitz Chaim, and later under the tutelage of his father.

The Brisker Rav would fondly call Reb Meir the “iluy” of his sons and would often talk to him in learning.

When he came of age, Reb Meir married, lhbch”l, Rebbetzin Elisheva, the daughter of Rav Yechiel Benedikt, zt”l, of Bnei Brak, a close confidant of the Chazon Ish, zt”l. He was married just a few months before the petirah of his father, the Brisker Rav.

In Yerushalayim, Reb Meir disseminated Torah to hundreds of bachurim and avreichim, teaching them the noted Brisker derech halimud. His yeshivah was on Rechov Reishis Chochmah, in the Zichron Moshe neighborhood.

Reb Meir was noted for his Chumash and Rashi shiurim, in which he would intertwine words of mussar to his talmidim.

Harav Meir’s levayah began 11 a.m. Sunday morning from his home in Zichron Moshe and proceeded to Har Hamenuchos, where he was buried near the kever of his father.

Harav Meir is survived by, yblch”t, his Rebbetzin and his sons Harav Yitzchak Ze’ev, who succeeds his father as Rosh Yeshivah; Harav Yechiel Naftali; Harav Avraham; Harav Yosef Dov; and his daughter Rebbetzin Hendel, who is married to Harav Tzvi Grossbard, as well as grandchildren and many talmidim the world over. He is also survived by his older brother, Hagaon Harav Meshulam Dovid, shlita, and a sister, Rebbetzin Rivkah Schiff.