General NY State Budget Raises Aid to Schools to $24.8B 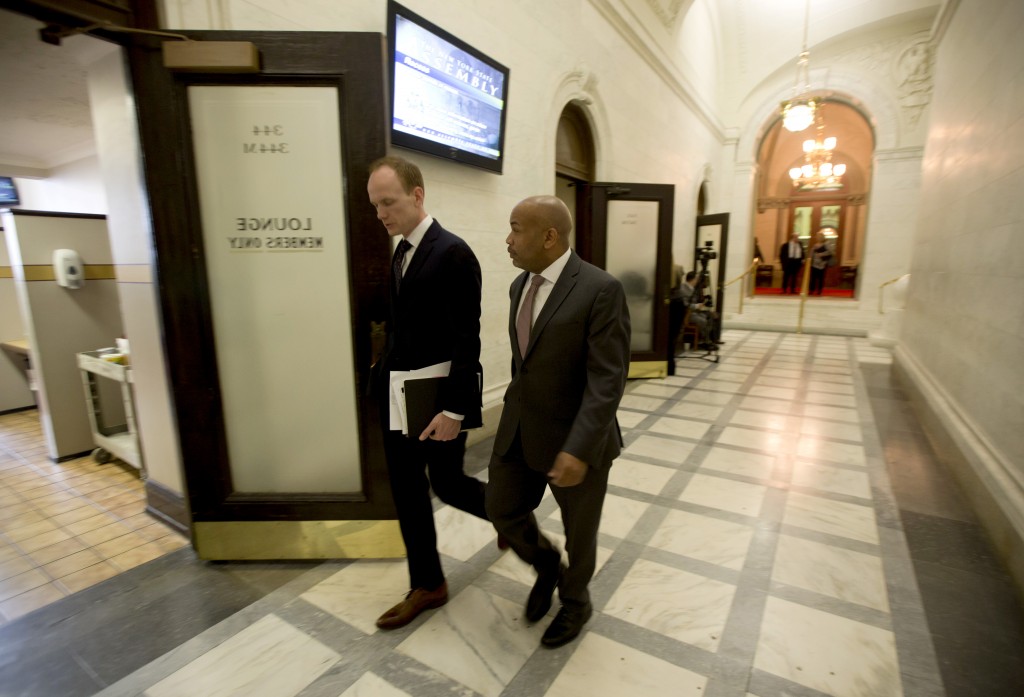 Budget deliberations in the state Senate and Assembly blew past a midnight deadline and into the start of a new fiscal year Friday.

The Senate plans to work into the early morning hours to pass the $156 billion state budget proposal. Members of the Assembly, however, are expected to return later Friday morning for final votes.

On-time budgets have been seen as an indicator of government effectiveness in recent years, and have been a top priority for Gov. Andrew Cuomo. Last year’s budget also was late, but only by a few hours.

The highlights of this year’s budget are a modified version of Cuomo’s proposal to gradually raise the minimum wage to $15 an hour, a middle-class tax cut and a program giving workers paid time off to care for a sick relative or new child.

The $156 billion negotiated budget plan would provide $24.8 billion in aid to public schools, up $1.3 billion.

The aid supports near 700 school districts with 2.8 million students from pre-kindergarten through 12th grade.

It also eliminates the so-called gap elimination adjustment — the state policy of taking back some school aid to balance the budget, which primarily affected many suburban districts.

Administration officials estimate the lower tax rates will save more than 4 million filers nearly $6.6 billion in the first four years, with annual savings reaching $4.2 billion by 2025.

New York workers will become eligible for paid family leave in 2018 under the budget agreement between the Cuomo administration and legislative leaders.

Alphonso David, counsel to Gov. Andrew Cuomo, said the 12 weeks of leave to care for a child or other family member will be funded by worker payroll contributions that will cost from 70 cents a week up to $1.40.

New York’s minimum wage will rise to $15 — eventually — under a complicated agreement worked out by Gov. Andrew Cuomo and top lawmakers.

The Democratic governor told reporters Thursday night that the series of increases is “calibrated” to match the state’s regional economies. Now $9, the minimum wage would rise to $15 in New York City in three years and on Long Island and in Westchester County in six years.

The wage would increase more gradually upstate, hitting $12.50 in six years. Further increases to $15 tied to economic indicators like inflation.

California lawmakers voted Thursday to raise their state’s wage to $15 by 2022.