World Zika’s Structure Has Been Revealed, Bringing Scientists Closer to a Vaccine
World 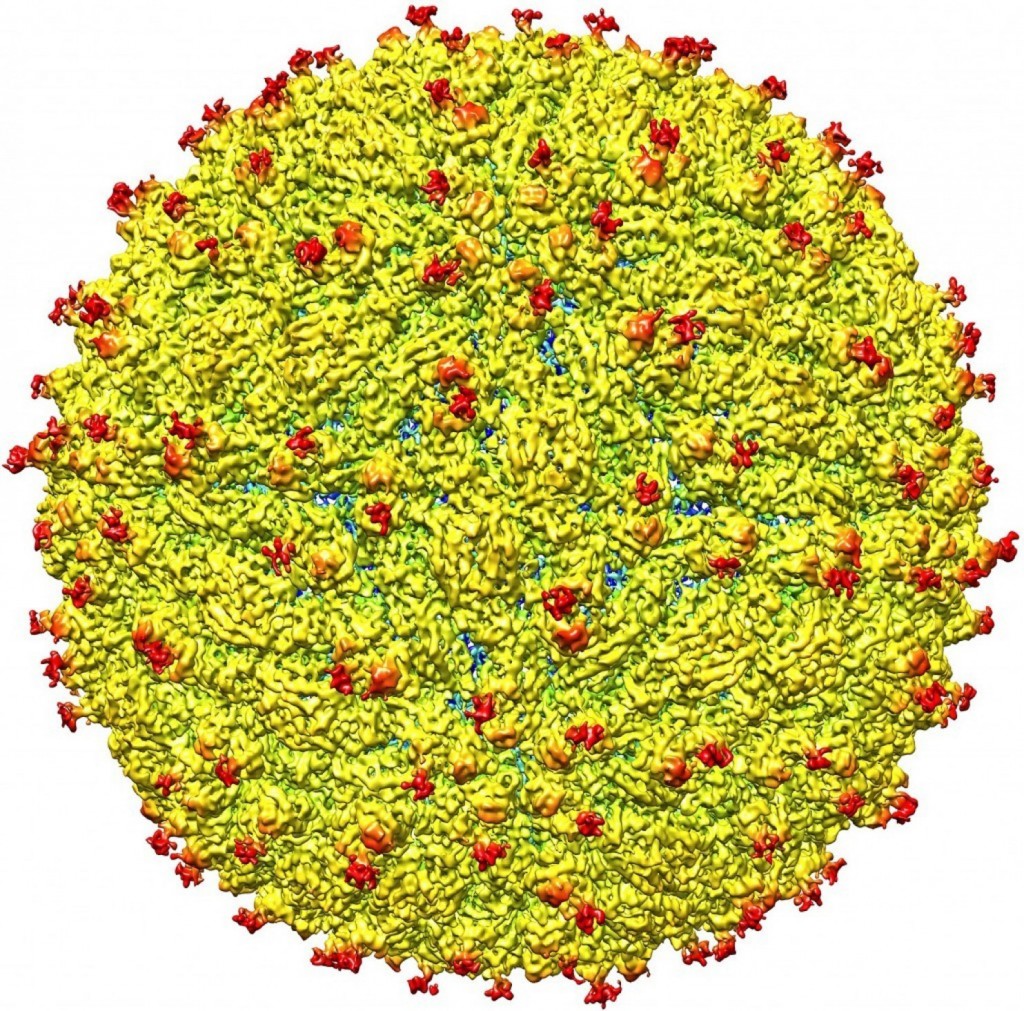 Zika, the mosquito-borne virus linked to severe microcephaly in unborn children of infected women, just lost a little bit of its edge to researchers. On Thursday, a Purdue University team published the virus’s structure for the first time in the journal Science.

By outlining the physical structure of the virus in near-atomic detail, they have made it possible for scientists to determine the unique properties that make Zika so dangerous — and how those abilities might be knocked out with vaccines and treatments.

Zika is a flavivirus — a member of the same family as other mosquito-borne illnesses, such as dengue, West Nile and yellow fever — and its strong similarity with those better-understood viruses was confirmed in the study. But scientists are most interested in what makes Zika different.

“Most viruses don’t invade the nervous system or the developing fetus due to blood-brain and placental barriers, but the association with improper brain development in fetuses suggest Zika does,” study author Devika Sirohi, a graduate student at Purdue, said in a statement. “It is not clear how Zika gains access to these cells and infects them, but these areas of structural difference may be involved. These unique areas may be crucial and warrant further investigation.”

In an interview with The Washington Post, Purdue’s Michael Rossmann, who co-led the team with Richard Kuhn, said that their examinations with an electron microscope had found significant changes to the Zika virus’s surface.

It shares a basic structure with all flaviviruses: Genetic info in the form of RNA is surrounded by a fatty membrane, then encased in a protein shell with a 20-sided face. The protein shells are made of 180 copies of two different proteins, each composed of chains of different amino acids. Once inside a target cell, the virus breaks apart and forces the host to do its bidding, replacing the instructions coded into the cell’s DNA with those programmed by viral RNA.

Zika differs most from other flaviviruses at a spot thought to be crucial to the cellular break-in. At this site, a carbohydrate molecule — made of different sugars — sits on the virus’s protein shell. The so-called glycosylation site where Zika differs actually protrudes from the shell of the virus. In other viruses, similar protrusions act like strangers offering candy, tricking the human cell into binding with the invader. Like other flaviviruses, Zika seems to have a unique smattering of amino acids around that area.

“That makes it very different in a very important respect,” Anthony Fauci, director of the National Institute of Allergy and Infectious Diseases, told The Post. While the findings don’t begin to question how or why these changes might allow Zika to have such disastrous effects on fetal brain development, he said, “it provides a very plausible explanation for why we’re seeing Zika do things these other flaviviruses don’t do.”

Rossmann compares studying a mysterious virus like Zika to opening the hood of a car and figuring out how the engine works — if it’s the first car you’ve ever seen.

The hope is that all of that tinkering will lead to treatments — and one day, a vaccine. Now that they know the virus’s structure in intimate detail, Rossmann explained, scientists won’t be flying blind when they pull antibodies from patients. They’ll be able to understand what structures on the virus are being interfered with and how vaccines might interfere in the same way.

“The daunting, concerning and yet sometimes exciting aspect of all of this is that, as the weeks go by, you know more and more,” Fauci said.

He pointed to recent cases that have highlighted new Zika risks: We now know that Zika can be transmitted from one person to another, for example. It’s also now clear that early blood tests and ultrasounds can miss signs of the infection and of harm to the unborn child that come to light later. And while researchers used to think that only first-trimester infections were dangerous, they now have seen that expectant mothers infected later can expose their unborn child to the virus as well.

And that’s worrisome, because Fauci doesn’t think Zika is going away anytime soon. “I don’t think it’s going to be a come-and-go phenomenon,” he said, comparing it with its cousin dengue — which has been a persistent public health problem for years. The NIAID hopes to have a vaccine in efficacy trials by early 2017, and he expects “a lot of active infections” will be around at that time.

Understanding the structure of Zika will certainly help make more effective vaccines, but there are months — and maybe years — of hard work ahead.