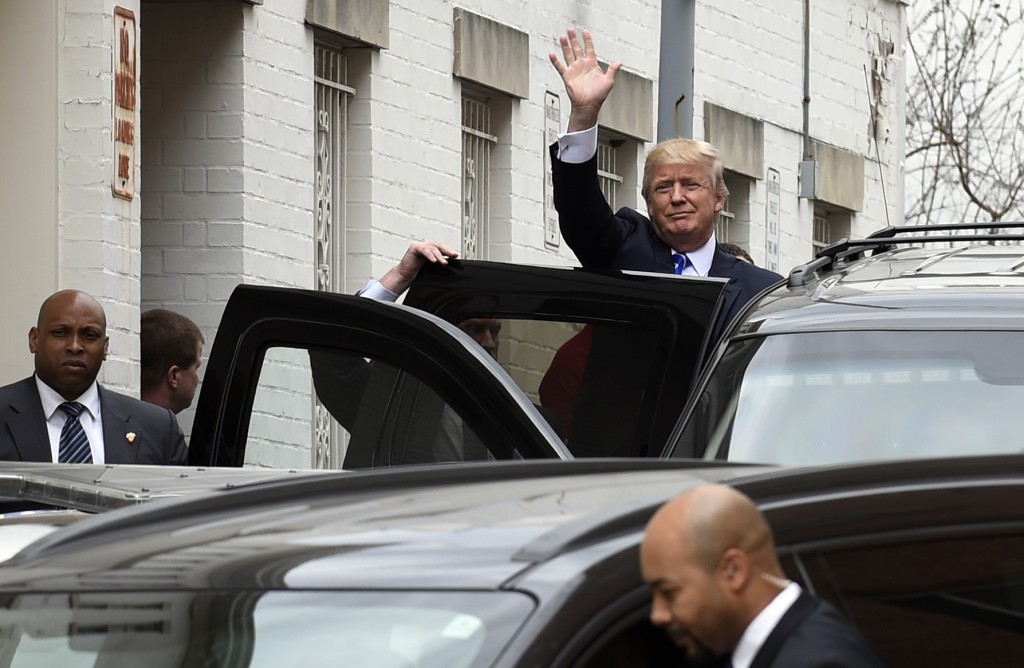 U.S. Republican presidential front-runner Donald Trump took a detour from the campaign trail on Thursday and held an unexpected meeting in Washington with Reince Priebus, the head of the Republican National Committee.

It was not immediately clear what the two men discussed but the meeting came after months of tension between Trump and the party he seeks to represent in the Nov. 8 election.

Trump this week abandoned a pledge to support the eventual Republican nominee if it is not him. He has also complained about the party’s delegate allocation process as he seeks to win the 1,237 delegates necessary for the nomination.

“Just had a very nice meeting with @Reince Priebus and the @GOP. Looking forward to bringing the Party together — and it will happen!” Trump wrote on Twitter.

Barry Bennett, an adviser to the Trump campaign, said on MSNBC that the meeting was about Trump helping the RNC raise money. “The meeting is to help the RNC,” he said.

Trump also met with his foreign policy team in the capital on Thursday after a series of statements by the billionaire businessman on national security issues that have drawn criticism.

In recent interviews, Trump has declared the NATO alliance obsolete, described Saudi Arabia as too dependent on the United States and said Japan and South Korea may need to develop their own nuclear programs because the U.S. security umbrella is too costly to maintain.

In an MSNBC town hall on Wednesday night, Trump did not rule out the potential use of nuclear weapons in Europe or the Middle East to combat Islamic State terrorists. “I would never take any of my cards off the table,” he said.

Max Boot, a conservative national security expert and member of the Council on Foreign Relations, wrote in Commentary Magazine this week that Trump is “singularly unqualified to be commander-in-chief.”

“With Trump in command, our enemies would have a field day – Moscow and Beijing must be licking their chops at his desire to abandon U.S. allies in Europe and Asia – and our friends would face mortal threats. If that isn’t the single biggest threat to U.S. security, I don’t know what is,” Boot wrote.