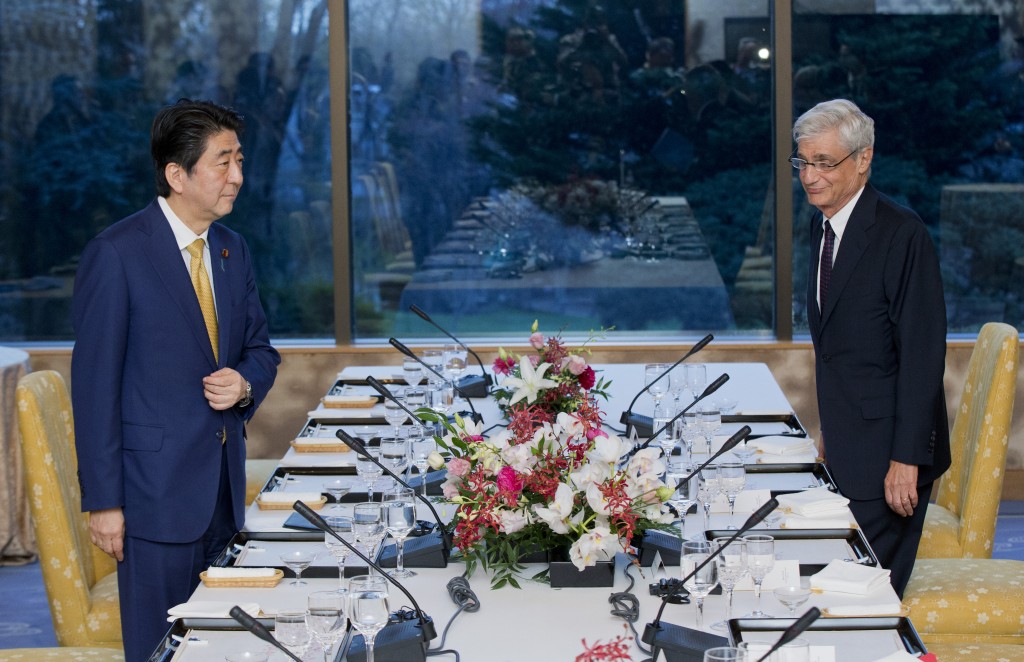 The leaders of China, India, Japan and South Korea are among the heads of government converging on Washington for a summit on countering the nightmarish threat of nuclear terrorism. But with tensions in North Korea and the South China Sea running high, the meetings that Asian leaders have on the sidelines could attract more attention than the summit itself.

President Barack Obama has put a premium on expanding ties with Asia, in part to counter the rise of China. The U.S. has deepened ties with India, and strengthened long-standing alliances with Japan and South Korea while prodding these two core East Asian allies to overcome their historical differences. Despite the strategic rivalry, Obama and Chinese President Xi Jinping have also striven to cooperate, which has yielded mixed results. Here’s a look at who will be meeting in Washington and the dynamics that will be in play:

Obama will reprise a joint meeting he had with Japanese Prime Minister Shinzo Abe and South Korean President Park Geun-hye at the last nuclear security summit held in The Hague in 2014. That marked a concerted but subtle U.S. push for Tokyo and Seoul to resolve the acrimony between them over Japan’s colonial occupation of the Korean Peninsula in the first half of the 20th century and its military’s use of Asian female slaves during World War II. In December Japan and South Korea reached an agreement including an indirect apology from Abe and a Japanese pledge to provide 1 billion yen ($8 million) to a fund for the South Korean victims. That has calmed the tensions between the U.S. allies, but uncertainty remains over the implementation of the agreement.

One thing Japan and South Korea have rarely disagreed over is North Korea, whose missiles could target both countries. The White House says Obama, Abe and Park will on Thursday discuss security cooperation and responses to the North Korean threat after its recent nuclear test and space launch.

What Obama Wants From China, and What China Wants

Obama’s meeting with the Chinese leader comes just six months since their last talks in Washington during a state visit. There will be less grandeur this time, but the stakes may be higher. Obama will be urging China to implement the tough U.N. sanctions it signed up to for use against North Korea, its traditional ally. Xi will want the U.S. to restart negotiations with the North, although the prospects appear slim unless sanctions bite and the North makes nuclear concessions. Since annual U.S.-South Korean war games began this month, Pyongyang has been testing missiles and artillery, and has threatened nuclear strikes on Washington and Seoul.

Also on the agenda will be China’s island-building and construction of military facilities in the disputed South China Sea. Tensions there look set to intensify with an upcoming ruling from an international tribunal that could challenge the legal basis of Beijing’s sweeping territorial claims. China accuses the U.S. of stoking tensions by sending military ships and planes through the area on freedom of navigation maneuvers.

Who’s Talking and Not Talking at These Talks?

Obama’s presidency is in its final year, but he’s not the only center of attention this week in Washington. Park is set to meet Xi in a sign of how South Korea and China have grown closer through their economic bonds and Beijing’s disaffection with North Korea. Park is also slated to meet separately with Abe as Japan-South Korea tensions ease. But with Japan-China relations still hampered by a territorial dispute and historical grievances, Japanese officials say there’s no plan for Abe to meet Xi.

Indian Prime Minister Narendra Modi will also be at the nuclear summit, but there’s no prospect for reconciliatory talks with archrival Pakistan because its prime minister, Nawaz Sharif, canceled his Washington trip following a suicide bombing targeting Christians in Lahore that killed more than 70 people.