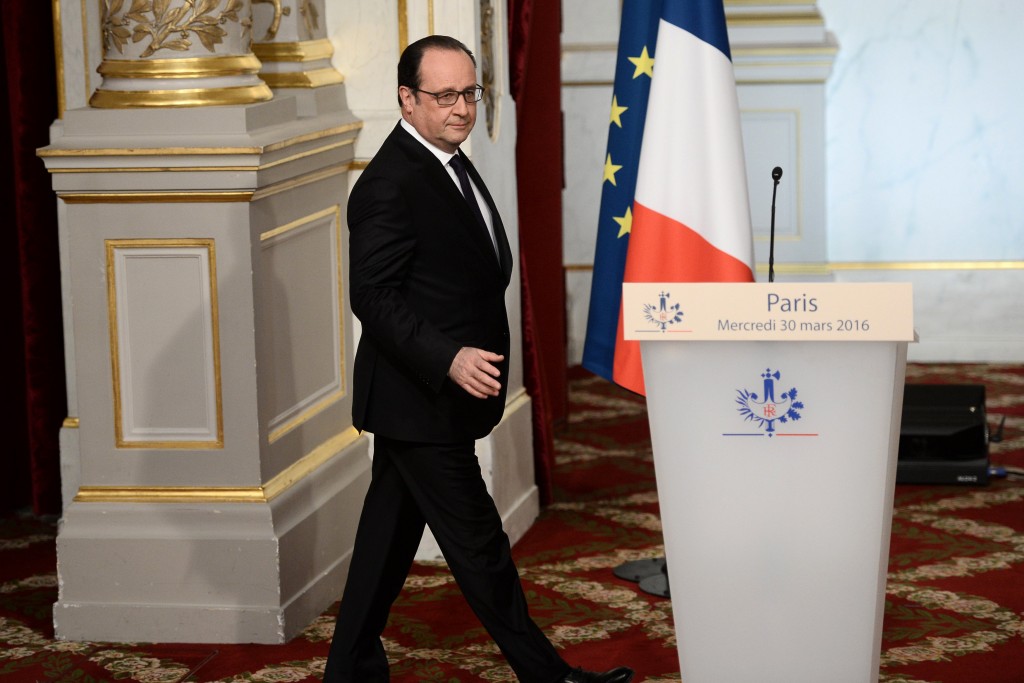 France’s president said on Wednesday he would not push ahead with plans to change the constitution, including a clause allowing convicted terrorists to be stripped of their French nationality, after parliament failed to agree on the measure.

“Parts of the opposition have been hostile to a revision of the constitution. I deplore this attitude,” Francois Hollande said after a weekly cabinet meeting. “I have decided to end this debate.”

The plan’s withdrawal is a major embarrassment for the Socialist president, who had unveiled it in a solemn address to parliament at the grand palace of Versailles only three days after Islamist militants killed 130 people in Paris.

The initiative had divided lawmakers and caused months of heated discussions on what critics said was an inefficient and purely symbolic measure.

Hollande’s plan to insert the rules for the state of emergency in the constitution was also abandoned.