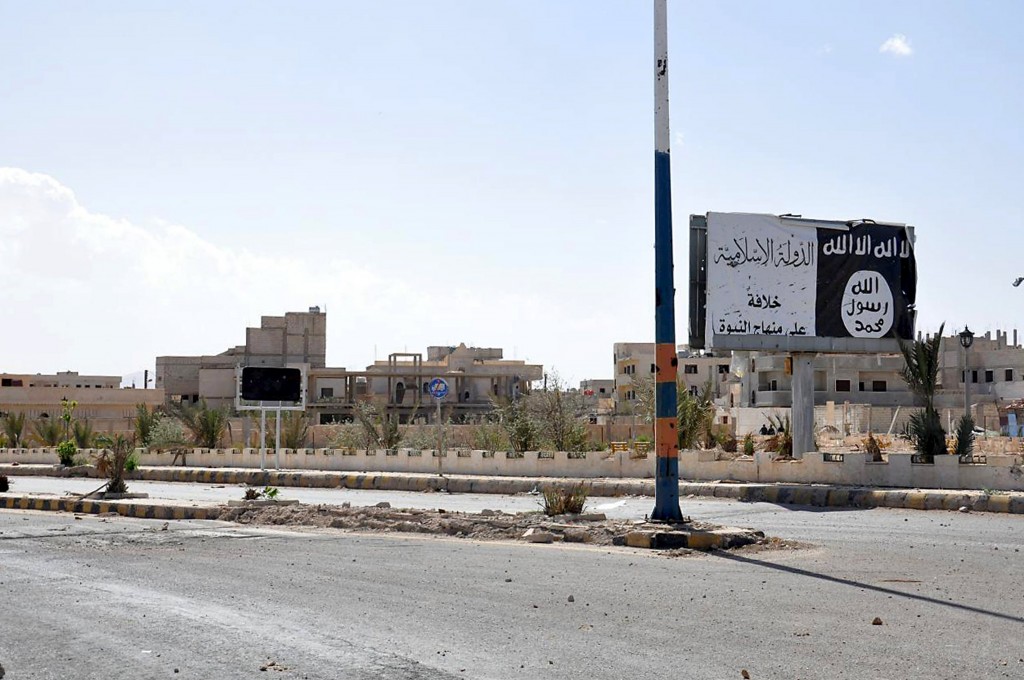 Syrian government forces backed by Russian air strikes battled Islamic State terrorists around Palmyra on Monday, trying to extend their gains after taking back control of a city whose historic buildings were dynamited by the ultra-radical terrorists.

The loss of Palmyra on Sunday amounts to one of the biggest setbacks for the terror group since it declared a caliphate in 2014 across large parts of Syria and Iraq.

The Syrian army said the city, home to some of the most extensive ruins of the Roman Empire, would become a “launchpad” for operations against Islamic State strongholds in Raqqa and Deir al-Zor, further east across a vast expanse of desert.

There were clashes northeast of Palmyra between Islamic State and forces allied to the government, supported by Syrian and Russian air strikes, according to the Syrian Observatory for Human Rights, which monitors the war.

Air strikes, believed to be Russian, also targeted the road running east out of Palmyra towards Deir al-Zor, it said.

Although most of the Islamic State force fled Palmyra on Sunday, there were still some terrorists in the city, the Observatory said. Observatory director Rami Abdulrahman also said most residents fled before the government offensive and it had not heard about any civilian deaths.

On Sunday six explosions were heard, triggered by triple car bombings inside the city and its fringes by the terror group. Three terrorists with suicide belts also blew themselves up, inflicting unspecified casualties among army forces and allied troops, the Observatory said.

Abdulrahman said 417 Islamic State terrorists were so far known to have died in the campaign to retake Palmyra, while 194 people were killed on the Syrian government side.

Russia’s intervention in September turned the tide of Syria’s five-year conflict in Assad’s favor. Despite Moscow’s declared withdrawal of most military forces two weeks ago, Russian jets and helicopters carried out dozens of strikes daily over Palmyra as the army thrust into the city.

In a phone call with Russian President Vladimir Putin, Assad said Russia’s air support had been essential in taking back Palmyra, and said the city would be rebuilt.

Russia said it would assist with securing and removing landmines in Palmyra following the campaign, but is still showing signs of its partial withdrawal from Syria.

Islamic State’s ejection from Palmyra came three months after it was driven out of the city of Ramadi in neighboring Iraq, the first major victory for Iraq’s army since it collapsed in the face of an assault by the terrorists in June 2014.

Islamic State has lost ground elsewhere, including the Iraqi city of Tikrit and the Syrian town of al-Shadadi in February, as its enemies push it back and try to cut links between its two main power centers of Mosul in Iraq and Raqqa in Syria.

On Friday the United States said it believed it had killed several senior Islamic State terrorists, including Abd ar-Rahman al-Qaduli, described as the group’s top finance official and aide to its leader, Abu Bakr al-Baghdadi.

There was fierce fighting around the Islamic State-held town of Qaryatain on Monday, 100 km (60 miles) west of Palmyra, which the Syrian government has also been trying to retake. Islamic State seized Qaryatain last August after taking Palmyra.