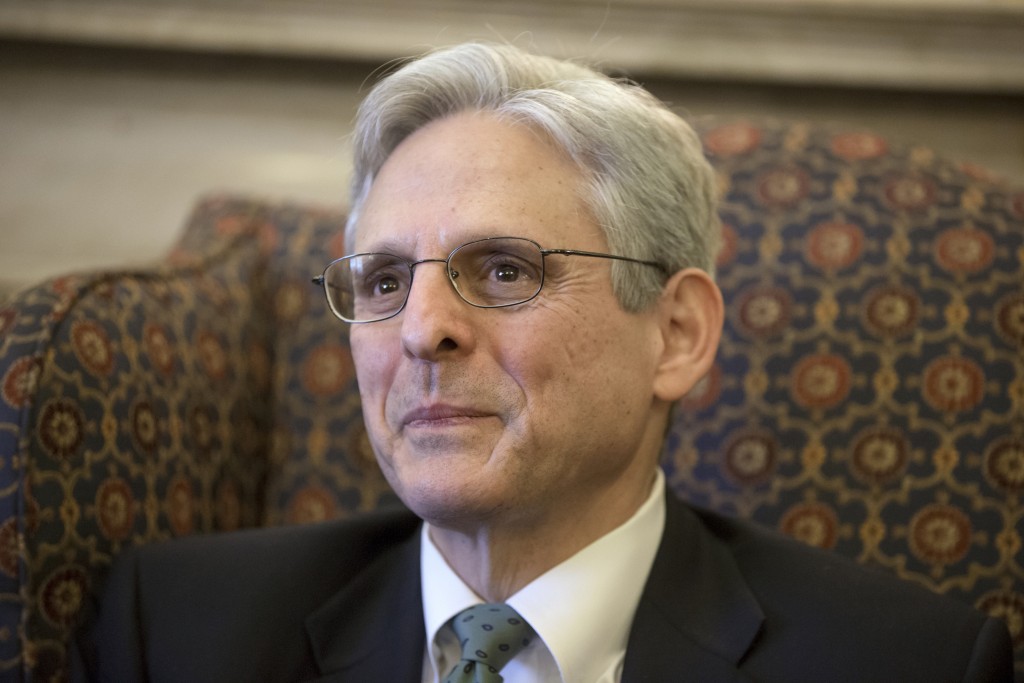 From his first days at Harvard, Merrick Garland’s classmates pegged him as a star. Smartest guy in the room, self-confident, easygoing and thoughtful are some of the compliments they still pay him 40 years later.

For Garland, President Barack Obama’s choice to fill a vacancy on the U.S. Supreme Court, the bonds formed at Harvard College and Harvard Law School have stayed with him and come into play during a career in private practice, as a prosecutor and on the bench.

Classmates said Garland followed a straight and narrow path, even as a young man during a tumultuous time marked by Watergate and protests over the Vietnam War. Every move he made, even back then, seems to have been designed for an unblemished track to success.

“This is something he has modestly prepared himself for his whole career,” said Elliot Gerson, a friend from his Harvard undergraduate days who now oversees the U.S. Rhodes Scholarships.

Garland graduated with honors from Harvard College in 1974 and Harvard Law School in 1977, helping to pay for his education by working summers as a shoe-store clerk and selling his comic book collection. Since then he’s kept strong ties, teaching antitrust law, serving on the Board of Overseers and participating in moot court for law students.

“For the law review to get a sitting justice to write an article — to be chosen to be the editor on that required that you be someone who was both at the top of the class in terms of brains, but also having a good demeanor and a way with people … easy to get along with,” Chertoff said.

Susan Estrich, now a well-known political operative, beat Garland when they both ran for law review president in 1976.

“Some people, when they run for something and don’t get it, they just walk away [from you]. Merrick jumped in with both feet and said, ‘I’ll do anything I can to help you’,” Estrich said.

After her father’s death, Estrich said, Garland made a point of including her in his social circle.

“My entire social life that summer consisted of Merrick looking out for me, including me, inviting me, knowing that I had been through a terrible time that spring,” she said.

Garland’s nomination is now stymied in the Senate by election-year politics, but friends said they couldn’t recall him ever espousing any strong political views. In 1973, he was a member of a student-faculty committee involved in a proposal to hold a student referendum on whether Harvard should allow the Reserve Officers’ Training Corps (ROTC) back on campus. It had left in 1969, the year before Garland arrived.

The request came after a socialist-feminist group known as the New American Movement collected more than 2,500 student signatures on a petition asking for the referendum.

The committee decided not to sponsor the referendum after receiving assurances from the school’s administration that there was no movement to bring ROTC back.

Garland did not make his position on the ROTC public. At the time, he told The Harvard Crimson that some committee members were concerned that the New American Movement was using the ROTC proposal as an opening to discuss Harvard’s involvement in military contracting.

“We would have no problems with discussing things like Harvard’s involvement with the military, but those issues should be raised directly, and not through the medium of ROTC,” Garland told the Crimson.

During his undergraduate years, Garland was involved in student government, served as a proctor and worked as a tutor.

He also wrote for the Crimson, including an article on proposals to deal with student housing issues and an article on a program to offer free fast-food hamburgers to students who donated blood.

In law school, Garland had a deep interest in constitutional law and the role of courts.

“He was not an ideological activist or outlier in any way,” said Kate Stith-Cabranes, a law school classmate who is now a law professor at Yale.

She recalled a conversation with Garland years later when he was leaving his lucrative job at a law firm to join the U.S. Attorney’s Office in Washington, calling it an unusual sacrifice. “He really went as a line prosecutor — that’s unheard of,” Stith-Cabranes said.

Jamie Gorelick, who has known Garland since they attended Harvard and Harvard Law School together, chose him years later to be part of a team of experts to brief former Attorney General Janet Reno during her confirmation process.

In 1994, Gorelick asked Garland to be her principal associate deputy attorney general at the Justice Department. A year later, they turned on the TV in Gorelick’s office to watch coverage of the bombing of the federal building in Oklahoma City. They were stunned to see the bodies of young children being pulled from the rubble.

“Merrick and I both had small children at the time. We were very moved by what we saw. He said, ‘You need to let me go out there. I need to fix this,'” Gorelick recalled.

Garland supervised a team of prosecutors on the case.