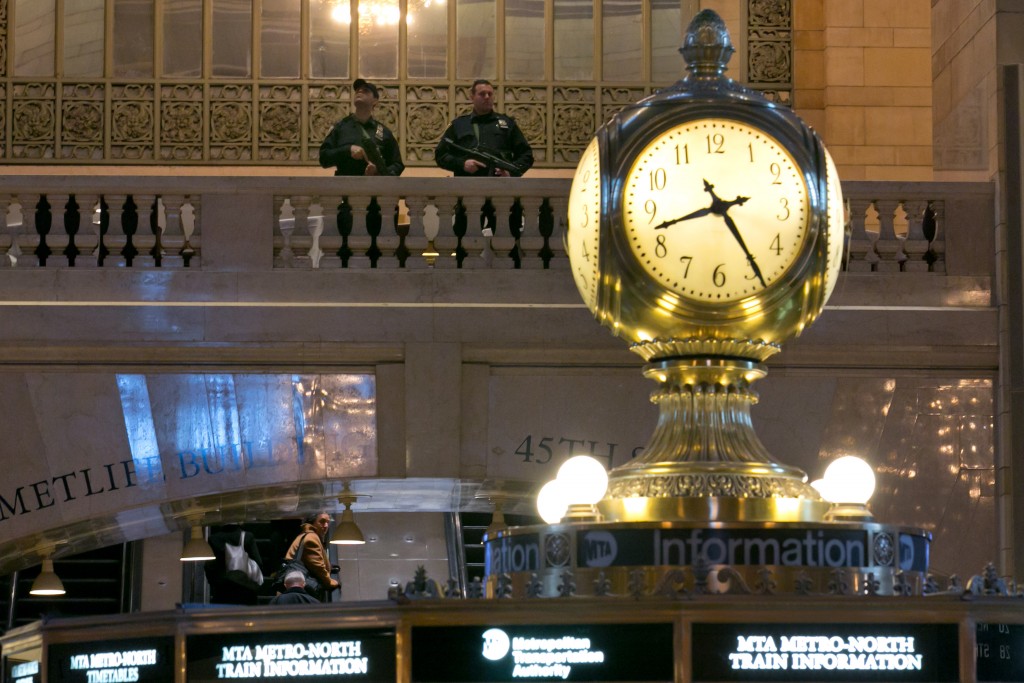 The New York Police Department is increasing security throughout the city following explosions at the airport and subway system in the Belgian capital of Brussels.

“The New York City Police Department is closely monitoring the situation in Belgium and is in close contact with our international partners and with the FBI,” the NYPD said in a statement.

The agency said there was “no known indication that the attack has any nexus to New York City,” but that it was deploying additional counterterrorism units to crowded areas and transit locations across the city “out of an abundance of caution.” The Port Authority Police Department also increased security at the area’s three major airports: John F. Kennedy, LaGuardia and Newark Liberty. It also employed high visibility anti-terrorist patrols throughout the PATH system and the World Trade Center site.

“Until we learn more, the department has deployed additional counterterrorism resources across the city including: the Counterterrorism Response Command (CRC), the Strategic Response Group (SRG), and Hercules Teams,” said the statement. “These teams have been deployed to crowded areas and transit locations around the city out of an abundance of caution to provide police presence and public reassurance as we closely follow the developing situation overseas.

“At this time, there is no known indication that the attack has any nexus to New York City. We will continue to follow the situation in Belgium closely with the Joint Terrorism Task Force and the FBI and adjust the department’s deployments accordingly.

In a statement, New York City Mayor Bill de Blasio said: “NYPD is on increased alert across our city. While we take this threat seriously, we will not live in fear. Our lives will continue today in honor of those lost to terrorism. Securing New York City is our show of solidarity with the people of Brussels and the victims of terrorism worldwide.”

New York Gov. Andrew Cuomo issued a statement in which he expressed solidarity with the terror victims, and described increased security measures in New York.

“The senseless attacks that struck the people of Belgium earlier today have left us all stunned and heartbroken,” Cuomo said in a statement. “These were acts of pure evil that have claimed the lives of people who were doing nothing more than going about their days. My heart grieves for all those who have been impacted, and as we learn more about these attacks, New York will continue to stand shoulder to shoulder with the international community against terrorism – as the world has done for us in the past. And as we have seen time and again, when we are united, terror has never prevailed and never will. On behalf of all New Yorkers, I offer my thoughts and prayers to the people of Belgium on this tragic day.

“I have directed state law enforcement officials to step up security at high-profile locations around the state, including our airports, bridges, tunnels and mass transit systems. Public safety is paramount, and I want the people of this state to know that we are working with all local and federal partners, remaining vigilant and taking all necessary measures to keep New Yorkers safe.”

“While there is no known credible threat to New York State at this time, and the federal threat level has not been elevated by the U.S. Department of Homeland Security, the following actions are being taken out of an abundance of caution to ensure the public’s safety:
· The New York National Guard this morning activated its quick reaction force from Fort Hamilton to provide additional security detail at JFK International Airport. The National Guard has 400 service members on duty today in the NYC area. The Guard is adding an additional service members to transportation infrastructure hubs downstate, including JFK and LaGuardia airports.

· The New York State Police will have State Troopers assigned to Penn and Grand Central Stations as well as the Queens Mid Town Tunnel and the George Washington Bridge.

· The Port Authority is increasing its police presence at all of its airports, bridges, tunnels and the World Trade Center, as well as the PATH and Port Authority Bus Terminal.

· The MTA is coordinating with New York State Police and the Port Authority to elevate its police presence at subway and rail stations in NYC, Westchester and Long Island.

· The State is also in active coordination with local and federal partners, including the FBI’s Joint Terrorism Task Force and the New York City Police Department.”